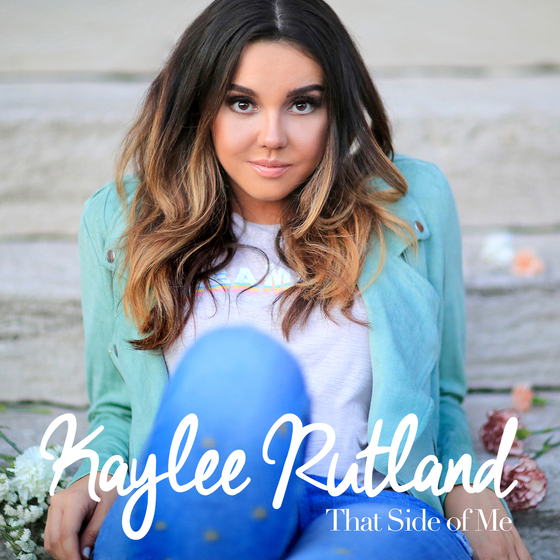 Kaylee Rutland Gets Up Close and Personal With New EP, That Side of Me

Kaylee Rutland Gets Up Close and Personal With New EP, That Side of Me

(Nashville, Tenn. – Sept. 27, 2017) Singer-songwriter, Kaylee Rutland, is set to release her most personal project to date; a six-song EP, titled That Side of Me. Produced by four-time Grammy nominee and Rutland’s longtime producer and mentor, Jamie O’Neal,
listeners are guided track-by-track on a lyrical journey through
different experiences in Rutland’s life.  Appropriately titled, That Side of Me dives into a more emotional and vulnerable side of Rutland.

“My
hope and goal of the EP is that when people listen to the songs, it
will help reveal a different side of them, as it did for me,” Rutland commented about the new release.

The six-song release will be available through all major digital retailers starting Oct. 6, 2017. Following the release, Rutland will appear on the Chevy Main Stage at the State Fair of Texas on Oct. 20.
Her performance will include songs off the new EP.  Following the
appearance, Rutland will headline several exclusive performances for
groups of fans and music industry executives in select cities, including
Dallas, Atlanta, and Nashville.

Rutland continues to earn a name for herself among Country fans and industry supporters; she was included in Country Living Magazine’s “Artist to Watch in 2017,” Billboard Magazine’s “Top 10 Artists to Watch” in 2014, was a finalist in the inaugural Nash Next competition
in 2015, due in large part to her feverish social media following, and
as a result accompanied RaeLynn on tour in 2016.

Most
recently, Rutland’s track “Pick Me Up,” placed second in the Country
category of the music competition, Unsigned Only.  The track, along with
“More of That” and “Rumor Has It” received strong airplay throughout
the summer on Radio Disney Country (which is also available on KRDC/Los Angeles, the iHeartRadio app, and TuneIn) as well as through Spotify.
“Pick Me Up” has surpassed over 100,000 streams on Spotify.  Rutland’s
popularity on the Radio Disney Country channel earned her a performance
spot on the Radio Disney Country stage at CMA Music Festival 2017.
Rutland’s talent goes beyond being behind the microphone and is evident
in her songwriting.  She co-wrote five of the six songs on the album.

Growing
up in Texas, country music made a lasting impact on her personal style,
learning from the greats of Reba, Carrie Underwood, and Sara Evans. She
was eight, when she first fell in love with singing, performing her
first solo for a Christmas musical at her church, and by her teens, she
was fully committed to writing her own songs. In December 2017, Rutland
will complete her education at Belmont University in Nashville,
Tennessee.  For more information, visit www.kayleerutland.com and follow her on Facebook, Instagram, and Twitter.

That Side of Me Track Listing: