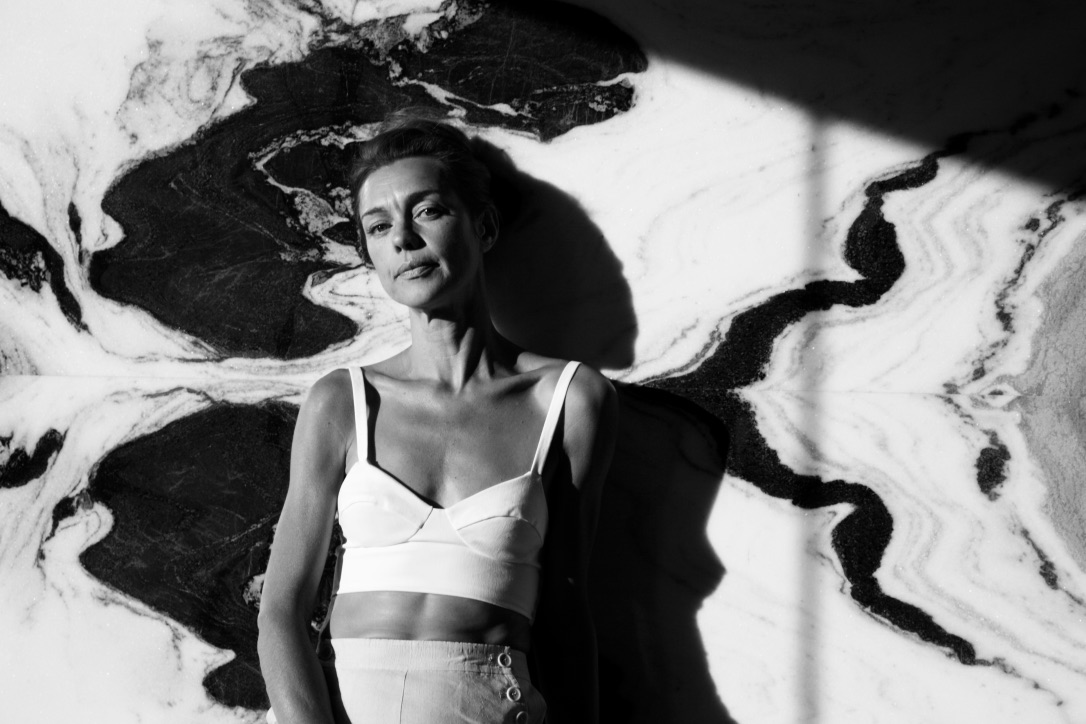 My newest release is called Middle Voice, and the
title was chosen to reflect a few meanings of the phrase as they show up
in the songs.  “Middle voice” is actually a grammatical term wherein
the subject of a sentence is both the actor and the acted-upon, both
agent and patient. That definition in particular spoke to the state of
mind I was in when I wrote these songs; the sense that as you enter the
middle part of your life, you are both an authority
on the things you have learned through experience, but also well aware
of all the things that are beyond your control. I am also a middle
child, in the middle part of my life, and this album was recorded just
before and just after a surgery on my throat which
changed the nature of my voice. It is the recording of my middle voice.

I wrote most of the songs myself, with the exception
of two covers: “You’re a Big Girl Now” by Bob Dylan and “That Is All”
by George Harrison. The Dylan song is from “Blood on the Tracks”, an
album I listened to incessantly growing up. On
the recording, I am imagining singing to my younger self. The George
Harrison song just has a beautiful melody that I love to sing–that is
usually what draws me to a cover. It was the last song recorded in the
early sessions for the album; the next morning
I had the surgery. So in that case, I kind of thought of them being
potentially the last words I might sing (dramatic, I know, but it’s the
way it felt!)

I did a tour opening for BB King through the
American south in 2004. I wore a white suit for my set every night (in
contrast to BB and his band, who always wore tuxedos). It was such an
honour and education to travel with them. I also loved
opening for, and singing back-ups with, the Canadian band The
Tragically Hip. And I still often sing in the performance pieces of
American artist Joan Jonas, who is now in her eighties and just won the
Kyoto Prize!

I have one from way back, when I was in a band with
my friend Hugh Christopher Brown. We were playing a large folk festival
in Winnipeg, Canada, and we closed the set with a song of his called
“Simple” that he wrote after his father died.
It’s about the difficulty of letting someone go. A couple of years
later, we were approached by a woman at another show. She told us that
when she saw the performance at that festival, she had just given her
child up for adoption. When she heard that song,
she started lactating. She then went and got her son back. Now, as a
mother myself, it’s hard to imagine having a greater impact than that.

I love the feeling deep in the writing of a song,
when it feels like the song is writing itself. Equally, I love being on
stage, deep in the singing of a song. In both cases, I feel like I am
doing exactly what I am meant to do.

I would love to have the
opportunity to work in different situations, such as when I get to sing
for Joan Jonas’ pieces and I get to be part of something visual and
3-dimensional, with a different historical through-line.
I’ve also worked with dance companies, which was another way of feeling
the music stretch in different directions. Generally, though, I’d just
like to sing more, more often, to more people–forever!

My inspiration comes from all over the place, first
and very fundamentally from the music I listened to as a teenager, which
included a lot of soul and funk, jazz and gospel–African-American
music, which sowed the seed that music has a
lyrical and social purpose, as well as being something you can dance
to. I love to learn to listen to all kinds of music–12-tone, opera,
modern classical, music from other cultures. And then I have the voices
that I feel sonically and spiritually closest
to, like Joni Mitchell, Bob Dylan, Van Morrison–who share my
preoccupations with art and literature.

Well, the good thing about the current music scene
is how much music is getting made, and all the ways you can access it.
The down sides are that you could spend 24 hours a day doing it and
never hear the same thing twice (some things need
to be heard more than once or twice to know why you need them!), and
that it is very hard for musicians to make money. I was so excited when I
was informed that my new album had been streamed more than 100,000
times, and then I checked to see if I had earned
anything from it: $5.43. It is hard to see how musicians will be able
to keep going at music as anything more than a hobby if we don’t value
it, financially, in the culture. Obviously, there are many big recording
artists who escape the day-to-day difficulties
of surviving off of their art, but even they are obligated to be entire
promotional companies in themselves, which takes away from the time and
privacy required to make it.

Well, I have a lot of hopes and desires for the
well-being of the world and its citizens, but for now, I’d love for
people to hear this album and like it, and to get to go sing for them
wherever they are.