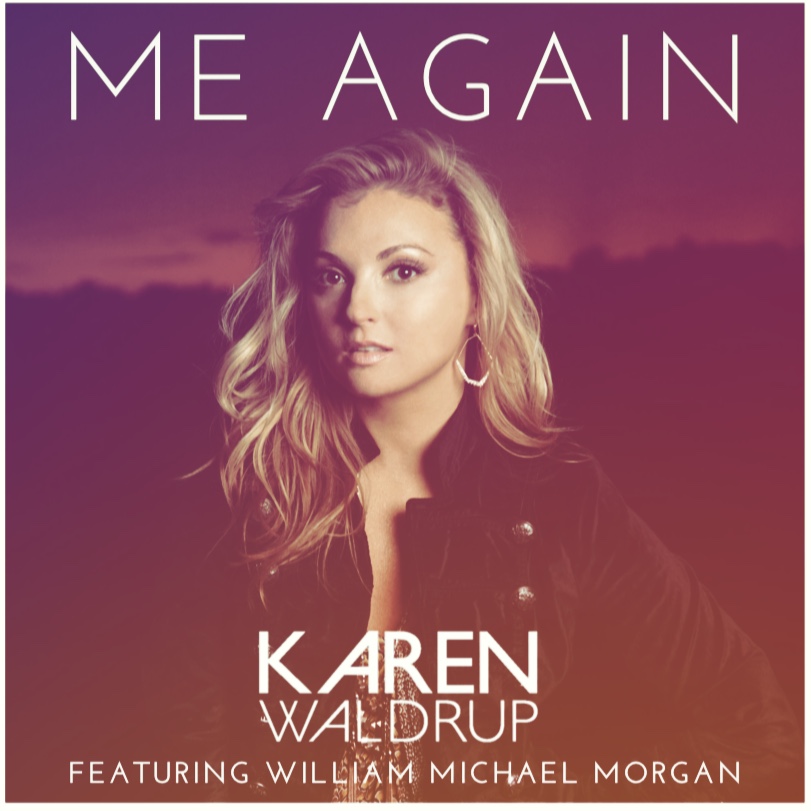 Charismatic entertainer Karen Waldrup
is set to release “Me Again,” her most vulnerable and personal single
to date, featuring William Michael Morgan on November 1.  The single,
penned by Waldrup and hit songwriters Danny Wells and Philip White, is a
shout-out to all of those people that make a massive difference in
lives of others.  2018 was a very tough year personally and
professionally for Waldrup but she had an incredible support system
around her that really pushed and encouraged her to get back to
herself.

“I couldn’t be more excited about the
song because it’s a heartfelt sentiment for all my supporters that
stuck with me through some of the hardest times of my life” explains
Waldrup.  “Everybody who believed in me continued to believe in me
despite circumstances and ‘Me Again’ was born in response to that.”

Waldrup began performing “Me Again”
during her live shows this summer and garnered countless standing
ovations which prompted her to record the song.  Waldrup teamed up with
award-winning producer Dave Brainard to create the hauntingly beautiful
track with a traditional country vibe with Bruce Bouton on steel guitar.
William Michael Morgan’s smooth collaborative vocals add another layer
to the throw-back vibe.

“I’ve always loved Karen’s music,”
says Morgan.  “We’ve both made a stand for country music and the first
time I heard ‘Me Again,’ I just knew this is her time.  To be a part of
it, is truly an honor.”

In celebration of the single release,
Waldrup is launching the “Me Again” mini tour that will wrap with an
intimate Nashville performance at Analog at the Hutton Hotel on November
6 presented by Country Rebel.  Morgan will join her for a performance
of “Me Again.”

After signing his major-label deal at
the tender age of 19, Morgan began by hitting the top of the radio
charts, landing at No. 1 on Mediabase with the Gold-certified “I Met a
Girl.”  He then released an acclaimed EP and earned a Billboard Top 5
with his album debut, Vinyl.  He has performed more than 65 times on the Grand Ole Opry.

Waldrup has spent the last few years
touring the world performing thousands of shows everywhere from Long
Beach, CA to Dublin, Ireland and is now a true viral sensation with her
social media videos gaining mass appeal and more than 300 million views.
Waldrup is the subject of “Waldrup Wednesdays,” the hugely popular
weekly video series on Country Rebel’s Facebook page.

Waldrup is a 2018 / 2019 Weather
Guard Nation Brand Ambassador as well as a brand partner with
BingeNetworks, Epiphone Guitars, FabFitFun, MAC Makeup and many others.