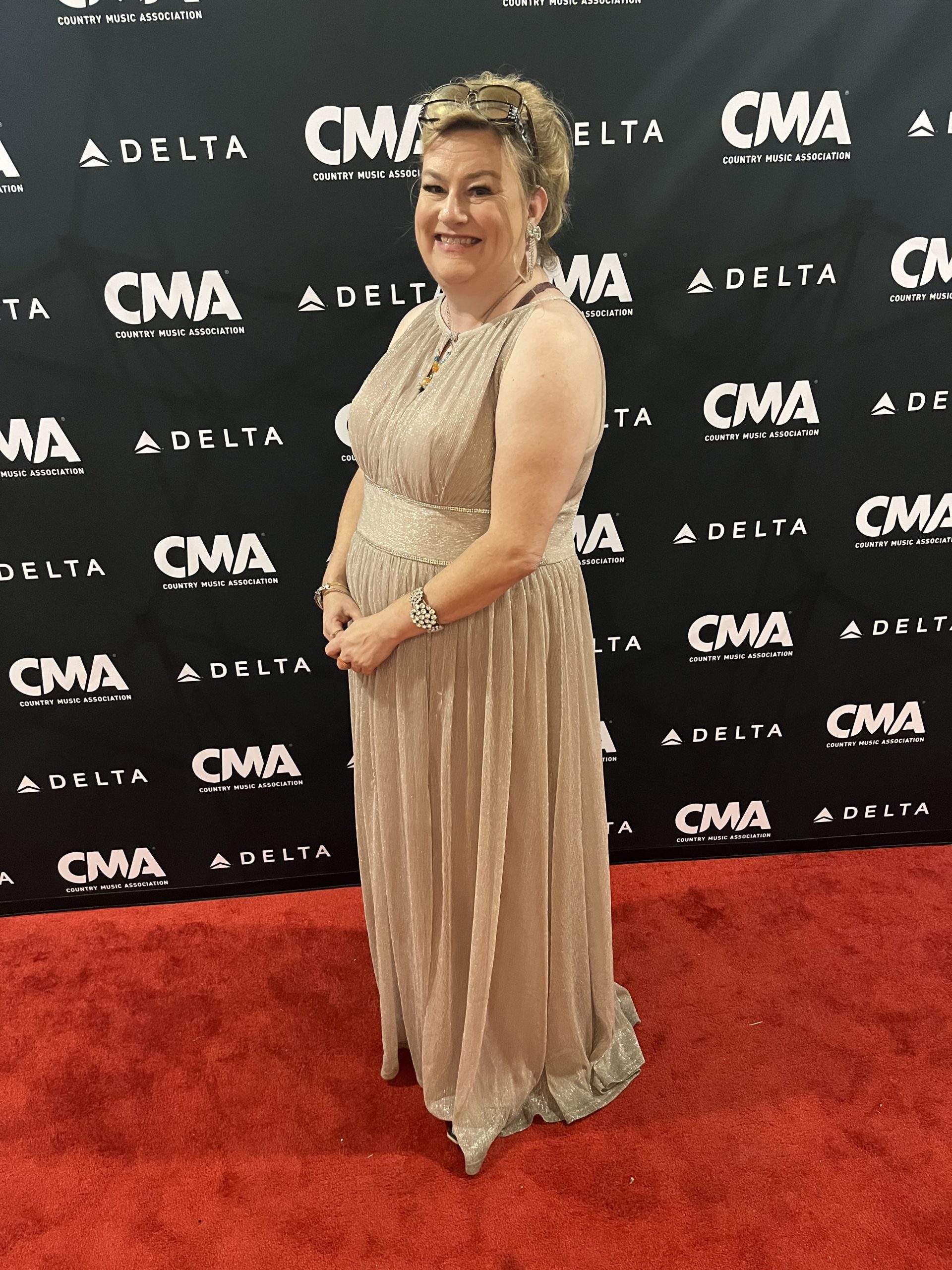 Aside from being a journalist for 28 years who also owns her own publication, Sweetascottoncandy.com, Cotton also is a children’s book author of three books, one , Carol and Santa’s screenplay is being shopped around Hollywood soon. She met her screenplay writer, Lorenzo Leonard at the Story Summit Hallmark Christmas writing course in 2020 over zoom during the Covid pandemic.
Cotton is attending the course again this month that will have guest speakers who are associated with Crown Media Entertainment.

Cotton’s new album will be released soon to all streaming music platforms. It will feature 18 tracks and two original songs written by Cotton and her studio musicians and producer Adam Knight.
As well as her song, “Watch me Shine,” that she co-wrote with her mentor, Brandon Gibbs who has worked with bands such as the 1980s hair band Poison. “Watch me Shine” is about Cotton’s own mental health struggle with bipolar one disorder, anxiety and PTSD.

Cotton was diagnosed at age 13 with bipolar disorder after her parent’s divorce at Christmastime. She was hospitalized at Primary Children’s Hospital and it was there where she met Kimberly Perkins who later mentored Cotton when she attended the University of Wyoming as a journalism major. Perkins was at the hospital covering a story about Utah Jazz Basketball players visiting kids in the hospital one which was Cotton. Cotton is normally very stable and is a hard working mom and professional. She has been on psychiatric medicines and gone through counseling since then. She has never done drugs or has drunk any alcohol. Ever!

She is now 46 years old and just recently went through her own divorce which was an unhealthy marriage of 24 years. He also divorced her on their anniversary this year August 4. Cotton is starting all over with a new lease on life and is pursuing her main dream job —country and Christian recording artist. She was picked up by AOK Records after her producer Adam Knight heard her 150 tracks on Smule Karaoke where she has a huge following.

Cotton’s album, which will be released soon, features three Christmas tracks, one is Amy Grant’s “Mary’s Song: Breath of Heaven,” which features Grant’s bass guitarist Duncan Mullins, who toured with Amy Grant. Cotton’s album also features Kelly Back on lead guitar , Johnathan Presnell on drums and Jonny Brown on piano. Cotton hopes to open for Grant sometime on one of her Christmas tours.

Cotton has interviewed Grant in the past and photographed a performance of Grant’s at the Cheyenne Civic Center, which now permanently hangs in the center’s Green Room.
Cotton’s album has 18 tracks in all. Cotton is also covering Leanne Rhimes Cibrian’s song, “Can’t Fight the Moonlight,” from the popular movie “Coyote Ugly,” she is also covering a Carrie Underwood tune, “Don’t Forget to Remember Me”, a song by Laura Story, “Blessings” Lauren Daigle’s song “You Say,” Faith Hill’s “This Kiss,” Jodee Messina’s “Heads Carolina,” “Benny and the Jetts,” by Elton John, and another Christmas track and a song of. Brett Eldredge’s that her producer chose for her, “Haven’t Met You.”

Cotton has been trying to get an interview with Eldredge for our publication regarding his upcoming Christmas tour, “Glow.” She wouldn’t mind opening for Eldredge or Grant, or any other artist for her tour that starts this December after her book signing of Carol and Santa at the Barnes and Noble in Fort Collins, Colorado where she now lives near. She is looking for a replacement Santa for her book and music tour. And thinks “Mr. Christmas ” would make an awesome Santa! And invites any other person to step in as well!
Cotton’s original Santa Jim Angell, died this fall from cancer unexpectedly and broke Cotton’s heart.

Angell was head of the Wyoming Press Association, a long-time friend and fellow musician, who also recorded the audio version of her book “K9 & Deputy Heroes of the Laramie County. Sheriff’s Department” which can be found on itunes and audible.com.

Whether Eldredge would take Cotton up on the offer of being Santa for her book tour is besides the question, ot any other male country artist …
Cotton signed her first autograph as a musician during CMA’s week at the Millenial Maxwell House Hotel where she was given one of the top floor suites that overlooks Nashville with an amazing view of the city. The front desk attendent gave Cotton the room after asking about why she was staying at their hotel and learning she was a well-know author who is now also pursuing a career in music.

Cotton’s friends and family are excited for her new career move although her brother, Erik Jansen, is skeptical because he thinks she might run out of her divorce settlement money and alimony money and end up homeless and destitute.

Cotton has her eye on a camper that she plans on towing behind her, new -to -her Land Rover that was sold to her by her best friend Gabriel. Cotton is also going to be on Wyoming Governor Mark Gordon’s Council for Disabilities and was asked to campaign for him. However Cotton didn’t realize it was election day today and she forgot to vote. She isn’t quite sure she can as she is currently pursuing her dream in Nashville, had trouble at the Colorado DMV because she forgot to bring her marriage certificate to prove she is a Cotton and divorce paperwork to prove she is divorced and still kept his name because its her pen name and daughters last name. Her x has since moved onto some other chick and Cotton is just waiting for Mr. Right.

Cotton is also almost done with her Colorado Real Estate license classes and is set to take her exams soon, she has an offer from EXP Realty, she starts her job at Target soon, she freelances for us as well as Westword, the Wyoming Truth and several others including her own Sweetascottoncandy.com.

She also teaches piano, is in the running for an arts and entertainment reporter job with Colorado Public Radio against 30 other candidates, and is working on Carol and Santa 2, her memoir, a cookbook for her show Cooking with the Cottons with her daughter on Facebook and a children’s book about the Laramie County Fire Department 1.

We think she’ll be AOK financially (get it? Lol…) and she won’t end up destitute and homeless. She also has her eye on some land and a tiny home somewhere in Colorado/Wyoming border she hopes to get some more pets in the future and a nice guy. She’s got exciting things coming up for her this month and she can’t wait to see what December and the holidays hold for her. She is not looking forward to being away from her Christmas baby Katie as Katie’s dad will have her for Christmas this year. For Christmas Cotton’s not sure if she’s headed to New York City to see her brother who lives in Brooklyn and his family or to Hawaii with whoever or by herself.

At the moment we just can’t wait to hear Cotton’s album and her Christmas music that she has worked hard at for months perfecting.