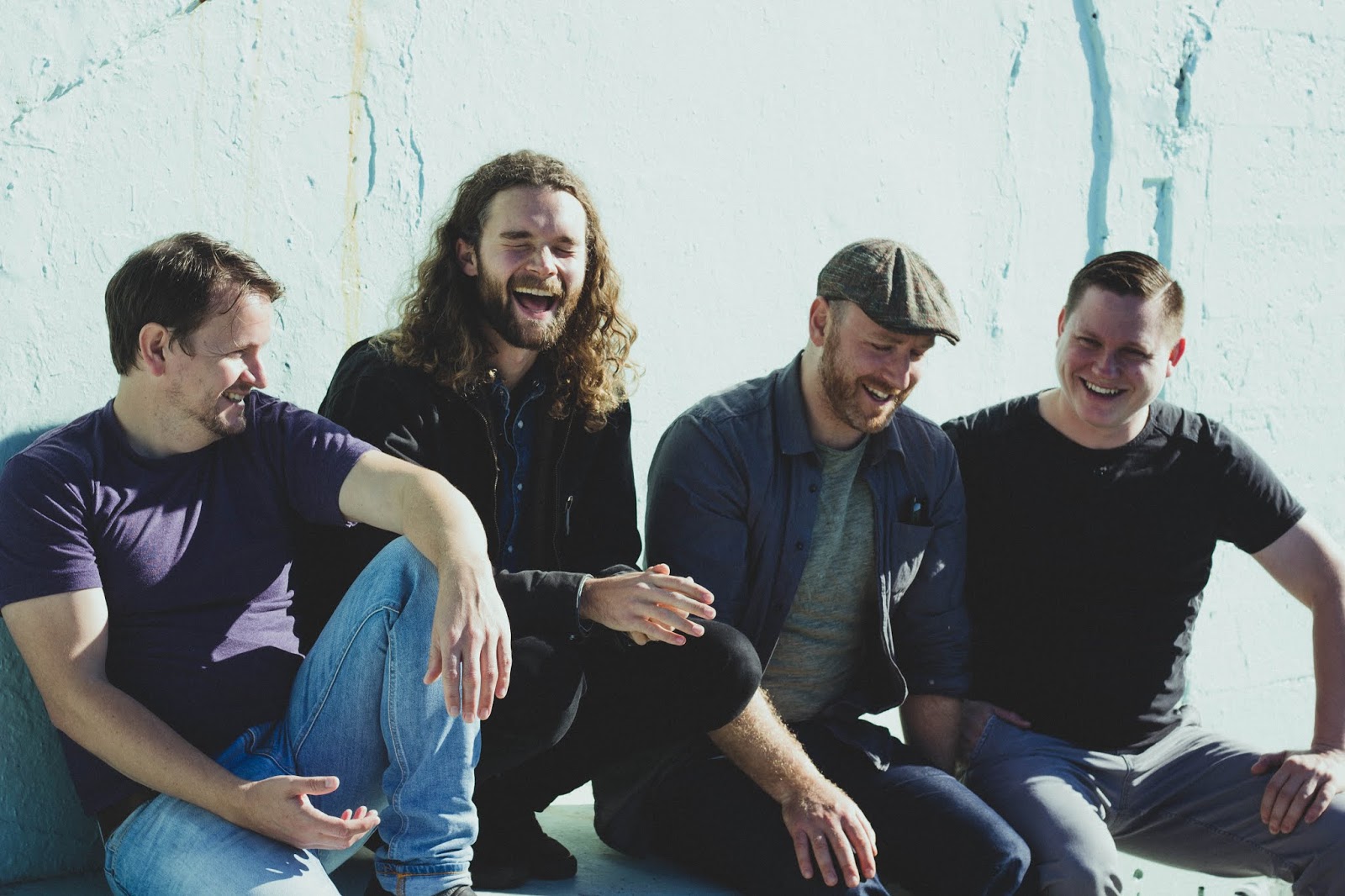 Lamitschka:
How did you choose the title for the CD? Is there a story behind the name?

Jon’s Answer:
The title of this album was chosen because we thought it represented something
very real and fundamental: the idea of occupying space and time fully and being
present in that. We are all ‘here’ of course – on this planet, in our
bodies, in this time – and the idea of living out that sentiment fully is
powerful and also important. We also dug it’s simplicity and because of
that, could mean different things to different people.

Jon’s Answer:
Well, there are nine songs in total, ranging in themes from relationships with
others and the world to ones of a semi-political nature. All these songs are
basically just influenced by the experiences we’ve collected over the past year
and years. We try to bring something positive to the table with our songs
while not negating the negativity. Musically, these songs are influenced by all
the years of aural bombardment. I personally have not been listening to much
music lately, and so creating is where I get the most joy from music these
days.

Roy’s Answer: This
album feels like it’s branching out a little more stylistically. I think we’ve
ventured a little more into R and B territory on some songs. The inclusion of
the horns as part of our live show has definitely inspired some of the
arrangements and I think the idea that we are going to play these songs live
has also factored in to the overall sound of the album.

Lamitschka: What
is your favorite song among all the songs you have recorded and what’s the
story behind it?

Roy’s Answer: I
think recording “In My Arms” was one of my favourite songs to record on this
album. We had to tackle a big change in the tempo halfway through the song. For
the first time since high-school we found ourselves encountering math…. I mean
we didn’t actually do the math (we got the engineer to do it), but we
encountered it!

Jon’s Answer: Everything inspires us musically! Life does! To narrow it
down though, I’d say the natural world, film, reading, relationships and of
course other music.  Both of our musical roots run pretty deep, we both
became involved with music at a young age.  Myself, I picked up the guitar
at around age 11 after spending years hearing my dad sing folk songs around the
campfire in Canada.

Jon’s Answer: I suppose mainly because it was an easy way for me to
express myself, easier than any other way I’d say. And I’ve been obsessed with
music and songs in general since I was in grade 6. I would play guitar for
three hours a day when I was in school and listen to music anytime I could: on
the way to school, during school, after school. I was fully and completely
occupied by music and so soon I wanted to make my own versions of what I was
hearing.

Roy’s Answer: I feel like Jon and I are pretty
self-aware of our own strengths and shortcomings. I tend to look inward for
criticism rather than outward… how is anyone else supposed to know what I’m
aiming to accomplish? Maybe I’m playing poorly on purpose!

Roy’s Answer: Fans can expect to see us doing what we love, leaving
it all on the stage and possibly having a schnapps before the show.

Jon’s Answer: We do! As much we possibly can. Most often it
involves walking around a town or city, or a hike, or tasting the local cuisine
and beer. Experiencing new places is definitely one of the best aspects of
touring. As is sampling local brews.

Lamitschka:
Fans are always hungry for good road stories. Do you have one you can share
with us (come on don’t be shy)?

Roy’sAnswer: We’ve had a lot of great moments on the
road but many of them are a little personal or only funny/amusing to us…

Here
are a few highlights I can remember:

We’ve
been mistaken for Gordon Lightfoot once, had a spectator endearingly call our trombone
player a “stage pig” aka rampensau, been introduced as Joy and Ron, left all
our merch on a busy main street in Toronto, taken my shirt off while playing a
small restaurant in Charlottetown, puked in the middle of a solo in Edmonton,
and many more…