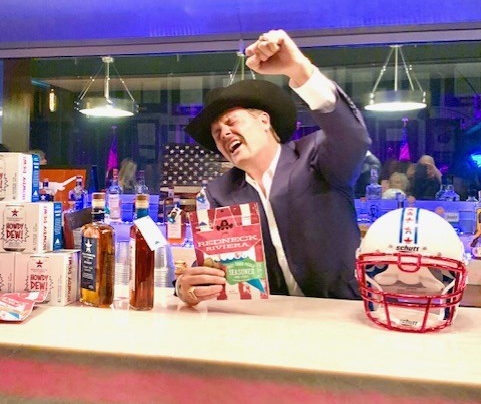 Performs at party
with Cowboy Troy

John Rich Has gained international stardom,
first as a member of the band Lonestar, then as a solo artist and as one half
of the duo Big and Rich with Big Kenny with hits such as “Save a Horse, Ride a
Cowboy.” He’s also a successful music producer and songwriter and part of a
loosely formed group of artists known as The MuzikMafia. 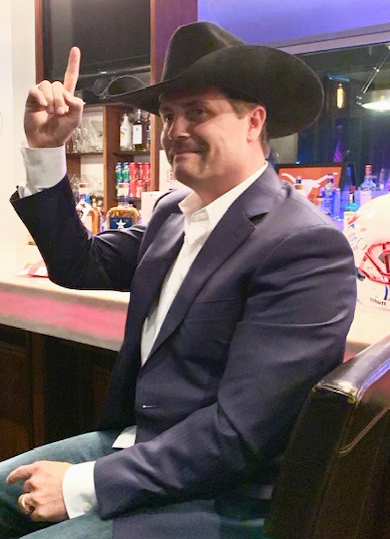 Perhaps less well-known is the fact that
Rich is a successful entrepreneur who has developed an entire line of products
under the Redneck Riviera brand. This includes the Redneck Riviera Bar and BBQ,
a restaurant and live music venue on Nashville’s Lower Broadway.  He is also a generous philanthropist who has
raised millions of dollars for charities, including Folds of Honor. 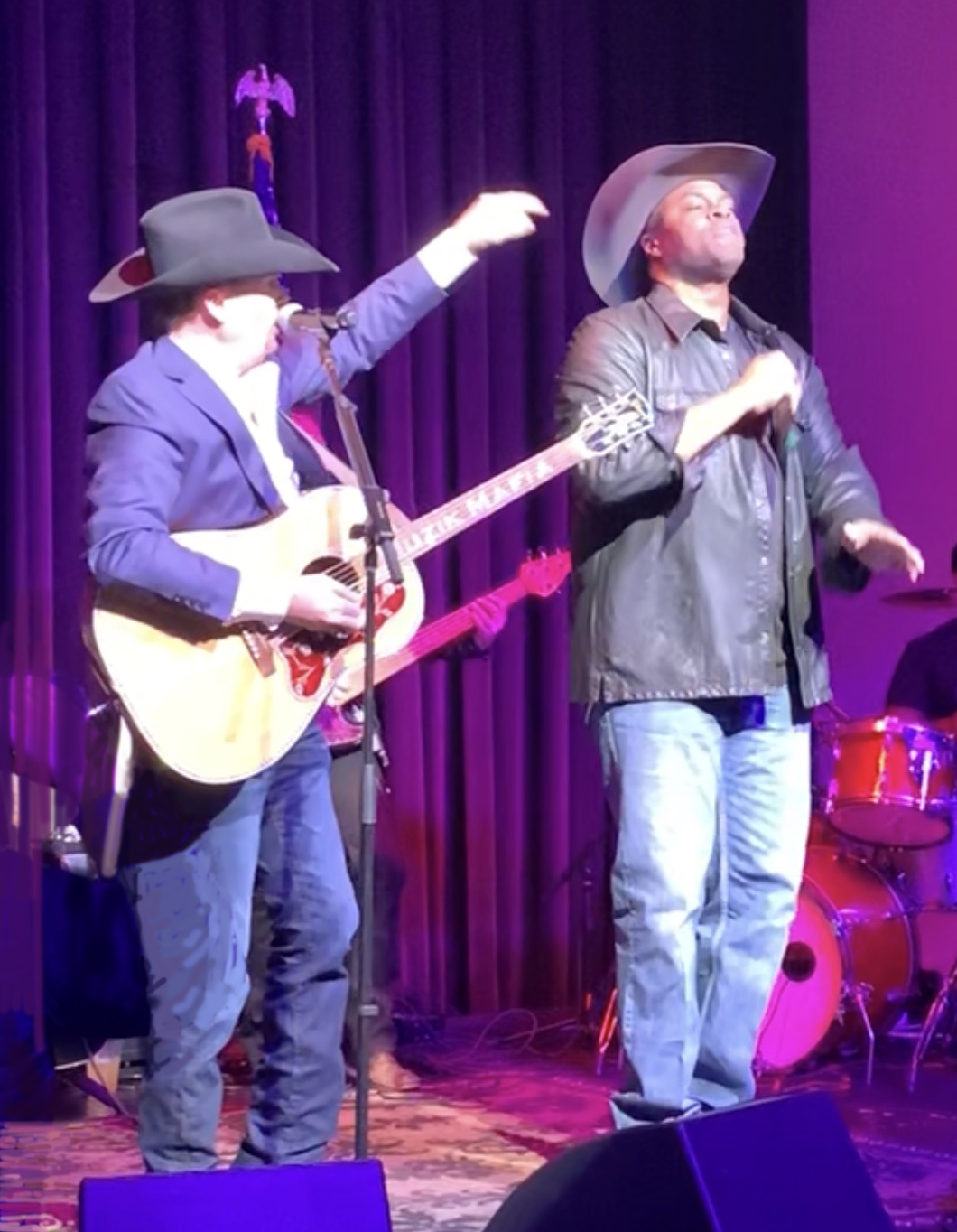 John Rich and I have known each since 1991.
We met at a storage locker facility when he was a member of Texassee, a group
that would evolve into Lonestar. I needed to get a special dress out of my
locker that I wanted to wear to the CMA Awards. John was at a nearby locker
getting the band’s drum kit out of storage. He graciously climbed over
everything to get my dress for me – almost splitting his jeans as he did so!

On 11 January, John held a party at his Nashville
home, named Mount Richmore, to celebrate the second anniversary of his Redneck
Riviera whiskey that has proved to be a remarkable success in a crowded liquor
market. I joined John and members of the media as he introduced his newest
products, a beverage named Howdy Dew and a line of meat snacks named Redneck
Riviera Jerky.

“I Love our country so much because it
allows guys like me who might not have started off in the best situation to
shoot for big things,” said John as we got under way.

“The phrase ‘Redneck Riviera’ goes back to
the ‘60s,” John recalled.  “It was the
phrase that people would use to say, kinda tongue in cheek, ‘well, we can’t
afford to go to the French Riviera so we’ll go to the Redneck Riviera,’ because
they could afford to go there. So when I saw that Redneck Riviera had never
been trademarked, I thought I’m a pretty good guy to run with that phrase.”

Rich said that, to him, the phrase stands
for the ‘work hard, play hard’ crowd of America. “The true royalty class, the
true elites,” in his words.  He told us
that he had always enjoyed drinking Crown Royal, a Canadian blended whiskey.
When he asked at liquor stores for an American blended whiskey, he was told
there wasn’t one. “I thought, wouldn’t it be cool if we had America’s answer to
Crown Royal,” he said. He worked on it for a full year and over 200 variations
on the blend to get it to where it is now and called it Redneck Riviera
Whiskey.

“We’re now nationwide, coast to coast in
states that I never thought in a million years would gravitate to a brand
called Redneck Riviera,” Rich admitted.

He then decided to create a special reserve
version.  “I turned to the most
experienced whiskey drinker I ever met in my life, my Granny Rich,” he said.
“This is the Granny Rich Reserve. It’s exact same blend as the original Redneck
Riviera, but four years older, just like Granny is.  We say, ‘it’s a little smoother, a little
older and a little stronger, just like Granny Rich!’ Granny just turned 88
years old and continues to work every day at her dress alteration business.”

It’s important for Rich to ‘tithe’ or to
give back to the community.  Ten percent
of revenue from Redneck Riviera products goes to the charity Folds of Honor, an
organization that puts kids through college who have lost a parent in combat
during military service. “Can you think of a stronger way to say ‘thank you for
your service’ than looking after the family members who are left behind?” said
Rich. “We’ve now sent $389,000 to the Folds of Honor.”  The amount continues to grow as the brand
expands.

He then turned to one of his two new lines
of products the Howdy Dew, a canned carbonated, wine-based fruity beverage.
“It’s fun,” said Rich with a wide smile. “It’s like your rowdy uncle that shows
up at the family reunion!”  It’s going to
be a big year for that, he added.

“The final piece of my puzzle is Redneck
Riviera Jerky,” he said proudly holding bags of three different flavors of the
savory dried meat snacks.  “This one is
Redneck Riviera Whiskey Barbeque. This one is Amarillo Heat, named after my
home town Amarillo, Texas. It’s got a little jalapeno in it.  Probably my favorite is Spicy Fried Pickle.”
He pointed out that these are more tender than most jerky products, and again
that’s the way that Granny Rich likes them.

Then it was party time. John jumped onto
the stage in the private bar in his home overlooking the Cumberland River.  In an impromptu show with members of his
band, he invited his friend Cowboy Troy to join him having fun and singing some
rowdy songs together.  Party guests
danced and sang along with them.