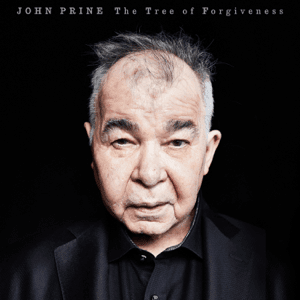 The unique genius of John Prine is being
recognized by fans and fellow musicians across the world, following his death
on April 7 from complications related to Covid-19.

Although his songs often tackled thorny
social issues, they were usually driven by wry, witty lyrics that became a hallmark
of his inimitable songwriting. Prine never anticipated a career as a recording
artist. After a spell in the U.S. Army, he worked full-time as a mailman in
Chicago, singing self-penned songs in folk clubs in the evening. Following a
glowing review by journalist Roger Ebert, Prine’s music began to draw wider
attention, leading to deal with Atlantic Records in 1971. His first major label
album resulted in a 1972 nomination for Best New Artist at the 1972 Grammys.
Read the obituary and comprehensive review of Prine’s life and music career by
NPR’s Annie Zaleski here https://www.npr.org/2020/04/07/750894794/john-prine-obituary

Among the many tributes was a tweet from
Bruce Springsteen who described Prine as a “national treasure and a songwriter
for the ages”.  Springsteen tweeted:
“Over here on E Street, we are crushed by the loss of John Prine. John and I
were the ’New Dylans’ together in the early 70s and he was never anything but
the loveliest guy in the world.”

In 2018, Prine released his first new album
in 13 years, The Tree of Forgiveness, produced by Dave Cobb for Prine’s
own Oh Boy Records. It became his highest-charting album on the Billboard
200.

“When I Get To Heaven”

When I get to heaven, I’m gonna shake God’s
hand

Thank him for more blessings than one man
can stand

Check into a swell hotel; ain’t the
afterlife grand?

And then I’m gonna get a cocktail: vodka
and ginger ale

‘Cause this old man is goin’ to town

From the lyrics of “When I Get To Heaven” a
track on The Tree of Forgiveness. Listen to and/or buy the album and
other John Prine albums here https://www.johnprine.com/music