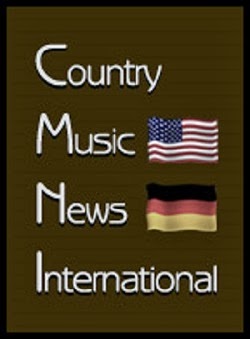 (Nashville, Tenn. – December 9, 2013) –
Country Radio Seminar officials have announced music legend
John Oates as the featured artist for the “BMI Legends Session,” which will take place during CRS 2014 at the
Nashville Convention Center.
Scheduled
for Feb. 21, the session will provide attendees the rare opportunity to
get up close and personal with the true musical legend. Oates, one-half
of the award-winning duo Hall & Oates, will
discuss his career, including dialogue of current projects, living in
Nashville and his songwriting. In addition, he will perform a couple of
his songs acoustically. John Esposito, President of Warner Music
Nashville, will moderate the engaging interview.
Michael
Steinberg, Senior Vice President of Licensing at Broadcast Music, Inc.
(BMI) commented, “BMI has presented the ‘BMI Legends Session’ at a
number of radio conferences over the years. This unique session features
a musical legend on stage telling the stories behind their songs in an
intimate unplugged setting. It is a truly engaging hour that allows the
audience members the opportunity to interact with legends of the music
industry.”  Mr. Steinberg continued, “BMI felt that CRS 2014 was the
perfect opportunity to share this popular series with conference
attendees and we are proud to feature John Oates as the first BMI Legend
we present at CRS. Oates follows past series performers such as, Graham
Nash, Isaac Hayes, Willie Nelson, Randy Bachman, Paul Rodgers and David
Crosby.”
The
“BMI Legends Session” was inspired by an ongoing event that BMI
sponsors every year at The Conclave conference. The event is a story
telling and Q&A panel with a BMI legend spotlighted. With the
event’s success at The Conclave conference, BMI decided to share the
series with CRS attendees as well.
The
iconic singer/songwriter, John Oates, has won multiple music awards and
has sold more than 80 million units during his career in the legendary
rock duo Hall & Oates. A member of the Songwriter’s Hall of Fame,
Oates began his solo career in 1999. In October, he released his fifth
single, “Close,” from his cross-genre project “Good Road to Follow.” He
currently splits his time between Nashville and his Colorado ranch.
CRS 2014 will be held February 19-21 at the Nashville Convention Center. To register for CRS at the regular rate of $499 visit
www.CountryRadioSeminar.com.
About Country Radio Seminar: Country
Radio Seminar is an annual convention designed to educate and promote
the exchange of ideas and business practices in the Country music
industry, with specific emphasis on issues relevant to Country radio.
CRS 2014 will be held Feb. 19-21, 2014, in downtown Nashville, Tenn., at
the Nashville Convention Center. The regular rate of $499 is now in
effect. The on site registration rate will be announced closer to the
event. Visit
www.CountryRadioSeminar.com for more information. Like CRS on
Facebook and follow CRS on
Twitter (Hashtag #CRS2014).

About BMI:
Broadcast Music, Inc.® (BMI®)
is a global leader in music rights management, serving as an advocate
for the value of music.  BMI represents the public performance rights in
more than 8.5 million musical works created and owned by more than
600,000 songwriters, composers, and music publishers. The Company
negotiates music license agreements and distributes the fees it
generates as royalties to its affiliated writers and publishers when
their songs are performed in public. In 1939, BMI created a
groundbreaking open-door policy becoming the only performing rights
organization to welcome and represent the creators of blues, jazz,
country, and American roots music. Today, the musical compositions in
BMI’s repertoire, from chart toppers to perennial favorites, span all
genres of music and are consistently among the most-performed hits of
the year.