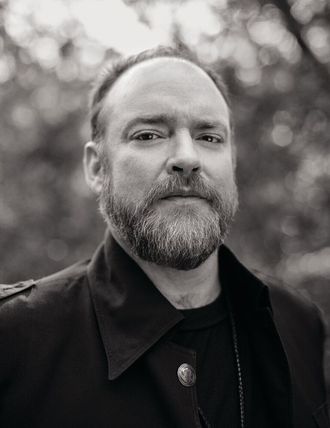 (Nashville, Tennessee – March 29, 2018) On April 21, when music enthusiasts flock to record stores in honor of “Record Store Day,” fans of John Carter Cash will have the opportunity to pick up Cash’s new album, We Must Believe In Magic.

The
17-track release is a collection of songs recorded over the last ten
years and features an astounding host of musical guests, including some
of Nashville’s most recorded session players and artists representing
Rock, Gospel and Country Music. Tony Rice, Ana Cristina Cash, John Cowan, The Fisk Jubilee Singers, Jerry Douglas, Dave Roe, The Daeger
Brothers, Bob Moore, Etta Britt, Charlie McCoy, Tony Harrell, Jamie
Hartford, Sam Bush, Jack Clift and the Cedar Hill Refugees, Sarah
Peasall McGuffey, Ira Dean, Ronnie and Rob McCoury, Eric Hamilton and
many others took part in the project. The album’s imaginative cover
features the faces of many of the individuals who contributed to the
music and is designed by Roberto Parada.

The project is made up of original material, some co-written with master songwriters, including Bill Miller, Shawn Camp, and Wesley Orbison. A remake of Trent Reznor’s “Hurt,” previously released by Cash’s father is also a highlightonthe release. Much of the production is sparse and simple, focusing on
the song and the individual instrumentalist. John Carter holds no limit
or containment around his creative energy, and the double-album promises
to be diverse and presents an unparalleled epic journey.

The title song, written by Bob McDill and Allen Reynolds, is the essential message of the album. John Carter commented about the track, saying “I
remember believing in MAGIC. I recall the wind in itself being alive
and with a voice… It smelled awake, purposeful and spoke in a
resounding tongue I perfectly understood. All was vast, open, dazzling
and wondrous. I believe this to be the truth of the world……the MAGIC
is inside us all. And though it may be forgotten, it can be remembered
once again… It is only up to us to do one single thing, and do it
purely…BELIEVE.”

Released through Reviver Legacy, the full-length album is produced by John Carter Cash and was engineered and mixed by Chuck Turner at Cash Cabin Studios in Hendersonville, Tennessee, where John Carter worked with his parents Johnny Cash and June Carter Cash on much of theirlatterlife recordings.

Having written music for decades, John Carter continues to live inside a
creative world reaching far beyond just music production. He is a
singer-songwriter and author. The grandson of Maybelle Carter and the
only son from the marriage of John R. Cash and June Carter Cash, he
preserves the family legacy and is a caretaker to the heritage of his
musical ancestors.

We Music Believe In Magic – Track Listing:1. We Must Believe in Magic (Bob McDill and Allen Reynolds)

10. Dance With Me (John Carter Cash and Wesley Orbison)