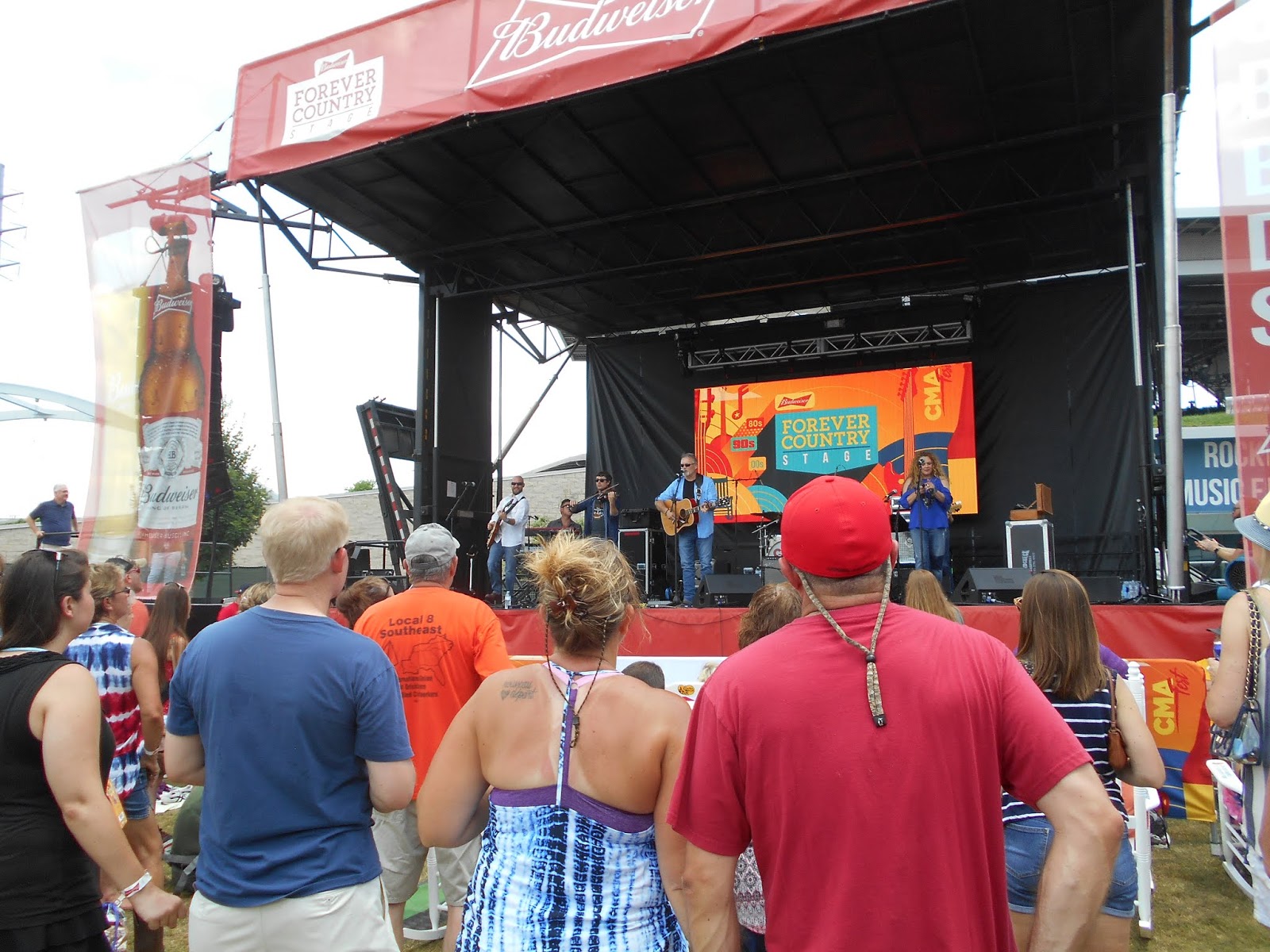 CMNI: What does CMAfest mean to you and to
your fans?

John Berry: Well, I think for the fans it’s
a fun time to come and [have]different opportunities to see the artists in
different settings than normal, and I think for an artist, and me in
particular, it means a chance to see our fans in a more one-on-one basis. Get a
chance to visit with them for a few minutes. Sometimes you don’t have that
opportunity on the road. It’s a lot of fun.

CMNI: And … you have a fan club party
tonight at The Valentine?

Berry: We’re playing The Valentine a couple
of hours – we’re the last act of the day – and then they are making it
available for us to stay and visit with our fans. It’s a lot of fun.

CMNI: You are celebrating twenty-five years
this year as a major label artist …

Berry: Yeah, twenty-five years ago my first
album on Capitol came out, it’s crazy. Next year, my fortieth year since I
first came out as an independent [artist]. As far as my career as a nationally
recorded artist, you know … twenty-five years this year, [that’s] pretty
crazy. Chuck Howard produced all those early hits of mine: “Kiss Me In the
Car”, “Your Love Amazes Me”, “Standing on the Edge of
Goodbye”, all those records Chuck Howard produced.  I just cut {the title track] for a film
called “Beautifully Broken” that Chuck produced and it’s doing really
well on radio. So, it’s kind of fun.

Berry: Lazarus back from the dead …

CMNI: And speaking of, you have gone
through some rather difficult health issues through the years (referring to
Berry’s brain cancer surgery in the nineties) and come back. Did that
strengthen your will to continue with music or … ?

Berry:
Well, I think it gives you a real appreciation for every day you get,
about that, you know. But, I’ve always loved doing what I do. Sometimes it’s
just thrown a kink in the wheel of progress going down the road .. musically
… but, you know, God’s funny: He uses things to get our attention, so …

CMNI: You live in Tennessee

Berry: We live in the Nashville area, yeah.

CMNI: So since you mentioned God, may I ask
if you go to church regularly?

Berry: Yeah, we go to Long Hollow Baptist
Church in Hendersonville, Tennessee.  It’s
a really huge church and Robby Gallaty is the pastor, he’s been there for about
a year now and he’s just awesome and it’s a great church, great; great
fellowship and people.

CMNI: So, what is most important in your
life: music, God, family …

Berry: My relationship with God, the Holy
Father is the most important thing, because all of this is temporary, this is all
for a short period … this is limited time only and that’s not limited time
only, that’s unlimited time only … so, we make use of the time we’re given,
the gifts we’re given, the opportunities we are given when we are here and make
the most of them and do it all in such a way that we bring glory and honor to
our Heavenly Father.

CMNI: We have a favorite holiday in common,
which is Christmas. You have released several Christmas albums?

Berry:
Yeah, this year will be our twenty-second year doing my Christmas Tour.
Been doing it for twenty-one years and all because of the song “Oh, Holy
Night”.  I had brain surgery you know
in 1994 and we recorded it thirty days later.  Thirty days after the brain surgery we
recorded “Oh, Holy Night”.  The
only reason we did it was because it was already scheduled.  They wanted to cancel the session, but I said
“No, I need a distraction, I need to go do something”.  We captured something really special.  We put it on a disc and sent it in a Thank
You card to all the radio stations for their support and it got airplay like
crazy, it went nuts.  And the next year
we finished up an album and we’ve been doing a tour ever since.

CMNI: We can hear a lot of Roy Orbison in
your voice and also John Denver.

CMNI: Is that on purpose?

Berry: It’s just stuff I like, just stuff I
was drawn to.  During the seventies I just
loved singer-songwriters.  I started
learning to play guitar in the early seventies.
People like John Denver, Cat Stevens … I was just naturally drawn to guys
that played their own guitars and wrote their own songs. Then I discovered groups
like the Allman Brothers, Lynyrd Skynyrd …the southern rock style, I really
loved that.  But, before all that
happened, I was just a kid listening to the radio.  I used to love to listen to what they call
Philly Soul.  Groups like The Chi-Lites
and The Stylistics and The Dramatics.  Philly
Soul music is just so fabulous!  I still
love that kind of music.

CMNI: The connection between
singer-songwriters like John Denver, the mountains – you used to live by the
Georgia mountains – is there something about the mountains and music that is
calling you?

Berry: Actually, the beach is my
calling.  I’m not a Jimmy Buffet
tequila-on-the-beach kinda guy.  I just
love the beach, ’cause I grew up going to the beach.  Every summer with my family and then with my
kids – and my wife and I used to go to the South Carolina coast every
year.  Robin and I honey-mooned on St.
Simons Island and our daughter got married there a year-and-a-half ago at the
same hotel.  We’re hoping we can retire
to St. Simons if we can pull off a financial miracle (chuckle).

CMNI: Before we end this interview, what
are the three most important things in life for you?