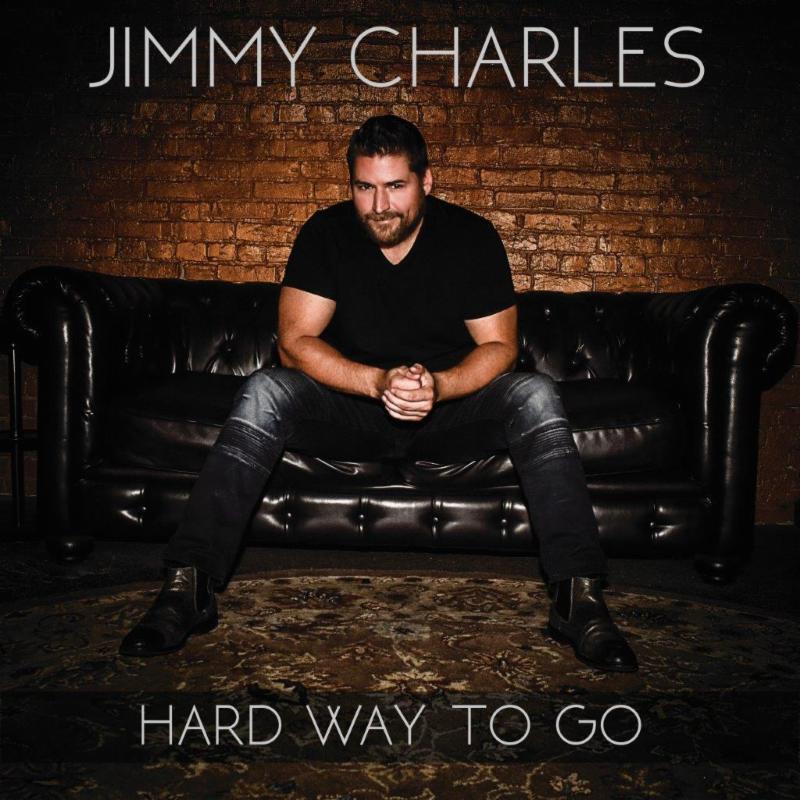 Singer/songwriterJimmy Charles‘newEP, HARD WAY TO GO, is set for December 7 release and is available forpre-order now.
Charles wrote or co-wrote all but one of the songs with partners whose
credits range from cuts by Country legends (Garth Brooks, Reba McEntire,
Randy Travis) to young guns (Chris Cagle, Hunter Hayes, Eli Young
Band). The disc includes the previously-released “Superman” and his
current single, “I Am Not Alone.” His music is available to radio via Play MPE and AirPlay Directandmusic lovers can find “I Am Not Alone” oniTunes,Amazonand other popular e-tailers.

Fans eager to hear more will thrill to this seven-song outing. Six of the tracks were helmed by respected producer Paul David (CeCe Winans, Andre Crouch, Jonny Lang) and recorded at Ocean Way studio in Nashville with some of Music City’s hottest pickers. “I Am Not Alone” was produced by Grammy Award-winner Lawrence “Boo” Mitchell (Rod Stewart, Al Green, John Mayer) and recorded at the famous Royal Studios Memphis.

From
rowdy to sweetly sentimental, from tender to towering, Jimmy’s latest
music shows why his popularity has grown from year to year and from show
to show.

HARD
WAY TO GO kicks off with shredding guitars and a pounding bass and drum
line set the stage for a rocking ode to paradise on “Blue Spaces.” The
tempo and feel change dramatically with Jimmy’s emotive vocal and the
tender “home is where the heart is” message of “She’s Where I Belong.”
Charles fires it up to tell of the challenges he’s faced while chasing
his dream with “Rollin’ On,” a new Southern Rock classic ala Lynyrd
Skynyrd that highlights edgy guitar riffs and a vamping chorus. Tasteful
acoustic guitar, mandolin and Jimmy’s raw vocal vulnerability shine
through on the whisper-soft “God And A Woman,” which conveys the amazing
grace found in both love and faith. The tune is a perfect segue to
“Superman,” which was written specifically for ZERO Cancer, a support organization.
A perennial fan favorite due to Jimmy’s powerful performance and his
work as the organization’s national spokesman, the production perfectly
mirrors the dramatic highs and lows found in the fight against cancer.

“I
Am Not Alone” is another purpose-written song about battling this
disease. An anthem-like rendering, it shows Jimmy’s dedication to cancer
awareness, prevention, and aid. The EP closes with the title track,
“Hard Way To Go,” a song that takes the Maryland native to a “different
place” every time he sings it. “This is raw and true and deep,” he says.
“It’s about addiction; about not giving up.” The track opens with an
echoing, acoustic guitar and the lyric is stark. The vocal is a triumph;
need, hopelessness, faith, and forgiveness are all conveyed here, and
it offers a poignant close to this project.

“If
my music helps just one person get through their hard times, then I’ll
be happy,” Jimmy says. “People face struggles in this life, and I hope
they know they’re not alone. People do want to reach out and give back.”

Giving back is something Jimmy has been doing since joining Zero Cancer as a spokesman in 2014, and he expanded his outreach with the formation this year of his own nonprofit, #IAMNOTALONE.
The EP is the culmination of two years of writing and honing his craft
and Jimmy is excited to share it with the world. “I’ve come a long way
since American Idol and Nashville Star,” says the
laid-back vocalist. “I had a blast making this record and I hope
everyone who hears it takes something positive away from it. That’s part
of my message – and I want to share it.”

All
downloads of the “I Am Not Alone” single, and a portion of the album
sales, will go to #IAMNOTALONE. To donate directly to the nonprofit, click HERE.

He’s
made a national name for himself with compelling original material and
toured the country opening for Lady Antebellum, Montgomery Gentry, Kip
Moore, Kacey Musgraves, Josh Turner, Merle Haggard and more since
launching his music career in 2014. A Season 9 American Idol
“Hollywood ticket” participant, he placed in the Top 50 of Nashville
Star in 2013. The singer/songwriter found early success with his first
single, “Whatever It Takes,” and the power of his second release,
“Superman” solidified his place in the spotlight. The single’s companion
video premiered on CMT, trending in the #1 spot for over a week,
generating over 5,000 shares its first day on the site. His third single, “Bout Summertime” showcased his more adventurous and carefree side, landed him on the MusicRow Chart and set the stage for “I Am Not Alone.” A
native of Ocean City, Maryland, Jimmy graduated from Towson University.
He played football and baseball, loves to fish, work out, play golf,
and spend time at the beach. When he’s not on the road touring, he
enjoys playing with his bulldog Hank.