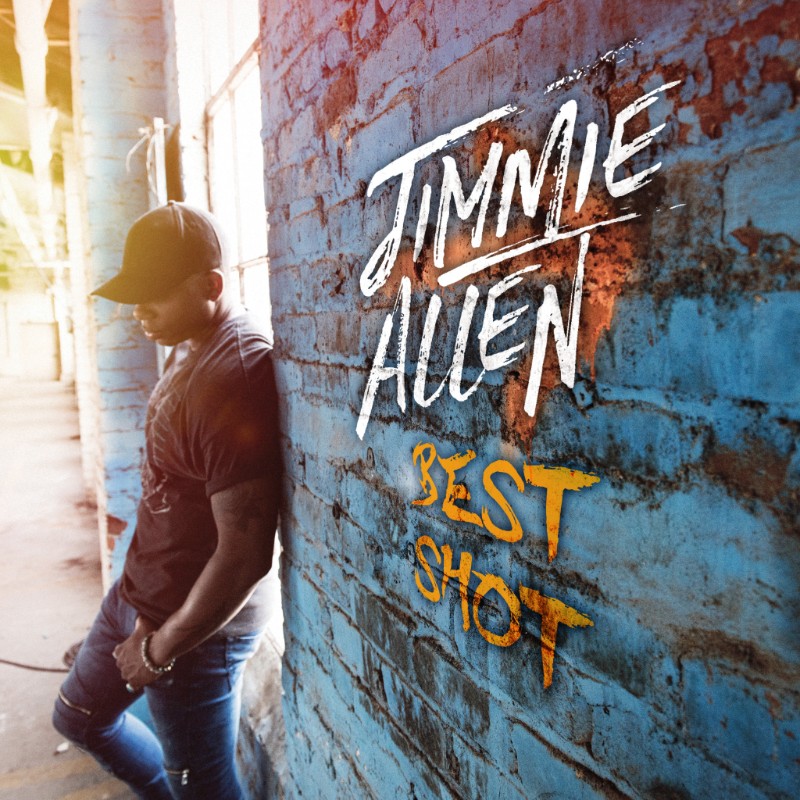 In 2016, Jimmie Allen
spent his last $100 to buy a ticket to the CMA Awards as a fan. Two
years later, the rising country star stood on stage to present the CMA
Award for Single of the Year and is currently holding the No. 1 spot at
the top of the Billboard and Mediabase/Country Aircheck Country Airplay charts with his own “Best Shot,”
which has been the most Shazamed song in Country music for the past
eight consecutive weeks. This impressive feat marks the first time a
black artist has garnered a career No. 1 hit with their debut single on
Country radio. He joins only Darius Rucker to claim the top spot in
Country with a debut single.

“If someone asked me two years ago if I thought that this would be my
life today—that I’d be on the red carpet at the CMAs or my song would be
the No. 1 song on country radio, I would have honestly said no,”
reflects Allen. “Did I think it would happen eventually? Absolutely!
Just not this soon. I’m humbled and grateful— it’s such an honor to get
my first No. 1 and to know that my song is connecting with people and
resonating in a way that hopefully makes us all better people in the
end, because that’s really what ‘Best Shot’ is all about.”

Written by Allen, Josh London and JP Williams, “Best Shot” is the first single from Allen’s label debut project Mercury Lane. Described as “a rare honest love song, with a catchy, melodic chorus that flirts with pop-rock power balladry” by Rolling Stone,
“Best Shot” is a self-evaluation song that comes from a personal place
in Allen’s life and focuses on taking each day to be a better person.

“When you’re a better person, you can be a better husband,
wife, parent or friend,” injects Allen. “In writing this song, we just
wanted to be honest with ourselves and write something that others can
empathize with.”

Dubbed “a self-made man” with “one of the most inspiring tales to come out of music row in the last decade” by CMT, Sounds Like Nashville declares that Allen “is on his way to becoming one of the most important young voices in country music” and Pandora states “it’s only a matter of time before his is a household name.”

Following an incredible co-hosting job, Allen will return for his fourth appearance (since October) on NBC’s TODAY
as part of Kathi Lee and Hoda’s “Guys Tell All Panel” on November 28.
Fans will have a chance to see Allen on the road this winter playing
direct support to Scotty McCreery on his Seasons Change Tour and playing select dates on Kane Brown’s Live Forever Tour.

The epitome of the phrase “persistence pays off,” Jimmie Allen laid it
all on the line to make his dreams a reality. Now signed to BBR Music
Group’s Stoney Creek Records, Allen’s debut single “Best Shot” is a
certified hit, claiming the spot as the #1 Most Shazamed song in the
format for eight consecutive weeks, and also claimed the No. 1 on
Country radio, marking the first time a black artist has launched a
career with a No. 1 hit with their debut single on Country radio. On
October 12th, Allen released his hotly-anticipated debut album, Mercury Lane,
named in tribute to the street he grew up on and the origin of his
incredible journey. Featuring a cutting-edge mix of country, rock,
R&B, and pop, Mercury Lane draws upon the influence of his family and small-town upbringing of the critically-acclaimed rising star.

The Southern Delaware native’s talent for songwriting is
undeniable, having written a song that was featured in a Super Bowl
commercial and appearing in a Diet Coke ad with megastar Taylor Swift.
“Blue Jean Baby,” off his debut self-titled EP, immediately caught the
attention of country music fans and critics alike with its soulful
groove— rocketing it to the top of digital playlists, across all genres.
After introducing his music at festivals across the country this
summer, this fall Allen will hit the road once again to share the stage
with Chase Rice, Kane Brown, and Scotty McCreery. The hot newcomer has
already been heralded as one of the top “artists to watch in 2018” by Rolling Stone, Billboard, Pandora, Sounds Like Nashville, NY Country Swag, Country Music Rocks and New England Country Music has earned spots in CMT’s “18 for 2018” Listen Up program, Bobby Bones’ Class of 2018.