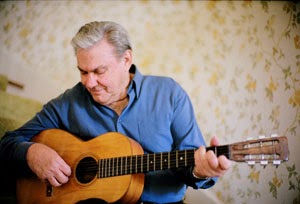 NASHVILLE, Tenn. (November 10, 2014) – JIM ED BROWN, a Country paragon, celebrates his 51st anniversary as a member of the Grand Ole Opry with a new CD, IN STYLE AGAIN, due in stores on January 20, 2015.  The disc’s first single, “When The Sun Says Hello To The Mountain,” features Jim Ed and sister Bonnie Brown, and is available to Country radio today. Programmers can find the music at AirPlayDirect and enjoy Jim Ed’s story behind the song here.

Jim Ed’s past recording partnership with sisters Bonnie and Maxine earned them hits with “I Heard The Bluebirds Sing,” “Scarlet Ribbons,” and the 1959 million-selling “The Three Bells”.  As a solo artist (with hits like the iconic “Pop A Top,” “Southern Loving,” and “Morning”), and as part of a CMA Award-winning duo with Helen Cornelius (“I Don’t Want To Have To Marry You,” and “Lying In Love With You“), Brown has earned his place among other Country legends.  IN STYLE AGAIN proves Jim Ed is a timeless interpreter of a genre that is always in fashion.

ABOUT JIM ED BROWN
During a seven-year run THE BROWNS charted numerous times, including the mega-hit “The Three Bells,” which was #1 on the Billboard Hot 100 Pop and Country charts, #10 on Billboard’s Rhythm and Blues chart, and was featured in the final season of The Sopranos (2007).  The Arkansas native enjoyed his first solo hit in 1965 and his signature song, “Pop A Top,” ruled the charts two years later.  He and Helen Cornelius won CMA honors in 1976 for Duo of the Year, and the two enjoyed a string of hits throughout the ‘70s and ‘80s that included “I Don’t Want To Have To Marry You” and “Saying Hello, Saying I Love You, Saying Goodbye.”
Brown has hosted four network television shows and a radio program, and
served as a spokesperson for Dollar General Corporation and Arkansas
Children’s Hospital.  He currently hosts the nationally-syndicated COUNTRY MUSIC GREATS RADIO SHOW heard on more than 200 stations per week.