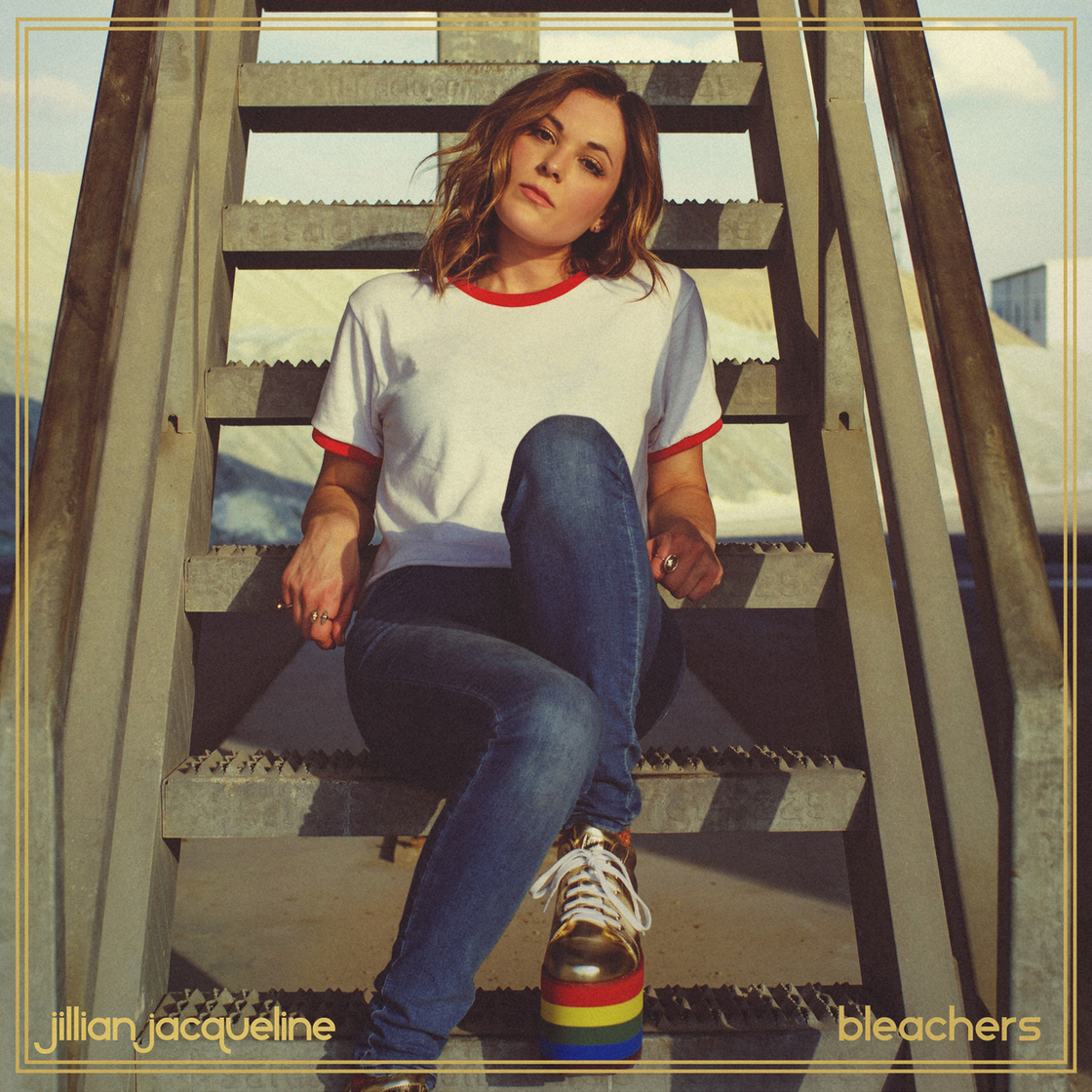 Retro-Themed Day In The Life Video Now Live On Vevo

Opening Shows For Dwight Yoakam Through July
Nashville, Tenn. (June 23, 2017) – Razor-sharp rising star and Big Loud Records artist JILLIAN JACQUELINE has
today (6/23) released the song and video for her defiant new track,
“Bleachers,” a confident declaration which puts her unflinching Country
creativity on blast.
Co-written by Jacqueline with Tofer Brown and Trent Dabbs, the song is
now available across all digital platforms and highlights this emerging
artist’s fully developed sense of self. Upbeat and carefree, “Bleachers”
is a loud-and-proud anthem filled with marching beats and pep rally
chants that celebrates individuality and staying true to who you are.
“I wanted to write something that felt like an anthem, a lighthearted
ode to embracing individuality without sounding preachy,” Jacqueline
explains. “When I wrote it, I felt like using the dynamics of high
school as a way to describe life shows how the ideas and beliefs we
sometimes learn young get carried into adulthood and can prevent us from
embracing the contrasts that actually make the world so uniquely
beautiful. It’s the most fun to sing onstage.”
Now live on Vevo,
Jacqueline’s “Bleachers” video is a day in the life adventure full of
retro swagger, inviting viewers to tag along for recording sessions,
photo shoots, scooter rides, and even a shopping trip as the talented
singer-songwriter grows her collection of vintage threads.
WATCH HERE: http://vevo.ly/NGHsQx
Proving herself as a creative force to be reckoned with, Jacqueline has
already turned heads with the vibey videos for her first two Big Loud
Records tracks, “Reasons” and “Hate Me.”
With over a striking 12.3 million streams and 1.4 million monthly
listeners to her name, “Reasons” has already rocketed into Spotify’s
Viral 50 USA list while racking up nearly 5 million streams on this
streaming platform alone. Positioned on several prominent playlists
including Spotify’s New Music Friday, the song is also currently
featured on SiriusXM’s “On The Horizon” program.
Named early on as one of Rolling Stone’s
“10 New Country Artists You Need To Know,” Jacqueline was selected for
CMT’s coveted Next Women of Country list, as well as the network’s
tastemaking “17 for 2017” rundown of new artists to watch this year.
Through the month of July, Jacqueline will be opening shows for
boundary-pushing icon Dwight Yoakam, after wrapping a run with Billy
Currington. She will continue to introduce herself as a Country artist
who’s different from the rest, prepping for the release of her first
project produced by Tofer Brown.
For more about Jillian Jacqueline, visit www.jillianjacqueline.com.
About Jillian Jacqueline:
A native of Chester Springs, Pennsylvania, Jillian Jacqueline was
road-mentored by Country icon Kenny Rogers and has written and recorded
alongside legends like Vince Gill and Richard Marx. Combining a
progressive mindset with effortlessly raw vocals and new-school,
no-holds-barred storytelling, she is part of the exciting Big Loud
Records label roster with breakout success Chris Lane and rising star
Morgan Wallen. Jacqueline has been invited to co-write with some of the
biggest hitmakers in Music City, including Craig Wiseman, Shane
McAnally, Natalie Hemby, Rodney Clawson, Chris Tompkins, Lori McKenna
and more. Dubbed a “dazzling chanteuse-wordsmith” by Rolling Stone in
2016, her unflinching debut for Big Loud Records, “Reasons,” made it’s
debut on CMT in April 2017, with her second release, “Hate Me,”
following in May. CMT has named her to the coveted Next Women of Country
list and also included her on the “17 for 2017” rundown of new artists
to watch in the coming year.
###