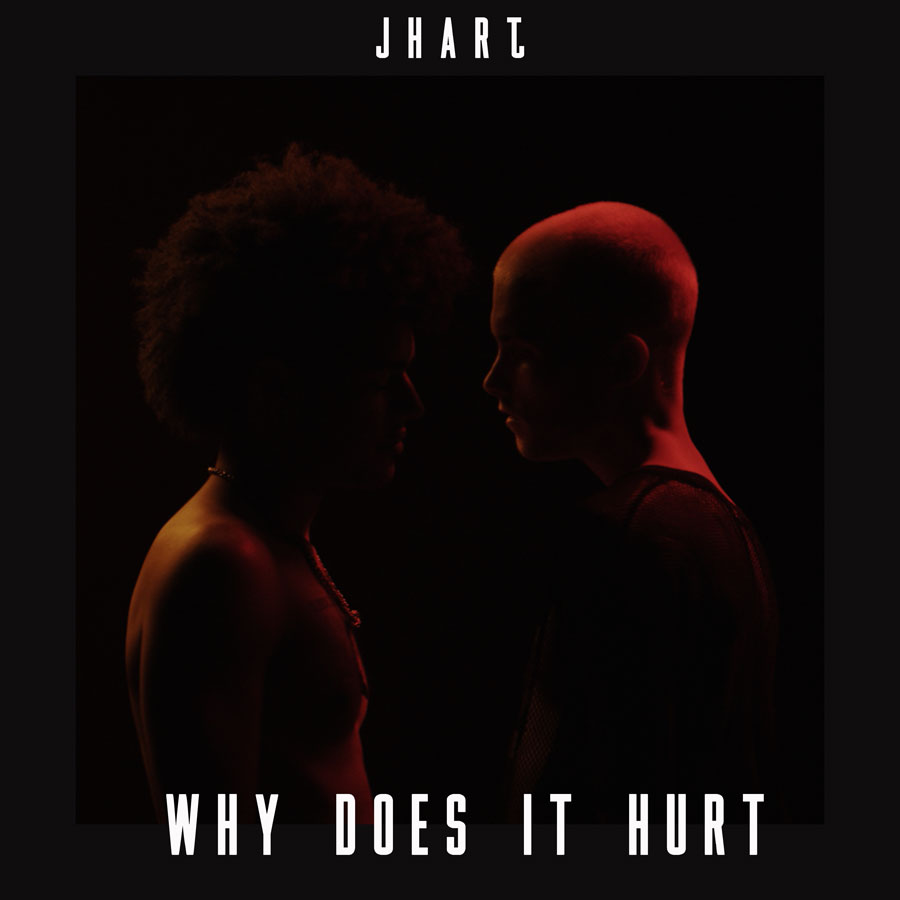 JHART Releases New Single & Video, ‘Why Does It Hurt’

JHART Releases New Single & Video, ‘Why Does It Hurt’

Today marks the return of GRAMMY-nominated, multi-platinum selling singer, songwriter and producer JHart (AKA James Abrahart), who unveils the video for his latest single, “Why Does It Hurt,” which is out worldwide today. Directed by Chuck David Willis,
the video alternates between classic black and white and deep red and
orange hued shots, tugging at the heartstrings in its touching depiction
of LGBTQ love and heartbreak.

Watch the official video for “Why Does It Hurt” HERE.

Written by JHart and produced by LostBoy, “Why Does It Hurt,”
is an emotionally-charged soul-pop ballad about coming to terms with
the end of a relationship. Speaking about the new track, JHart explains “The
‘Why Does It Hurt’ video was a hard video for me to film, and maybe
harder to watch, but I rediscovered what I felt writing it and tried to
convey it as best I could. I asked the director, Chuck, to leave me
alone with the camera and we filmed the black and white footage in two
takes. Was gratifying to switch things up and do something simple this
time around, that I think truly represents the emotion of the song.”

The single is the follow up to the British artist’s sultry and cinematic debut single, “Put It To Bed,” which was released earlier this year to widespread critical acclaim, with Billboard hailing
it as “triumphant & danceable,” and citing it as “proof of JHart’s
true power and a sign of great things to come.” Written and produced by JHart and Nick Ruth (5 Seconds Of Summer, Kelly Clarkson, Carly Rae Jepsen), watch the steamy video for “Put It To Bed” HERE.

Last month, JHart released two dancefloor ready remixes for “Put It To Bed” by Toronto based DJ and producer, Frank Walker and Australian producer and remixer Ryan Riback, both of which are available to stream worldwide HERE.

With two soulful tracks already out in the world, JHart continues to tease listeners with a delectable first taste of what’s to come from his forthcoming project, Vol 1 – Songs From Therapy, due later this year and featuring collaborations with Greg Wells and LostBoy.The inspiration for ‘Vol 1 – Songs From Therapy’ came after listening to audio recorded during his own personal therapy sessions. As he explains, “When
I started going to therapy, I noticed a change in my ability to be
present creatively, so after a few months I pitched my therapist the
idea of recording our sessions with the goal of writing my record and he
agreed to it. Therapy also helped me get over a fear of performing that
stopped me from pursuing an artist project for most of my adult life.”

With “Why Does It Hurt” and “Put It To Bed” before it, JHart’s
proper introduction as a full-fledged solo artist is in full effect.
Having started out as a songwriter writing hits for artists spanning
multiple genres, including Justin Bieber, Keith Urban, Usher, Kygo, Rita Ora, Kevin Gates, and Camila Cabello, with his output as a songwriter amassing over 8 million in sales. JHart co-wrote two songs on Justin Bieber’s 2015 Purpose album, including the Billboard Hot 100 single “Company” and Keith Urban’s hit single, “Wasted Time,” which reached No. 1 on the Billboard Country Airplay Chart in 2016. He also penned two songs, “In The Dark,” and “Something’s Gotta Give” on Camila Cabello’s debut self-titled album which hit the top spot on the Billboard 200 Chart earlier this year. As an artist, JHart was prominently featured on Kygo‘s “Permanent,”
which hit the Top 50 on Billboard’s Dance/Electronic Songs Chart,
before joining the Norwegian producer/DJ’s Kids In Love arena tour in
early 2018 and performing at Coachella. Watch the newly released
acoustic video for “Permanent” HERE, recorded live at The Ace Theatre in Los Angeles and directed by Johannes Lovund.

In speaking about the new project, JHart recounts, “I’ve
been a writer for other artists for about 7 years now, so I knew if I
was going to commit to doing my own artist project, it had to tick
multiple boxes for me; be creatively satisfying, be experimental in
inception, and more than anything else feel like an honest reflection of
myself and whatever I was going through.”

Expect to hear a lot more from JHart in 2018 and beyond and stay tuned for more new music coming soon.

“Why Does It Hurt” is OUT NOW.