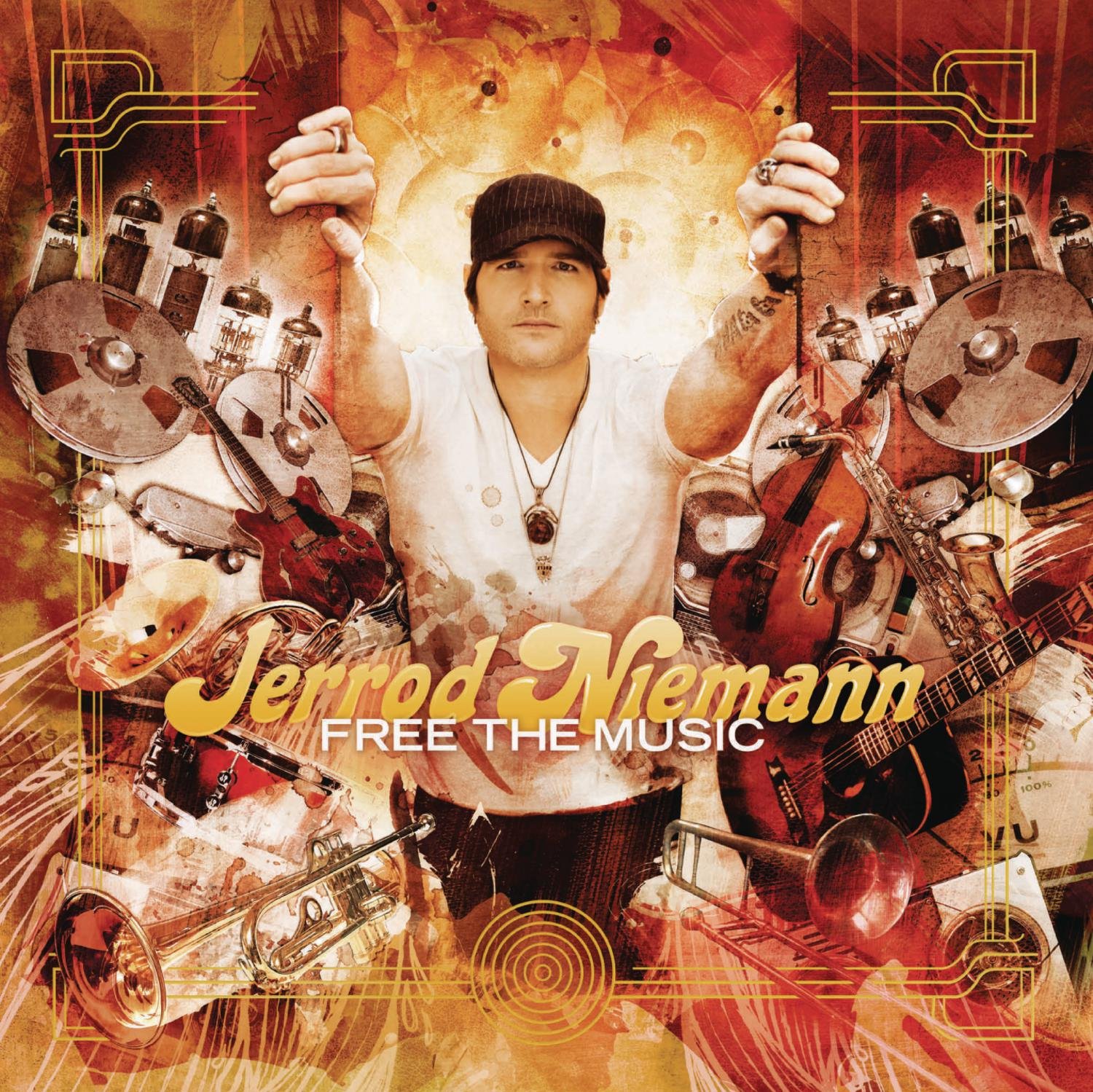 Jerrod Niemann has created a rhythmic masterpiece with soulful sides! Free the Music is his fourth studio album, which was released in October 2012. Musical sophistication is in every single song, because the combination of melody, rhythm and lyrics are precisely coordinated.

The song “Free the Music”, in contrast to the last line of the chorus “it’s party time”, exudes calm and serenity, but like in almost every song there is a gripping rhythm that simply carries you away without you being able to do anything about it .

This can also be felt with “It Won’t Matter Anymore”, “Get On Up” and “Shinin’ On Me”.  Here the positive sides of life play a role, which can also be found in the easy-going and happy melodies. The four ballads on the album are not all about love. “Fraction of a Man” is a very soulful ballad that tells that everyone should be who they are. You don’t need to be ashamed and should be proud of who you are, even if you don’t always get a positive response.

“All About You” is one of the classic ballads. The duet with Colbie Caillat not only conveys the feeling of true love through the lyrics, but also through the wistful voices that underline the atmosphere. In contrast, “Only God Could Love You More” is completely different. The powerful rhythm gives you the feeling that something is holding back in the melody, but prefers to break out unrestrained immediately. This tangible tension and passion that lies behind it is also reflected in the words. It’s about a relationship in which it’s not always easy and you get each other upset and still know what you have in each other.

A completely different mood shows with “Real Women Drink Beer”. This is more about good humor than important content, although I don’t want to say that the statement that a beer is also suitable for women has no meaning. I put “Honky Tonk Fever” on a similarly relaxed level. In keeping with the title, the melody is chosen in such a way that one has the feeling of being a little dazed and suffering from a fever.

An interesting contrast can be found in “I’ll Have to Kill the Pain” and “Whiskey Kind of Way”. The first song is distinguished by its exuberant melody from the second, which is characterized by its sentimental and slow nature as the fourth ballad of the album. What they have in common is the similar theme, which however evokes a completely different mood in each song. “I’ll Have to Kill the Pain” is about someone who is unhappily in love and drowns his grief in alcohol and judging by the melody, successfully. “Whiskey Kind of Way”, on the other hand, is about the situation in which you only notice through alcohol, in the case of whiskey, that you feel even more about a past love than you wanted to admit before:

“Oh, don’t the truth come out when you’re drinkin’

I’ve been drinkin’ about her all day.

Guess I still love her in a whiskey kind of way ”

“Guessing Games” can only be compared with the other songs to the extent that it is also a musical highlight thanks to its perfectly chosen rhythm and lyrics. In short, it’s about a person who pretends to be something for everyone. The arrogance and the inaccessibility are transferred directly to the melody and thus also to the recipient.

A really great, musical and artistic achievement that every music lover, no matter what genre, will appreciate as soon as he has listened to the first song.