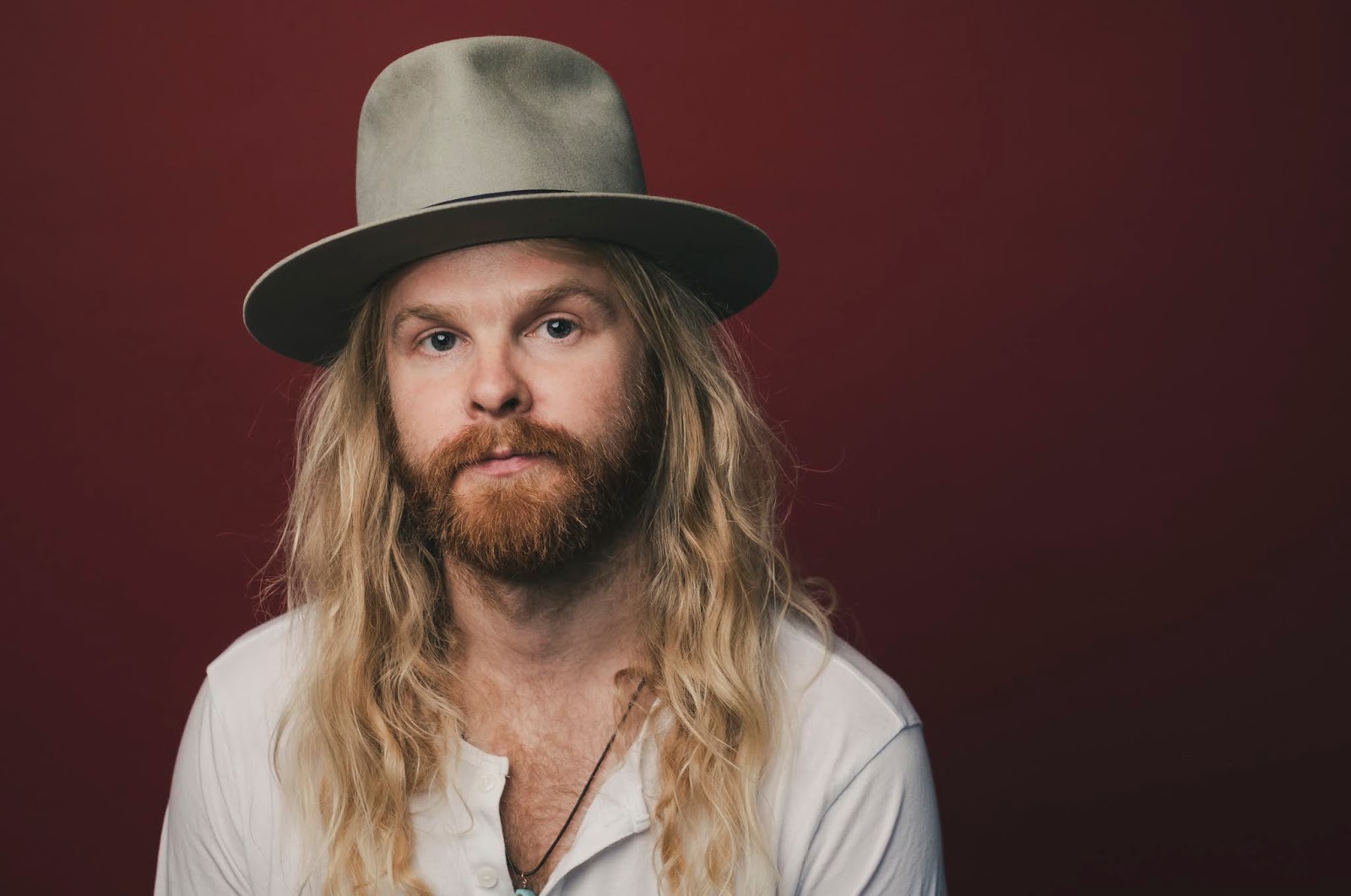 Lamitschka:  Country Music has many new fans throughout Europe
who may be hearing about you for the first time. How would you describe
yourself and the music you play to someone who has never seen or heard
you?

I’d say I sound like someone who grew up in
the woods in Idaho and who’s been driving back and forth across the US
for the past 15 years writing about the strangers and friends I’ve met
and relationships I’ve screwed up and funneled through the lens of my
mothers favorite bands like the Eagles, Jackson Browne, Tom Petty, Elton
John, Fleetwood Mac, Crosby, Stills, Nash, and Young. I’m inspired by a
ton of newer music as well like Hiss Golden Messenger, Andy Shauf,
Reckless Kelly, Wade Bowen, Paul Thorn, Pete Yorn, Jonathan Wilson, and
so on and so forth. It’s an ever-evolving thing but those are some of
the artists I’m drawn to and inspired by.

I
took a gig playing guitar for a few months with my friends Reckless
Kelly from Austin, TX at the beginning of the summer so that was a
highlight as I’ve been a fan since I was a teenager. We also did 3 weeks
in Germany and Switzerland in June so that was a blast. Also, I hit
some milestones with my band and played some bucket list rooms like
Cain’s Ballroom in Tulsa, OK and Floores Country Store in Helotes, TX. I
finished my 5th album coming out in April. Been a good year. Busy as
hell but…good busy.

Lamitschka:  Tell us about your upcoming album

Well…it’s
the big #5 so it feels like a big one for me. Feels good to go out on
the road with 5 albums of material ya know? Our show has really evolved
over the past year in the sense that we can play 2 or 3 nights and not
repeat anything. It’s a cool thing to be able to do. This album nearly
killed me to write also as I separated with someone I really loved and
had to really dissect all those feelings and get back to looking in the
mirror again. I was drinking heavily throughout all of it which wasn’t
necessarily the healthiest way to cope with it but I love the songs for
what they are. Raw and honest and the sound of me climbing out of a
pretty deep hole I’d fallen into. Looking at the songs now from the
other side of it all I’m really proud of them. I think they show a
really honest part of me that’s not very easy to get to or describe.

Lamitschka:  How did you choose the title for the album?  Is there a story behind the name?

I
lived in LA for 5 years and coming from Idaho the first thing that
bothered me was not being able to see the stars from all the light
pollution from the city. It was the same when I got to Nashville a
couple of years ago and was something I’ve always loved about Idaho. The
first line is “Waitin’ on a sign or a light to shine on a path to get
me outta this place / These city lights bury the Northstar and I can’t
find my way.”

I’ve
heard a lot of different stories from fans over the years and it’s
always incredibly humbling for me. I guess one that stuck with me was a
German guy I met on a boat in Point Arenas, Costa Rica 12 years ago and I
gave him a CD I had of mine I had in my mini guitar bag. He showed up
at a gig last year in Boulder, CO and came up to me and goes “Remember
me!?” I had no idea and he explained that I gave him a CD over 10 years
ago and he’d been listening to it at home in Germany ever since and
following me online and is a huge fan. It just blew me away how music
can almost create that elastic connection to people all over. It’s as if
people know who you are through your songs (which are probably more
honest than I am in person). They’ve connected me to people all over the
country and world. It’s just cool and is another part of why I feel
compelled to live this bizarre lifestyle.

I
hide at the log cabin my dad’s been building for 35 years up in Idaho
and usually drive around and soak in the hot springs that are scattered
all over where I grew up. If I’m in the city I really love going and
seeing Jazz also. The rock band thing is tiring after touring with that
set up for months on end. I love hearing a piano and standup bass and
drinking a dirty gin and vodka Martini at Rudy’s in Nashville or The
Green Lady Lounge in Kansas City, MO or The Black Cat in San Francisco
or Chandlers in Boise, ID…that kinda music is so outta my wheelhouse
and having a few drinks and listening to those kinds of musicians makes a
high school dropout songwriter like myself feel smart. Or I go to the
bar and drink and talk to strangers. And write. I like to write at home.
Journaling or whatever.

Yes.
Maine and Hawaii. Only 2 states in the USA I haven’t played yet. And
Eastern Europe. Wouldn’t mind making it over that way in 2020.

Yeah!
We always try to do touristy stuff as a band when we’re on tour. We
call it “team-building” in the band. Gotta enjoy the sights man!

“Help Me!” By Joni Mitchell and “Did it all for Love” by Robert Earl Keen.

There’s
plenty but last year in Fort Worth, TX we came out to the van after our
show and a 350-pound cowboy character drunkenly crawled into our van
and passed out. I came outside to a police officer trying to wake him up
at the passenger side of our van and was certain the cop was busting
our drummer for smoking weed in the van. Walked up to them trying to
wake this dude up and he was completely blacked out! So 5 of us
(including the cop) had to push this guy outta our van and drag his
drunken carcass across the parking lot and hoist him into another van to
drive him home. He ate some pizza in our van and threw it up in the
other one I heard. Saw that same cop last time we played Fort Worth and
we had a good laugh about it. Gotta love Texas! There’s a new story
every night but you’ll have to follow me online for those. Or buy the
album 😉