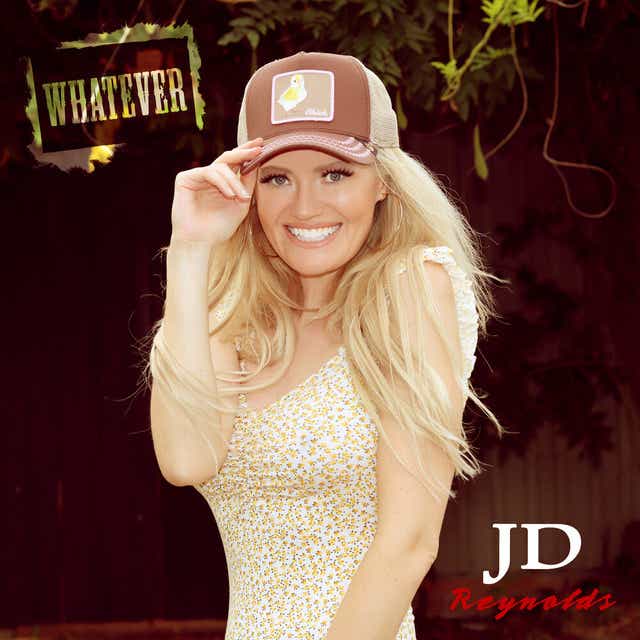 A true singer, a real songwriter, a neoteric producer, an incredible dancer and striking performer, all wrapped up in a stunning package that could grace the cover of any magazine in the world, and yet, her down to earth country girl charm is what makes this extraordinary artist so real.

JD Reynolds was born an artist. “It’s in my blood. Music, melody, lyrics and dance flow through my veins, gifts straight from God for which I am thankful”. JD’s Mother had Elvis, Michael Jackson, Prince, Roy Orbison, Dolly Parton and Whitney Houston on daily replay in the house, so JD grew up listening to the King of Rock ‘n Roll, The Prince of Pop, The PRINCE of Everything, The Caruso of Rock, The Queen of Country Music and The Queen of the Night.

JD’s sound is fresh originality for Country music. “My entire album came to me like a bolt of lightning, the JD sound, my sound, respecting Country music roots yet having my own next level twist”. As an up and coming producer, JD teamed up with seasoned producer Braddon Williams (Beyoncé, Snoop Dogg, P Diddy, The Script, Kelly Clarkson) to co-produce what country music insiders have nicknamed “The Jagged Little Pill of Country.” Braddon knew he was helping to create a unique country album for an incredible talent. “JD is her own artist, incomparable, and the album reflects it.” Braddon brought in the talents of Murray Sheridan on drums (Pink, Kelly Clarkson, The Script, BoysllMen), and Kris Petersen on guitars (Alice Cooper, Aerosmith, Van Halen, Billy Joel). JD’s sound has been mastered by Andrew Mendelson, who has mastered dozens of #1, Grammy winning, gold and platinum projects by artists including The Rolling Stones, Blake Shelton, Eric Church and Willie Nelson.

JD’s girl power anthem smash hit WHATEVER is still enjoying worldwide airplay, hitting #8 on the official Australian Country Music Charts, has over 150,000 streams and counting, and over 60,000 plays on YouTube alone.