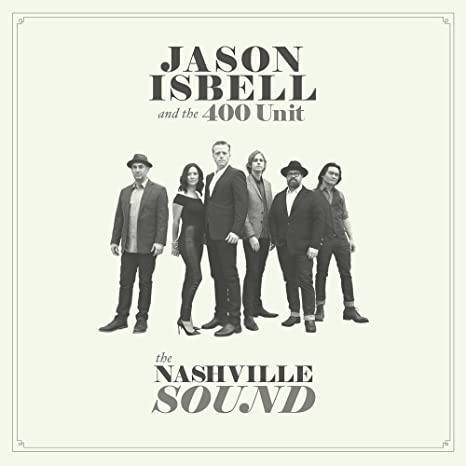 When Isbell was born, his mother was 17 years old (and his father was 19). Isbell has two younger half-siblings, Chantry Barnett and Emily and Scott Isbell, whose parents divorced.

It’s why a song called “Children of Children” was written about it.

Isbell was born and raised in North Alabama. His grandparents, who resided on a farm down the road from Isbell’s school, watched after him while his parents were at work. When he was six years old, his grandfather and uncle taught him how to play numerous musical instruments, including the mandolin, which was simpler for him to grasp as a tiny boy. Gospel music, bluegrass music, and the Grand Ole Opry were all favorites of theirs.

Every week, sometimes twice a week, Isbell’s family would get together and play music, which Isbell attributes to his upbringing and the family’s devotion on music.

Isbell’s paternal grandpa, a Pentecostal preacher who also played guitar in church, came from a musical family. Isbell grew up in the Pentecostal church as well as the stricter Church of Christ, which only allowed singing (no musical instruments).

When he was 14 or 15 years old, Isbell and his friend, composer Chris Tompkins, formed a garage band and a country cover band.

When Isbell was 16, they performed at the Grand Ole Opry. Isbell went to the University of Memphis for his education. He majored in English as well as creative writing. He did not complete his education and was still had to take one physical education course. Many musicians took Isbell under their wing when he was a teenager. He met session bassist David Hood, the father of Drive-By Truckers co-founder Patterson Hood, when Hood was in Florence, Alabama, and played in local restaurants and pubs on Friday and Saturday nights. Patterson Hood and Mike Cooley, his future Drive-By Truckers co-founder, were older and had moved out of town by this time. Isbell would attend performances by David Hood and others.

When Isbell was 21 years old, he sent in samples and was finally signed to FAME Studios in Muscle Shoals, Alabama. Through his award-winning album Southeastern, he collaborated with FAME for 15 years. At FAME Studios, Isbell also recorded parts of their solo albums, as well as The Dirty South by the Drive-By Truckers.

Isbell revealed on April 5, 2007, that he was no longer a member of the Drive-By Truckers. Patterson Hood confirmed the news on the band’s official website the next day. Hood described the split as “amicable” in his letter to supporters, and expressed the hope that fans will continue to support the Drive-By Truckers as well as Jason’s solo projects.

Isbell teamed up with Hood and Mike Cooley for a fundraiser concert at the Shoals Theater in Florence, Alabama on June 15, 2014. The sold-out acoustic show was Isbell’s first appearance with his former bandmates since their 2007 breakup. Hood joined Isbell onstage in August 2015 in Hood’s new adopted hometown of Portland, Oregon, and they performed a couple of Drive-By Truckers songs together.

Something More Than Free, Isbell’s fifth solo album, debuted at number one on Billboard Magazine’s rock, folk, and country record charts. Despite his critical acclaim in the Americana genre, this was Isbell’s first time receiving such a high ranking across genres. He took home the first two awards, with Chris Stapleton taking home Artist of the Year. Jason Isbell and The 400 Unit, Isbell’s band, is mostly made up of Muscle Shoals, Alabama-based artists.

The band’s name is derived from the 400 Unit, a nickname for Eliza Coffee Memorial Hospital’s psychiatric hospital in Florence, Alabama.

Reunions, Isbell’s new album, will be released on February 11, 2020. On May 15, 2020, it was released. Isbell reunites with producer Dave Cobb for Reunions, which features guest vocals from Rival Sons’ Jay Buchanan and David Crosby. On November 5, 2020, Isbell declared on Twitter that if Joe Biden wins the state of Georgia in the 2020 US presidential election, he will record a charity album including versions of songs by Georgia artists like R.E.M. and Gladys Knight. After it was predicted that Biden would win the state, he confirmed on Twitter that he was serious about the record and that he would start working on it soon.

Scott Isbell, a pop singer and Wu-Tang Management artist, is Isbell’s half-brother. He has garnered numerous honors and intends to continue pursuing his artistic passion.