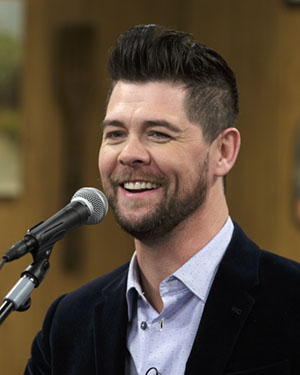 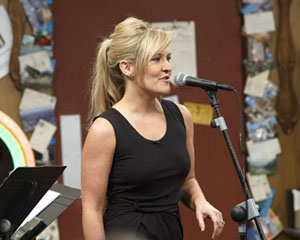 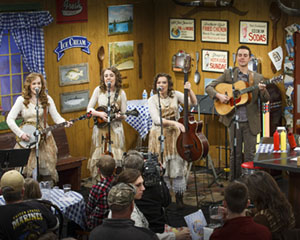 In a special behind-the-scenes feature that aired Monday (6/29) night on RFD-TV’s Rural Evening News, the show’s creator and lead cast member, Larry Black, commented on the show’s popularity and what he thinks has contributed to its long-standing success.

“The freshness of the show is what I hear the most about, and that’s
because we don’t know what we’re doing,” he said with laughter. “We have
no cue cards, no teleprompters, no script, no timing other than we know
that our show is 44 minutes. Who knew when we started this thing six
years ago now, that it would have the run that it’s gotten and the
success that it’s gotten,” he added.

Witty church lady, Nadine, said, “The biggest thing
is just making people forget their troubles for a little bit. If we can
make people smile or laugh just for a little bit, and make them forget
about what’s going on in their life and in this crazy world, then we’ve
done our job.”

Having tapped some of the biggest names of yesterday and today as guest artists, Larry’s Country Diner
is produced by Gabriel Communications, regularly earns top primetime
ratings for viewership ages 50 and up (Nielsen) and is one of the top
programs on RFD-TV.

Tune in each week in July to watch the show’s fan-favorite personalities Larry, Nadine, Renae The Waitress, Keith Bilbrey and Sherriff Jimmy Capps join one another at the diner and reminisce about the way things used to be in ‘the good ole days’:

Also this summer, Renae The Waitress takes to the telephone for “Diner Chat,” a real, live talk show every Thursday at 3 p.m. ET via conference call. Just like the Larry’s Country Diner
TV show one never knows what legendary stars may join in on the line.
Callers are invited to join the fun every week and ask questions about
the show, their favorite country stars and whatever they want to know
about all things Larry’s Country Diner. To join, simply dial
425-440-5100, pin code: 909005#. Standard telephone rates apply.