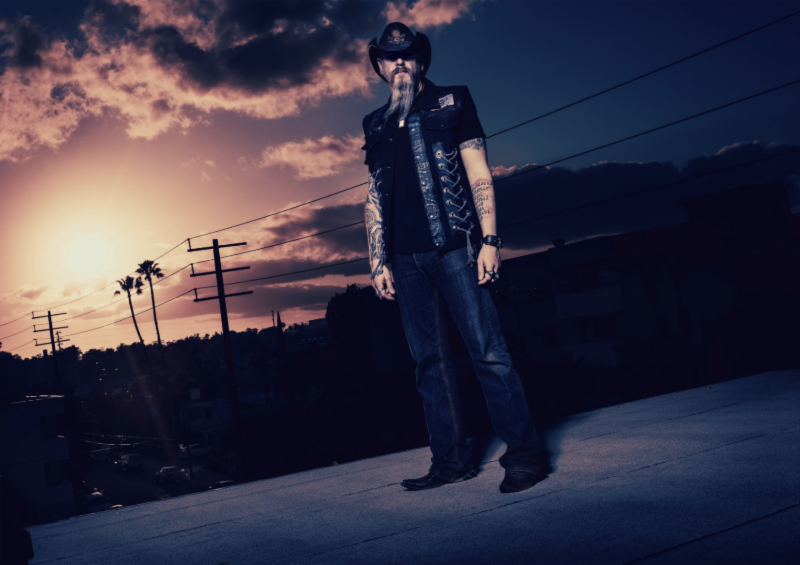 Accomplished and multi-faceted country rocker Jason Charles Miller is proud to announce the release of his “Hundred Pound Hammer” music video. The video, which can be seen HERE, is the last work to be directed by acclaimed filmmaker Jon Schnepp (Metalocoalypse, The Venture Bros., The Death of “Superman Lives”: What Happened?), who died suddenly during the making of the video. “Hundred Pound Hammer” is the opening track off of Jason Charles Miller’s latest full-length album In The Wasteland, which came out in June via RED MUSIC/Sony.

Randall Clay, who co-wrote “Hundred Pound Hammer” with Miller and has also penned hits with Ashley McBryde and William Michael Morgan, passed tragically in October. In The Wasteland, which wasmixed, mastered and produced by Grammy Award-winner Matt Hyde (Johny Lang, No Doubt, Deftones),
is Jason Charles Miller’s first truly career-defining album. The album
draws inspiration from a career that has spanned more than two decades
and a dozen releases, and is colored by a catalog of musical textures
drawing extensively from the worlds of rock, country and Americana. The
trinity of styles – coupled with Miller’s experience as a songwriter,
producer and performer, as well as a virtual who’s who of guest
performances – culminates in 11 tracks that blur the lines between
Southern Rock, classic country, and the outlaw attitude that has
earmarked Miller’s career. The album includes collaborations with
‘Cowboy’ Eddie Long, Dug Pinnick (King’s X), Duane Betts (son of Allman Brothers’ Dickey Betts), Peter Keys (Lyndrd Skynyrd), Brenda Lee Eager, and Adam Shoenfeld. In The Wasteland is more than just a record, it is the living and breathing embodiment of Jason Charles Miller.

“To be a fan of Jon Schnepp’s work for so long, finally working on this video with him was a real thrill,” states Miller about working with Schnepp on the video. “Collaborating was something that we talked about for years, but the timing was finally
right and we really captured something very special. I think it shows
off Jon’s genius and unique style: The video screams, “Schnepp” in every
way, as well as shows the audience the emotions of the song that
Randall [Clay, co-writer] and I were
trying to convey when we wrote it. The fact that the world lost two
geniuses from two different circles within a few months of each other is
something that I’m still trying to wrap my head around. I’m just glad
we can release this video and let people see and hear their spectacular
art.”

In December, Miller will tour Europe and the U.K. in support of Amigo The Devil. See tour dates below.

Jason Charles Miller is an
accomplished and multi-faceted performer, with more than two decades of
professional experience as a musician, songwriter, singer and voice
actor. Throughout his extensive career Miller has co-written songs with
artists such as Billy Ray Cyrus, Chuck Goff, Driver Williams, Marilyn Manson, and more. His music has been featured on HBO’s True Blood and Hung, WWE Smackdown, Dateline NBC, and more. He has received three Gold Record Awards for sales – one for the Disney Channel’s Teen Beach Movie for “Cruisin’ for a Bruisin“, one for “The End Has Come” featured in The Punisher, and another for the Godhead song “Penetrate” on The Queen of the Damned movie soundtrack. As a solo artist, Miller has opened for country greats such as Alan Jackson, Toby Keith, Gary Allan, Eric Church, and more. Topping it off, he has been featured by outlets like Rolling Stone, Billboard, Guitar World, MTV, and VH1, who have touted him as one of rock and country’s best and most consistent live singers.one of rock and country’s best and most consistent live singersone of rock and country’s best and most consistent live singers