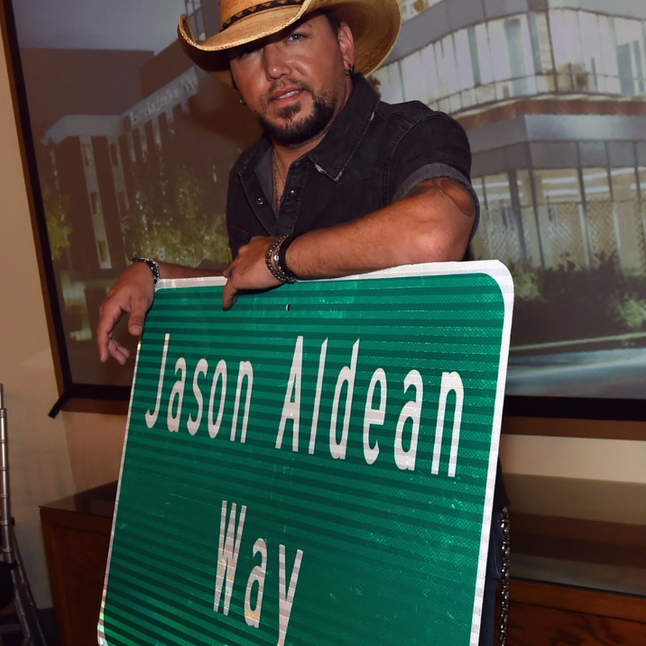 NASHVILLE,
TN – Aug. 14, 2017 – Two-time and reigning ACM “Entertainer of the
Year” Jason Aldean returned to his hometown of Macon, GA to a sold out
crowd for his second Concert For The Kids on
Friday (8/11) with special guest Luke Combs, local emerging talent
Maggie Renfroe and radio station WDEN-FM winner Trey Teem, raising
$702,209.43 for Beverly Knight Olson Children’s Hospital, Navicent
Health. After garnering more than half a million dollars at last year’s
intimate stripped-down performance, Aldean has now raised over $1.2
million to benefit the development of Macon’s new Children’s Hospital, the region’s only dedicated pediatric facility serving central and south Georgia, that enhancesthe
lives of children through patient care, research and education.
Beforehand, the multi-PLATINUM entertainer spent the afternoon with
patients and families at the current facility, reviewed plans for the
new addition and was honored with the reveal of “Jason Aldean Way,” the
renaming of a portion of the street that runs alongside the Children’s
Hospital. 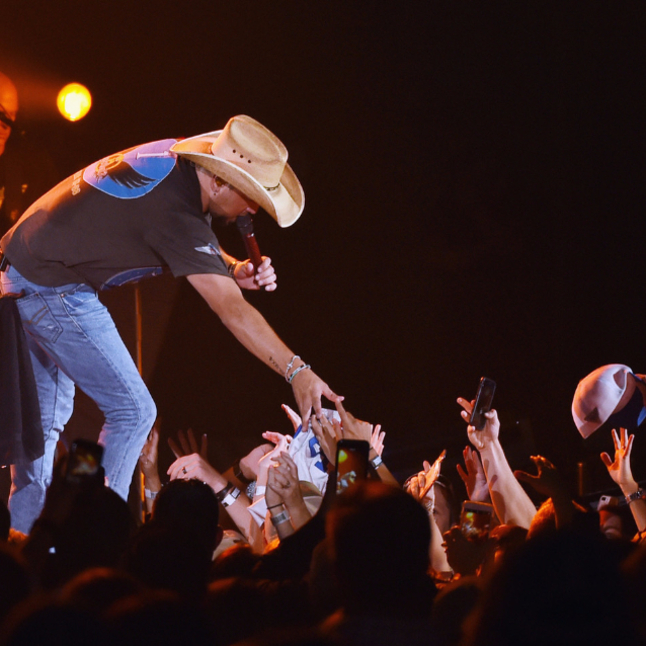 “We are so very
appreciative of Jason’s continued support for our patients at Beverly
Knight Olson Children’s Hospital, Navicent Health, ” added Ninfa M.
Saunders, DHA FACHE, President and CEO of Navicent Health. “Jason is a
hometown hero who is truly giving back to our young patients and their
families. We are most appreciative of his commitment to their healing
and care.”

“Macon will always
be my roots,” said Aldean. “When I moved away to chase music, all I
wanted to do was make my family and hometown proud. But, I’m just a
singer. I’m honored to be able to do do what I do to help raise money,
but the doctors and staff are the heroes and are changing these kids
lives.”

“Country music’s hard-rocking everyman” is “the mirror image of his fans” (Rolling Stone)
as his most recent album THEY DON’T KNOW follows each album release
earning PLATINUM certification or better, tallying more than 15 million
total album sales and 19 No. One hits. The longevity of his career
reached new heights as he debuted at the No. One position on Billboard’s
all-genre Top 200 Album chart for the third consecutive time. In
addition to his THEY DON”T KNOW TOUR, the “reigning Entertainer of the
Year shows why he holds the title” (Newsday) as the Country Music Hall of Fame and Museum showcases a special exhibit Jason Aldean: Asphalt Cowboy,
commemorating his wide-open sound that has been one of the defining
influences on today’s Country Music. For more information and for a full
list of upcoming tour dates, www.jasonaldean.com.

Since
1987, the nonprofit Beverly Knight Olson Children’s Hospital, Navicent
Health has been committed to enhancing the lives of children through
excellence in patient care, research and education. The only dedicated
pediatric facility in central Georgia, and one of the most comprehensive
in the state, the hospital has provided care in general pediatrics,
pediatric critical care, neonatal intensive care and outpatient
services. The hospital also serves as the primary teaching site for the
Department of Pediatrics at the Mercer University School of Medicine.
Navicent Health is currently constructing a new Children’s Hospital
facility to expand services and capabilities to meet the specific needs
of the region’s children. Navicent Health plans to begin serving the
region’s patients in 2019.