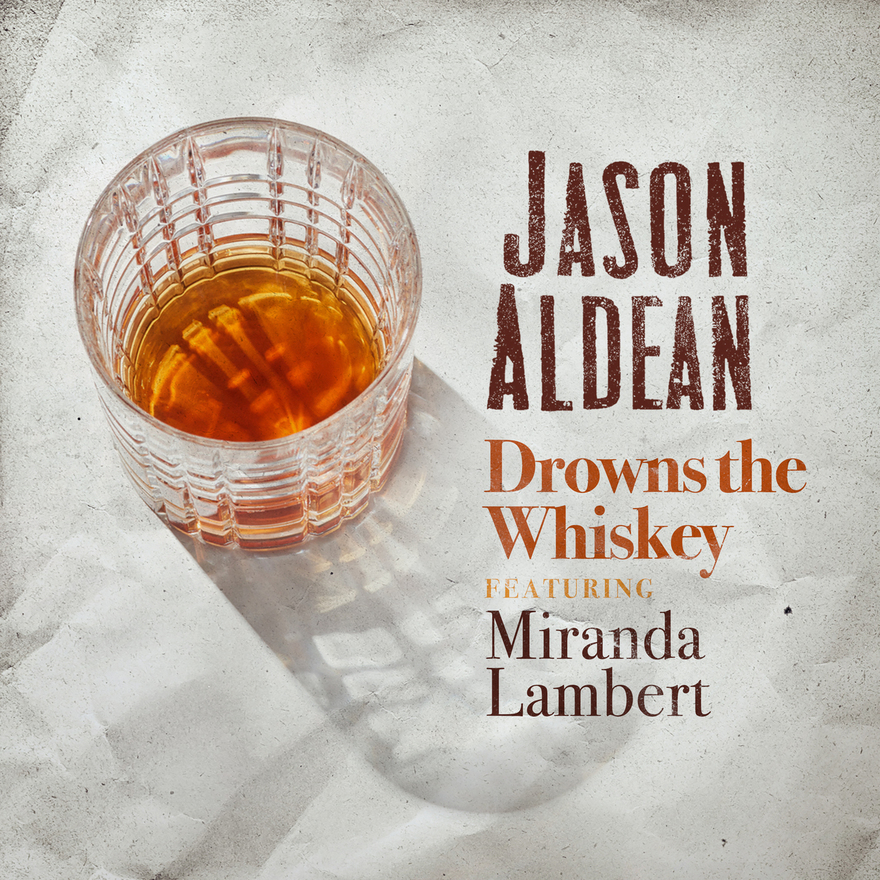 SUMMITING THE COUNTRY RADIO CHARTS WITH 20TH CAREER NO. ONE HIT

NASHVILLE, TN – May 07, 2018 – Three-time and reigning ACM
“Entertainer Of The Year” Jason Aldean holds down the top spot on both
Billboard Country Airplay and Mediabase/Country Aircheck singles charts
for a second consecutive week marking his 20th career No. One single,
“You Make It Easy,” which becomes the first Country song released in
2018 to be certified GOLD by the RIAA. After “shaking  things  up  on
the  radio” (USA TODAY) with his eighth studio album REARVIEW TOWN‘s
(Broken Bow Records) lead single, Aldean continues the momentum today
with the release of “Drowns the Whiskey” featuring Miranda Lambert.

“The way fans and radio have responded to this record has been really
cool for me,” said Aldean. “‘Whiskey’ has always been a favorite of
mine, but when Miranda came in and knocked out her parts in only a
couple takes, I knew it was special.”

Written by Brandon Kinney, Jeff Middleton and Josh Thompson, “Drowns the
Whiskey” is remarkably understated in its arrangement, but it’s
saturated in well-worn emotions. The lost love lament has already been
dubbed as a standout off REARVIEW TOWN as the “the contemporary
honky-tonk track” (NPR) shows how Aldean “employs straightforward classic Country melodicism,” (Rolling Stone).

Fans can take a peak into the recording process with Aldean and Lambert
for  “Drowns the Whiskey” through its official lyric video here: https://bit.ly/2IoP6SV

“Aldean has opted to not back down and continue working in the well-worn groove” (UPROXX)
that has helped define the genre’s 21st century with his
sure-footedness, which plays intomore than 15 million total album sales
and dozens of sold-out stadium shows. Continuing with that momentum he
becomes only the second Country act in history to score four consecutive
chart-toppers on the all-genre Billboard 200 albums chart with REARVIEW
TOWN, as all seven of his previous LPs have achieved PLATINUM
certification or better. Aldean’s wide-open approach has made him a
perennial live-show favorite for the format as he has headlined the
biggest stadiums in the United States. “This is unquestionably Jason
Aldean’s week” (CMT) with his two-week No. One
single and album, as he launches his HIGH NOON NEON TOUR with special
guests Lauren Alaina and Luke Combs in Kansas City, MO (5/10), Peoria,
IL (5/11) and Des Moines, IA (5/12). For more information and for a full
list of upcoming tour dates, www.jasonaldean.com.