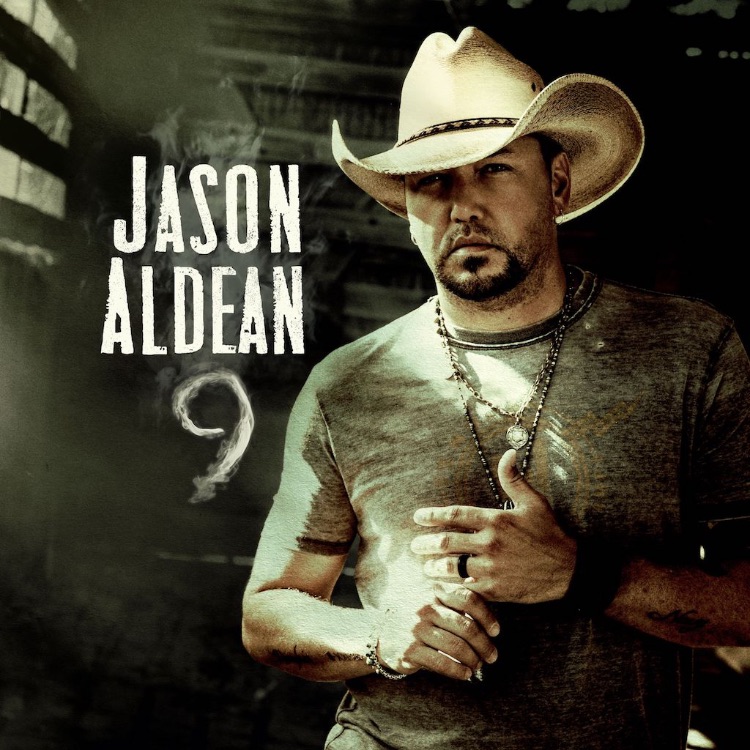 ACM
“Artist of the Decade” Jason Aldean has followed his own time-tested
formula for almost 15 years and continues to make his ground making
modern albums with an old-school soul as his new effort 9 (Macon Music/Broken Bow Records) is now available.
To celebrate the new release, fans will have the opportunity to tune-in
to multiple television performances and fan concert events over the
course of the next week.

To kick off the release of his ninth studio album, Aldean has teamed with SiriusXM
for a “Dial Up The Moment” pop-up show today at Nashville’s
Margaritaville on Lower Broadway. Additionally, fans across the country
can also now listen to the first of three installments of “Jason Aldean 9: The Podcast” narrated
by Golden Globe nominated actor Kevin Connolly. The series gives fans
an inside look at the three-time Entertainer of the Year’s impressive
career and is available at all podcast providers.

Next week, the multi-Platinum entertainer will perform on Good Morning America
on Monday (11/25 at 7:00A Local Time on ABC), before ushering in the
biggest bar night of the year Thanksgiving Eve, with the
first-of-its-kind concert event, “9 at 9”
(11/27 at 9:00P Local Time). Aldean has partnered with over 100 Bar
Louie neighborhood locations and independently owned bars across the
country to exclusively present the special 9-song performance filmed
from Jason Aldean’s Restaurant + Rooftop Bar in Nashville. To find the
closest venue to watch or to tune-in online, visit the interactive map
at JasonAldean.com/9at9. To close out street week on Thanksgiving night, Aldean will perform his Top 15 single “We Back” on The Tonight Show Starring Jimmy Fallon (11/28 at 10:35P CT on NBC).

As 9 has been touted as “quintessential Aldean” (Rolling Stone)
with its blistering stadium anthems and cross-pollinated convention
busters that his audience has come to know and love. Critics also hear
the traditional influence Aldean has carried throughout his career as
its made notable lists including  Entertainment Weekly’s “24 Biggest Albums to Hear This Season,” New York Times’ “Fall Music Preview” and Billboard‘s “Most Anticipated Albums of Fall.”

“Aldean pays homage to the arena-ready country-rock that built his
career (“We Back,” “Dirt We Were Raised On,” “Tattoos and Tequila”),
embraces pop-leaning production (“Got What I Got,” “Keeping It Small
Town”) and country storytelling (“I Don’t Drink Anymore”).” – USA Today

“The new album seems to cover where we last left off on REARVIEW TOWN.” – Entertainment Tonight

The three-time ACM “Entertainer of the Year” is a dominant
force on the charts, he’s scored 23 Number Ones. He’s the only Country
act in history to top the all-genre Billboard 200 four times (in a row,
no less), racking up 15 billion streams and more than 18 million albums
sold along the way. Notably, all eight of Aldean’s previous studio
albums have been certified Gold or Platinum by the RIAA. He is a
card-carrying member of Country’s elite headliners whose incendiary
tours are nearing legendary status. After closing out his 2019
headlining run, he returns to Las Vegas on December 6-8 for JASON
ALDEAN: RIDE ALL NIGHT VEGAS at Park Theater at Park MGM. In January,
Aldean will launch the 2020 WE BACK TOUR with special guests Morgan
Wallen, Riley Green and Dee Jay Silver. For more information visit www.JasonAldean.com.