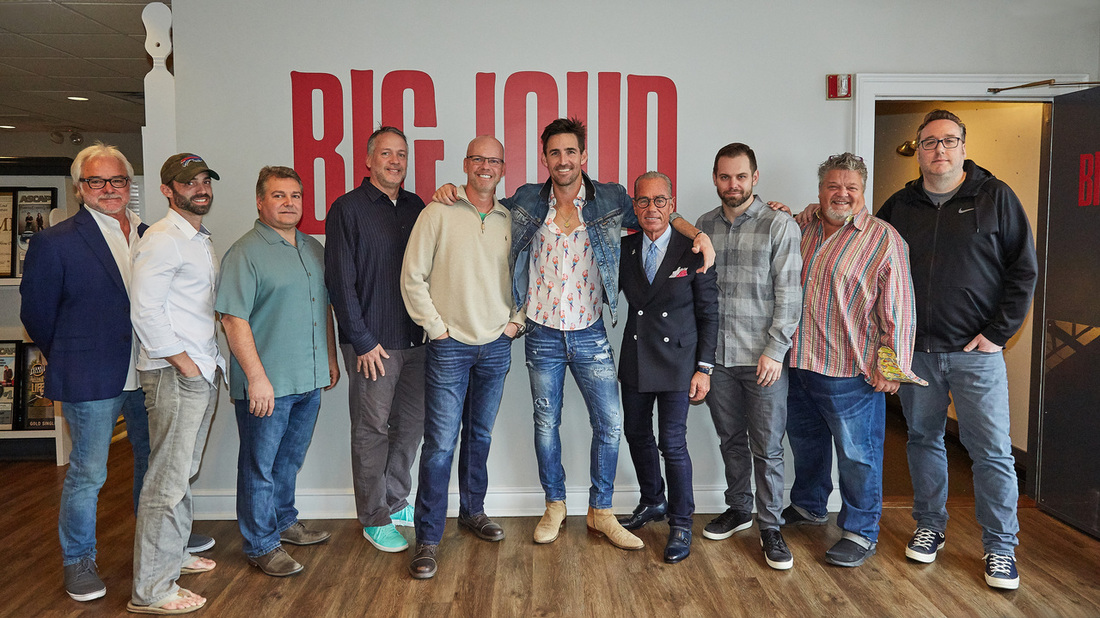 Nashville, Tenn. (November 6, 2017) – BIG LOUD RECORDS is proud to announce the signing of Country star JAKE OWEN,
who comes on board the innovative label today (11/6). With this move,
Owen is reunited with one of the founders of the Big Loud organization
Joey Moi, who produced Owen’s breakthrough album, BAREFOOT BLUE JEAN NIGHT, which garnered four consecutive #1 hits.‬‬‬‬

‪“I
couldn’t be more excited to start this new chapter in my career with
Big Loud,” Owen says. “The passion for success that everyone has in the
building is contagious. Combining what I already do with Big Loud’s
expertise is exciting, and I am eager to get to work with Joey Moi
again. We had great success in the past and I’m looking forward to what
the future holds for all of us.” ‬‬‬‬‬

‪In
becoming the newest member of the Big Loud family, Owen will have the
full support of a forward-thinking staff hungry to continue shaking up
Country’s conventional wisdom. ‬‬‬‬‬

‪“This
is an unbelievable moment for all of us as true fans of Jake Owen,”
label President Clay Hunnicutt says. “When we created Big Loud over two
years ago, this is exactly the type of ‘home’ we wanted to create for
someone like Jake, who is a unique and unparalleled entertainer and
person, and who has a clear vision of who he is as an artist.” ‬‬‬‬‬

‪As
a platinum-selling hitmaker, Owen is a welcomed addition to the Big
Loud Records roster whose team has already launched the careers of
newcomers Chris Lane, Morgan Wallen, and Jillian Jacqueline. ‬‬‬‬‬

‪Owen,
a native Floridian, recently joined Florida Governor Rick Scott to help
in relief efforts for Hurricane Irma victims in his home state with a
campaign he launched called “Bring Back the Sunshine.” Also, he will
unite with Jimmy Buffett, Kenny Chesney, and Toby Keith to perform at a
Hurricane Benefit Concert, taking place on November 19, at Donald L.
Tucker Civic Center on the campus of Owen’s alma mater, Florida State
University, in Tallahassee, FL. Proceeds will help communities in
Florida, Puerto Rico, and the islands affected by hurricanes in 2017.
‬‬‬‬‬

‪Jake
Owen has had six No. 1 singles to date – the 2X PLATINUM anthem
“Barefoot Blue Jean Night,” PLATINUM-certified hits “Beachin’,”
“Anywhere with You,” “Alone with You,” “The One That Got Away,” and,
GOLD-certified “American Country Love Song.” Owen’s fifth studio album, AMERICAN LOVE, debuted at No. 1 on Billboard’s Top Country Albums chart and No. 4 on the Billboard
200 all-genre chart. The album was produced by award-winning
songwriters/producers Shane McAnally and Ross Copperman, plus, Owen
co-produced three tracks, which marks his first time as a co-producer
with Lukas Bracewell. The Vero Beach, Florida, native is well known for
his high-energy performances and laid-back style. This year, Owen
received “The Arnie Award” during the AT&T Pebble Beach Pro-Am,
alongside Peyton Manning and Phil Mickelson, as part of Golf Digest‘s
“Golfers Who Give Back” event. The award recognized Owen for his many
charitable contributions through The Jake Owen Foundation, which was
created to offer its support on a national level to children battling
cancer and other childhood diseases through St. Jude Children’s Research
Hospital while also lending its support to youth organizations and
various charities in Owen’s hometown area of Indian River County,
Florida. The local organizations benefiting from the foundation’s annual
concert assist youth with illnesses, shelter, food, education, health
and fitness, the arts and the opportunity to better themselves through
various programs and organizations. “Music truly seems to be the one
thing that is the healing factor in a lot of people’s lives,” says Owen.
“I will always be grateful for music, whether I’m performing or
listening.”‬‬‬‬‬