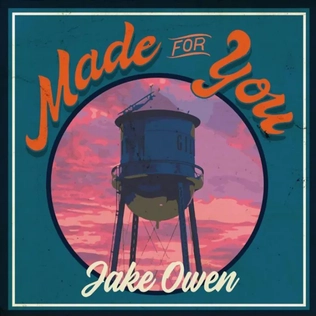 Jake Owen Made For You Country Music

Jake Owen Made For You Country Music

Jake Owen originally known as Joshua Ryan Owen is a country musician who holds his own space in the world of music. An injury can be a turning point in life, but then would you prefer that to be a reason you turn your head to face the best in your life, or would you be willing to do it yourself? The choice is yours?

Born in Florida with a fraternal twin as his ally, they both initially became interested in golf. As a professional golfer, he had done very well for himself by winning his first tournament at the age of 15. From Vero Beach high school, the duo went on to take admissions to the Florida State University. But then it happened- a wakeboarding accident. What followed the accident was reconstructive surgery and participating in sports events was no longer possible for this guy.

Pain changes people often for good and so did it transform Jake Owen, who decided to spend his time by learning a borrowed guitar from his neighbor. Well, after listening to his songs and his creations, we can well say, he learned well.

One event led to another, and one day he approached a bar owner who happened to have allowed another guitarist to play at his bar. Well, the bar owner consented and Jake Owen became a regular player at the bar. Soon, again he began by writing his songs and creating his written materials.

His initial jump into the world of music

Well, what could he do, but move to Nashville with the musician in him opening the wings for the first time?

Now, a person who begins from nowhere starts by trusting people he meets on the road and so did this guy. When he stopped at a bank to open a savings account for himself, he did not just open an account and walk out of the bank but instead, he told the teller his plan. Now the teller turned out to be a miracle who asked him if Jake had any CD of his work with him, and yes, why not, Jake had it with him.

He obliged the teller by giving her a CD of his past work which was passed on by the teller to just not anyone but to the Warner/Chappell Music publishing company. But then the story takes a turn, wherein he does not land up a contract with the Warner/Chappell Music company but rather, gets to meet songwriter Chuck Jones and together they compose a song called ‘Ghosts,’ scheduled to be sung by Kenny Chesney. But Chesney denies it but it draws the attention of a Sony BMG Nashville executive who finally signs Jake for their RCA Nashville label in the year 2005.

Since 2006 he is been on this turning wheel and the machine keeps churning one after the other hit albums.

Jake released a song called Believe and it was popularized by Cher. It is now one of the anthems of the LGBTQ community in present times.

There was a lot of support given to him through social media and also ordinarily by his fans who were overwhelmed by the lyrics and the song.

Over the years, he has sung for his fans and has won the Top New Vocalist Award in 2009 and The American Country Awards in 2012 for being the Breakthrough Artist of the Year.

But in all these years, Jake has found a meaning for his songs and a song for his heart which rhymes well with who he is today. His songs, his music, and his life have come a long way from where he was as a golfer in his initial years and all his experimentations seem to be winning fruits for him, as he gruels for his life’s wheel.