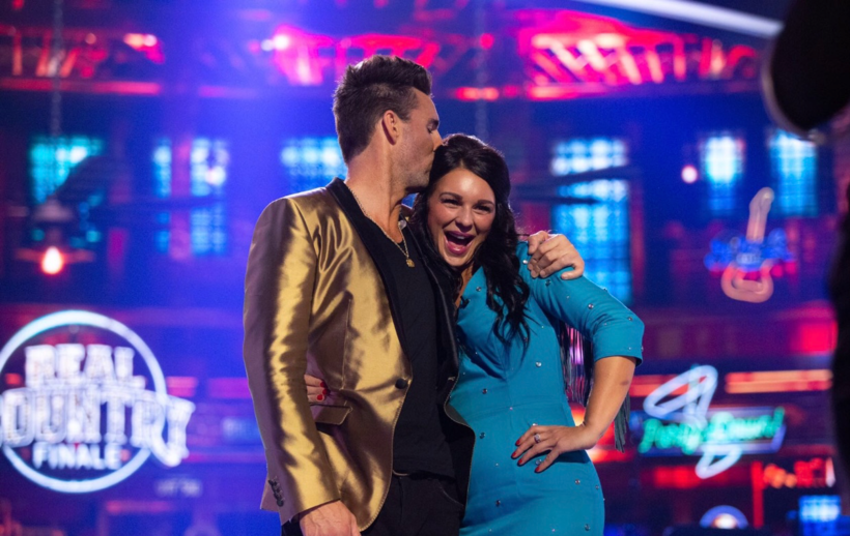 Singer/songwriter, Jaida Dreyer, has just added another accolade to her already long list of accomplishments, winner of the inaugural season of USA’s “Real Country.”
The Nashville songstress was awarded the grand prize of $100,000 and
will perform a set at Stagecoach Country Music Festival. On Dec. 11,
representing Team Jake Owen, Dreyer took the spotlight for her final performance “Jack It To Jesus (Spray It To Hell),” a
song which she wrote and was inspired by Country Legend, Loretta Lynn.
The single is now available through all digital retailers.

Dreyer spoke about the song, saying “My
friend owns a beauty salon just south of Nashville in Brentwood,
Tennessee and has had the pleasure of doing Loretta Lynn’s hair and
makeup over the years. She told me many moons ago, when I first moved to
town, that every time she sits down with Miss Loretta, she looks at her
in the mirror and says, ‘Jack it to Jesus and spray it to hell!.’
Talking about her hair. I told her over and over again that someday I
was going to write her that song until the day I finally sat down and
wrote it with award-winning producer and songwriter, Jesse Frasure. I
love country music. I love and respect the history of country music.
This is my ode to all the big-haired women that came before me and it’s
available everywhere NOW!” Dreyer was the only finalist to perform an original song in the finale.

On each episode, “Real Country” featured
three country music artists, duos or groups who competed against each
other in two rounds. Each one was picked to be on the show by one of the
show’s panelists, country music artists Shania Twain, Jake Owen, and Travis Tritt.  Following each showcase, the studio audience and a guest celebrity panelist would determine the winner.

Dreyer’s
undeniable talent, unique sound, and personal life experiences have all
shaped her into a one-of-a-kind entertainer. She is currently working
on new music and will begin the New Year touring.

Dreyer
enjoyed her initial success in 2012 with her hit singles, “Guys Girl”
and “Half Broke Horses,” released by Streamsound Records. Since then,
she has become just as well known for her songwriting skills boasting
cuts by Tim McGraw, Faith Hill, Sara Evans, Granger Smith, Reba
McEntire, Eric Church and more. Her eclectic writing style has had her
penning songs with the likes of Guy Clark to top writers on the LA pop
scene. She is credited for nine cuts in the hit television series
“Nashville,” and songs featured in A&E’s “The Returned” and
Netflix’s “Longmire.” In 2016, she celebrated a multi-week #1 with Luke
Bryan’s “Home Alone Tonight” featuring Little Big Town’s Karen
Fairchild.

Dreyer
has achieved success as a singer, songwriter, and performer whose
traveled coast-to-coast performing for fans, and opening for artists
ranging from Eric Church, Luke Bryan, Dierks Bentley, to the legendary
Merle Haggard.  She is a CCMA Female Artist of the Year nominee and is
also a frequent guest on the world famous Grand Ole Opry.