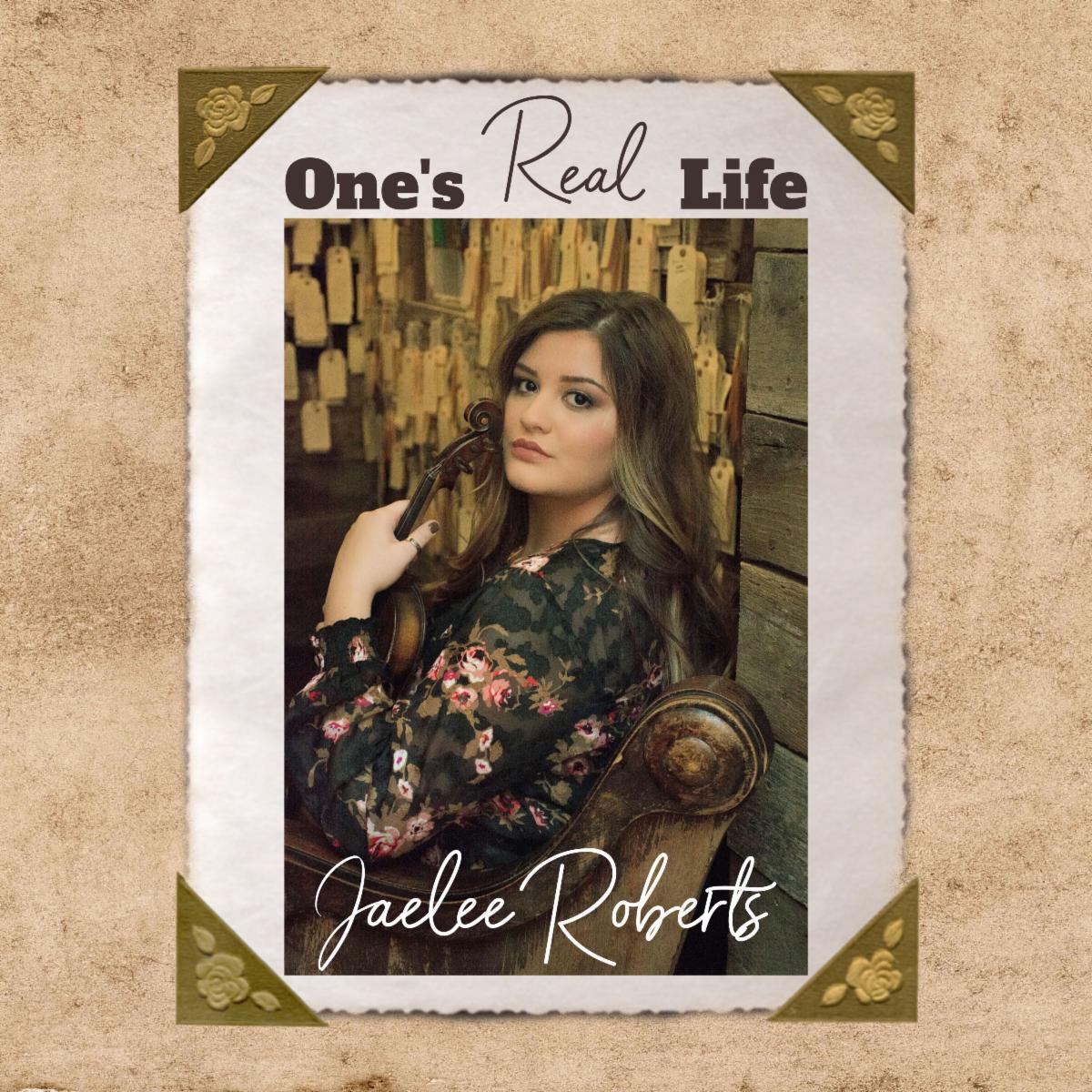 Bluegrass wunderkindJaelee Roberts’ newest single, “One’s Real Life,” originated in a dream. Roberts recalls, “In this dream, Harley
Allen and I were writing a song. When I woke up, I could vividly
remember the melody and the hook … ‘one’s real life’ … and a few
other lines. It was enough to get me thinking about the differences
between what we see in people’s photos and the reality of their lives,
so I had a pretty good start on it from the beginning.”

“One’s a photo and one is real life

Oh, it hurts to know which one is right

Memories are the only things that are holding me at night

When you left me you really did you stole my light” – J. Roberts

Brought
to life with impeccable musicianship and Jaelee’s distinctive Bluegrass
styling, “One’s Real Life” was produced by Deanie Richardson and
Brandon Bostic for Euphony Records. The track premiered on Bluegrass Today last week and Jaelee guested on Craig Havighurst’s The String podcast over the weekend. That interview will also air tonight at 9 p.m. on WMOT Radio. Currently streaming on all platforms, the single is available for purchase HERE and

accessible to radio via Airplay Direct.

The release of “One’s Real Life” just a few days before the kick off of IBMA World of Bluegrass week is serendipitous; as an “Official Showcase Artist,” Jaelee will be busy throughout the popular gathering. On Tuesday, (9/24), she’ll be at the Raleigh Convention Center (Room 304) at 9:20 p.m., and on Wednesday, (9/25) Jaelee will appear at the Vintage Church at 8 p.m. Friends and fans can find her in Booth #521 in the Exhibit Hall of the RCC (Wednesday-Saturday), and the 18-year-old college student will participate in numerous youth events as President of the IBMA Youth Council. For a more complete schedule, go towww.jaeleerobertsmusic.com.

The
young entertainer can expect to garner plenty of attention during the
big week, as fellow artists are already praising her talents. Bluegrass icon Doyle Lawson notes, “her soulful singing is delightful to listen to,” while legendary vocalist Rhonda Vincent proclaims Jaelee is an “amazing talent, formed from a musical family foundation (and) nurtured into a beautiful rising star.” Shawn Camp observes she has “a voice as pure as a mountain spring.”

This
Music City native is no stranger to the music industry. Born to music
professionals Danny (The Grascals) Roberts and entertainer/agent Andrea
Roberts, Jaelee has grown up backstage at the Grand Ole Opry, in
business meetings, in recording studios, and at festivals and concerts.
Roberts got her start singing in church at a very early age – and she
doesn’t remember a time when she wasn’t completely in love with music.
Jaelee began her journey as an instrumentalist at age four with fiddle
lessons and has since added guitar, mandolin and piano to her musical
arsenal. From six to 12 Jaelee participated in and won numerous music
and dancecompetitions but found
that her passion was for performance. She has been blessed with many
opportunities to take the stage with a long list of her musical heroes,
including Carl Jackson, Larry Cordle, Rhonda Vincent, The Grascals
and more. While ranking her on-stage experiences would be next to
impossible, a definite highlight will always be joining The Whites –
Buck, Sharon and Cheryl – on the Opry for a finale version of “Keep On
The Sunny Side.” Jaelee is a freshman at Middle Tennessee State
University (Murfreesboro) where she is studying Commercial Songwriting
and Music Business at the school’s College of Media and Entertainment.
“One’s Real Life” follows her debut single, “All My Tears,” a charting
release from earlier this year.