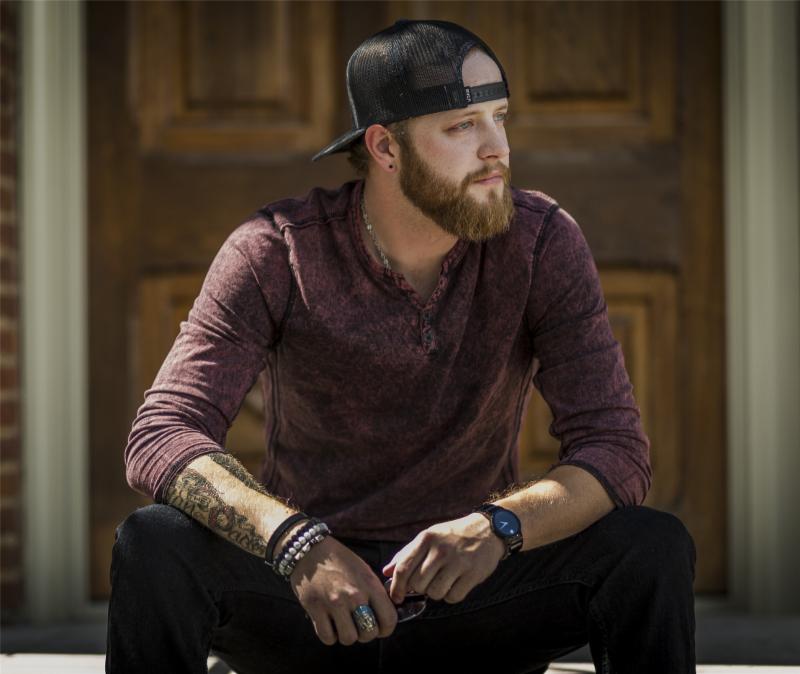 Nashville, TN (February 19, 2018) – Jacob Bryant’s powerfulcompanion videoto his current single,“Pour Whiskey On My Grave,” has garnered over THREE MILLION views, and generated more than 90,000 shares
from his Facebook page. Released to his fans on February 2 exclusively
on the social media platform, the clip can now also be viewed onYouTube, where clicks continue to rise.

A
fatalistic, spit-in-your-face look at death, the opening overhead shots
of bikers riding a lonesome two-lane highway spins the story up.  From
bar to barnyard, Bryant’s lanky presence is front and center;
captivating and cajoling.  Shot entirely in black and white, the piece
is arresting – filled with a crash and burn energy.  As Jacob says, “We
live and we die; death is very black and white.  And I wanted that
reflected in the visuals.”  Filmed near Jacob’s hometown of Jasper,
Georgia, characters include a bad-a** preacher, loose women and drinking
buddies, all portrayed by Bryant’s real-life friends and family members
in all their outlaw glory.  Chris St. Croix (commercials for Vizio, Wall Street Journal, Yazoo Beer; short films Dirty Little Secrets, Last Words,and full-length feature In the Dark) directed.

And don’t sit and cry for me at my tombstone

Come and visit me in the midnight hours

With your party on

Think of me and recall all the good times

Bring your memories and a bottle of ole’ Jim Beam

Take a swig as a hunted honky tonk moon shines

The
track’s Southern Rock feel is solidified by a hard-charging lead
guitar, thundering drums and Bryant’s earthy, emotive voice.  Produced
by Jesse Triplett, lead guitar player for multi-platinum Alt. Rockers Collective Soul, “Pour Whiskey On My Grave”
is the second single release from Jacob’s upcoming summer album.  The
single is available to radio via Play MPE and fans can purchase at  iTunes , Amazon, Google Play  and Spotify.
For Bryant, cutting the song was a given.  “I first heard it played by
Jami Grooms, one of the writers,” Jacob recalls. “It was crazy.  It put
me so back in to a place in my mind – and it was so real.”  Bryant’s
mother passed away unexpectedly in 2010, and he visits her grave several
times a year, always with a few beers in hand.  “This song makes me
feel real close to her,” he adds.

To
celebrate the early success of the single/video, Jacob will perform his
first full-band show in Nashville at the famed EXIT/IN on February 28.
Additional shows include dates in Georgia, Florida, South Carolina and
Alabama.  Check Bryant’swebsitefor more details.

Born
in Jasper, Georgia and raised on Bluegrass, Jacob’s first performance
came at the age of 16.  Fast forward to 2016 and his EP, UP IN SMOKE and
its debuted at #7 on the iTunes Country Chart.  The video for A Woman’s Touch debuted at # 1 on CMT Music 12 Pack Countdown – and stayed in the Top 5 for 17 weeks. He’s shared the stage withCraig
Morgan, Eli Young Band, Easton Corbin, Gene Watson, David Allan Coe,
Drivin’ & Cryin’, Kentucky Headhunters, Daryle Singletary, Luke
Combs, Jason Michael Carroll, Brent Cobb, Love & Theft, Trent
Tomlinson, Cody Johnson, Aaron Watson and others.  Jacob’s musical influences includeKeith
Whitley, Travis Tritt, 3 Doors Down and Lynyrd Skynyrd, and their
inspiration is evident throughout his songs.  He co-wrote “Out There” with Luke Combs and the track is included on Combs’ gold album,
THIS ONE’S FOR YOU.  Jacob’s also written with Jon Lawhon of the Rock
band, Black Stone Cherry, and many others.  In addition to guitar, he
plays drums, bass and piano.  Jacob has released five EPs; his upcoming
release will be his first full-length album.