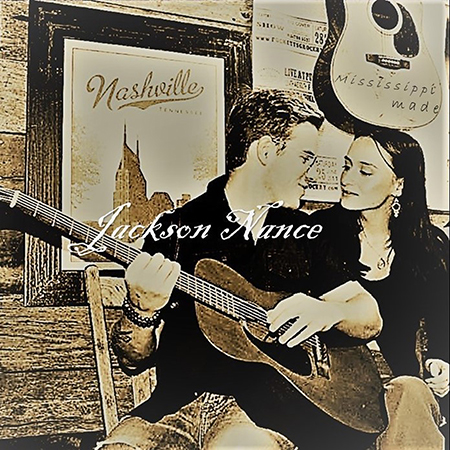 Jackson Nance is a 22-year-old singer-songwriter-musician-producer based in Franklin, Tennessee. (Originally from Laurel, Mississippi) At 15 years old Jackson became the youngest male Artist ever to sign a publishing deal with Warner/Chappell Music Nashville.

Jackson Nance: As a proud Mississippian, I felt the blues was something for me to study and learn. I feel like people will recognize those elements in my guitar playing and resonate with it because it’s familiar. At the same time, I think a song falls short, unless it speaks to you lyrically. Living in Nashville for the past 15 years has taught me the importance of telling a story through my music. I’m excited to continue sharing my story with the world.

Jackson Nance: Yes, I write my own songs. There’s not much more that I love than going into the studio with my friends. It’s a pretty cool feeling having people tell you how much they connect with a song when you’ve written it.

Jackson Nance: It would have to be my first single “I LOVE YOU MOM.” Not because it’s the coolest thing I’ve ever done musically, but because the subject means so much. I had forgotten to get my mom a birthday gift because I had been out of town playing shows. My dad made me feel terrible for forgetting my mom’s birthday (rightfully so). Luckily, God must’ve been looking out for me that day. I went to my room, and wrote the song in 30 minutes. We were both so emotional, it took me three tries before being able to sing the full song to her. Needless to say, it ended up being her favorite gift ever!

Jackson Nance: My mom tells me that my great grandfather was a very talented musician. He was the only one that could tune all the instruments at school, so he would get there early to do so. In fact, I have several of his guitars. I also think my mom is a big part of why I’m so musical. We used to spend hours together, going over the best way for me to sing a song. She also introduced me to the Eagles, and my love for tight harmonies. We used to sing along to the Eagles for hours on road trips.

Jackson Nance: Guys like HARDY and Ernest are doing a great job keeping country music alive.  I can tell they really care about putting the song first and that’s something I always strive to do. I think we’re in good hands,and I’m proud to be a part of the country music scene.

Jackson Nance: I’m very hopeful of where it’s headed. I think music is more accessible than ever and there’s a lot of opportunity. With that being said, it’s also pretty saturated. Because of that you really have to work hard to make sure what you’re doing is special.

Jackson Nance: As great as the streaming platforms are, I have to take a page out of Taylor’s book. I definitely think songwriters should be paid more per stream. What makes the old days, “the good old days,” is physical record sales. Obviously I’m very excited for more people to hear my music, but there has to be some kind of happy medium.

Jackson Nance: I love it all! I’ve always loved being around people and entertaining them. I also love the process of making music. The reason I like interviews is I’ve always been curious as to what my favorite artists have to say.

Jackson Nance: My goal for my music is to share it with the world. I think a lot of people associate country music only with the southeast region of the United States. It’s really about family, God, love, heartbreak and everything in between. I think those are things we can all relate to, regardless of where we grow up. I want more people to give it a chance so they can see it too.

Jackson Nance:: I played an open mic when I was 12 at Puckett’s in Leipers Fork, Tennessee. My first time going there I met Aubrey Preston, who was very connected in the industry. He also really saw something special in me. Over the course of the next few years, he made me a true student of music. He also gave me a deep appreciation for its history. When I was 13, he introduced me to Scott Hendricks , the Vice President of Warner Records Nashville. Scott saw something in me as well. He, along with Ben Vaughn, signed me to a development deal with Warner. I’m blessed and grateful to have relationships with them. Not only because of their titles, but because of who they are as people.

Jackson Nance: When I was in the fifth grade I told my parents I wanted to homeschool to focus on my career. They were very supportive then and have always been. I think talent definitely matters, as well as hard work. If you don’t have a good support system, it’s much harder to achieve your goals. I thank God every night for the family I have!

Jackson Nance: I saw Paul McCartney at Bonnaroo when I was 13. I remember the feeling I had seeing him on stage. It wasn’t just me that felt it. It was everybody. He lit a fire of inspiration within me. I want kids to feel just like I did when they leave my show.