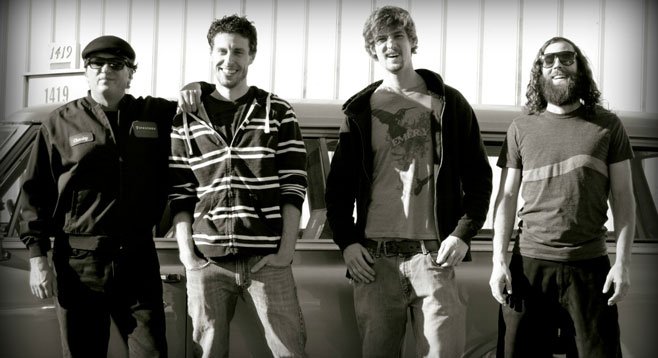 Answer:  Hi! Thanks for having me. I’m Jackslacks, an
American roots-rocker from San Diego, CA USA. In a nut shell, Jackslacks music
is a no-hold-barred romp, integrating sounds from the original rock and roll
era 1954-1959 through today. There are elements of rockabilly, blues, and country
neatly tied together with a sort of pop sensibility.

Answer:  Really good, thank you. I recently returned
from a lengthy South Florida engagement. I am looking forward to the summer
festival season here in San Diego to support my new album Jackslacks –
Earthling Sessions.

Answer:  Jackslacks – Earthling Sessions is being released April 30th (2018). We have been
getting our fair share of pre-release airplay here in the US, in Australia, and
Europe; mostly England, France and Spain. The feedback has been good; the early
promotional reviews have been kind as well.

Answer:  Yes. We have been recording our Jackslacks
music at Earthling Studios in San Diego, CA for the past few years and felt it
was appropriate to include the name in the title.

Answer:  Yes. I wrote or co-wrote all the songs on
the new CD.

Answer: Jackslacks – The 92107 starts the new album
off with a bang! It’s kind of a neo rockabilly track in the vain of Stray Cats,
Shakin‘ Stevens, Matchbox or The Blasters. From there, we turned to the Blues
(or Blues-a-billy if you will) for the track Your Time Has Come. Next is Lucky
Man, a bouncy Country number and then the poppier Generations Hypnotized. There
are 11 tracks total on the new record.

My influences mostly come out of that same golden era of
rock n roll that I mention above. I’m a huge fan of Sam Phillips Sun Records
and the artists who recorded there: Elvis, Jerry Lee Lewis, Johnny Cash and my
musical hero, Mr. Carl Perkins. I also enjoy Eddie Cochran, Gene Vincent, The
Rock n Roll Trio, Chuck Berry and a few of the British Invasion groups like
(early) Beatles, Stones and Kinks.

Answer: Well, I have been alternating between solo
records and band projects for most of my musical journey, so it’s not that cut
and dry. For example, I did a record with a group called Dead Engines in 2010
and that was sort of a cowpunk thing. I have also been doing a live (side)
project in recent years. It’s cool for me because I get to engage with so many
different muso’s, playing different styles (generes) in diverse settings. That
being said, Jackslacks continues to move me…

Answer: That’s great! I believe both Jackslacks –
Your Time Has Come and Jackslacks – Invisible are currently in rotation. I
suppose that my vocal style is unique… people comment that they can hear some
of their favorite bands when they listen to our songs, which is a great
compliment for sure.

Answer:  Probably going to release Jackslacks – Never
Go Back as a single from Earthling Sessions next. As for new material, I’m stil
still bouncing idea’s around at this point.

I write through a combination of pure human emotion,
honest self examination and scrupulous social observation. I can usually format
that into whatever genre I like, although the more serious topic’s usually find
there way to more moderate tempo’s whereas the lighter subjects are generally
more likely to be rockers. I just try to take each song individually and see
where it leads me.

Lamitschka:  You did a duet with Eric Hutchinson. How
did that happen to come about?

Answer:  Yeah, I wouldn’t call it a duet though.
Singer/guitarist Eric Hutchinson has been part of our group since 2012. He
provides most of the harmonies (along with bassist Dave Votel) and sometimes we
sing a duel vocal together (i.e. Invisilbe). The cat has incredible range.

Answer:  That’s a hard question. I really like the
Jackslacks track Other Side because it’s in memory of my pops who passed a few
years ago. It includes my daughter Taylor Giorgio on violin, my brother Bill
Giorgio on guitar and my nephew Billy Giorgio on backing vocals.

I used to visit my dad in New York every summer… and
then he got the Alzheimer‘s. So horribly sad to live your entire life and have
absolutely no memory of it. Towards the end of his life, as I was wrapping up
my annual visits, I would say to him, See you here next year or on the other
side.

Answer: A lot. I mean, I would never tell anyone I
was collaborating with what they could or couldn’t express. Nor would I presume
to instruct any of the musicians on what to play or how to play it. I’m open
minded to what the other players are bringing to the table. To me, that is part
of the creative process. Plus, I always surround myself with the best muso’s I
can find.

That said, I am heavily involved in the mixing process
which allows me some control over what’s in and what’s out, what I feel works
and what doesn’t.

Answer: More than a few fans have told me they can
relate to some of my lyrics, especially the Jackslacks track Lucky Man. For
whatever reason, it comes across as an everyman type of song.

Answer:  Like I said, Carl Perkins is my own musical
hero. I had the honor of opening for him a few years before he passed and he
really left a lasting impression on me. Before the show, a mutual friend of
ours (ex-Sun Records lablemate Johnny Powers) took my brother and I back to his
bus. He introduced himself and spoke of his personal faith before launching
into some funny rock n roll stories. This man, the King of Rockabilly, was the
real deal.

Answer: I like some of the newer alt-country
crossovers. Oasis was cool. So were Wilco and The Black Keys. Hank III…

Answer: Still shady… and the internet is a curse
and a blessing. A blessing because you can have your song around the world in a
couple of clicks and a curse because you ain’t getting paid a dime.

Answer:  Musically, I like to write and record. I
also enjoy singing and banging the crap out of my 1966 Black Diamond Ludwigs.
Personally, I love church, the beach, the mountains, to bodysurf, hike, jog,
play hoops, fish and drink beer.

Answer: Trust me, I’d like to work with Rick Ruben or
Danger Mouse, cats that know how to go outside the box and get incredible results
doing it.

Answer: Getting to open for 3 of my all-time favorite
artists: Carl Perkins, Jerry Lee Lewis and Chuck Berry.

Lamitschka:  Many music fans today get their
information about artists online. Do you have your own website?

Lamitschka:  How do you feel about being winning the
second grade talent show?  What has it done for your career?

Answer:  After playing The Central on Sunset Strip in
LA one night, we jumped in the van and headed back down the 5 towards San
Diego. Needing a rest stop badly, my mate Billy Bacon and I jumped from the
back of the rolling vehicle and into the freeway medium ice plant shrubs to
relieve ourselves!