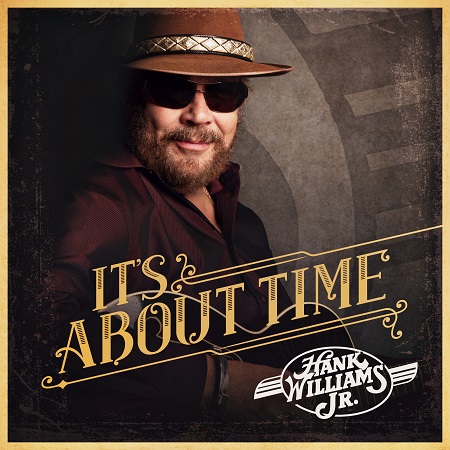 NASHVILLE, Tenn. (October 27, 2015) – Country music icon Hank Williams Jr. announced today that his new album, IT’S ABOUT TIME,
will be released January 15, 2016 on Nash Icon Records. On November 4,
the Superstar will world premiere his lead single, “Are You Ready for
the Country” featuring Eric Church, across Cumulus stations nationwide.
That evening, the pair will open the 49th Annual CMA Awards with the new
collaboration during “Country Music’s Biggest Night™,” airing live on
ABC at 8/7c.

Beginning November 1 through December 1, fans are encouraged to visit
HANKandERIC.com for a chance to win a guitar signed by Hank which he
will play during the CMA Awards performance. The winner of the
#HANKandERIC sweepstakes will be announced on December 4 via social
media.

“Are You Ready for the Country,” written by iconic singer/songwriter
Neil Young and previously recorded by Hank’s mentor Waylon Jennings,
will be available across digital retailers on November 4. Fans can also
digitally pre-order the album on this date and will receive four instant
grat tracks during December and January prior to the album’s release.

“I could not be happier to be working with Scott Borchetta and the
team at BMLG,” said Hank. “The support they have shown this album has
been tremendous and I am so excited for the fans to hear the new stuff.”

IT’S ABOUT TIME is Hank’s 37th album in his
five-decade career. He continues to add accolades to an extremely
impressive resume, which has spawned 70 million albums sold worldwide,
20 gold albums, six platinum albums and 13 chart-topping albums. Hank
has been named ACM Entertainer of the Year, CMA Entertainer of the Year and BMI Icon in addition to winning a GRAMMY and being inducted into the Nashville Songwriters Hall of Fame.