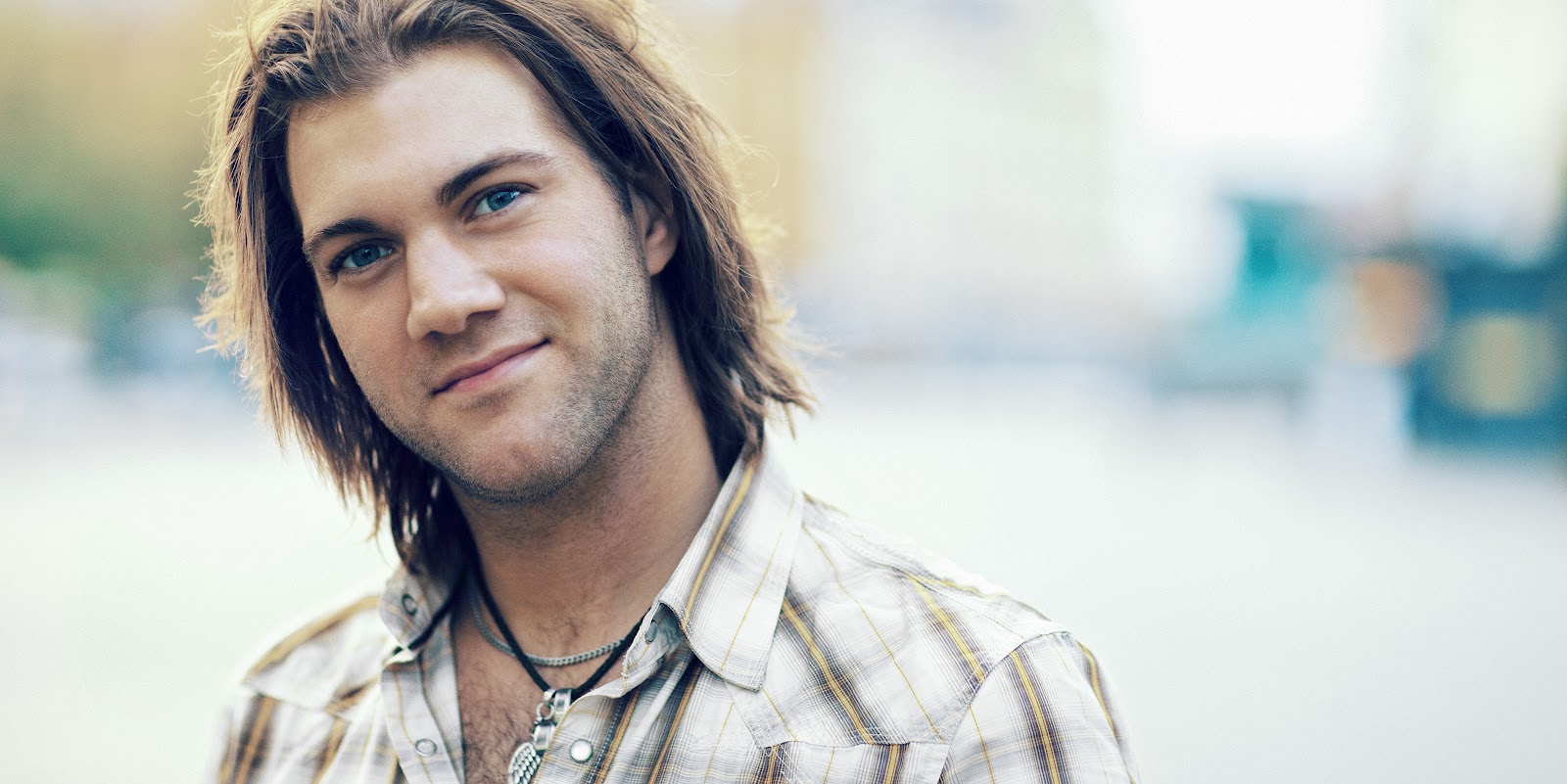 Andersson:  It’s so much up to the listener, but I would
call my music popular country music. I’ve always listen to many
different music styles, and I guess you can hear that in my own
writing. The key is to use country style instruments. Mainly because
I love the way they sound, but also to keep within the genre. I make
my music the way I think it should sound. If people like it, I’m
very honored and grateful, but I don’t worry about what label one
wants to put on my music. It’s all about enjoying it! 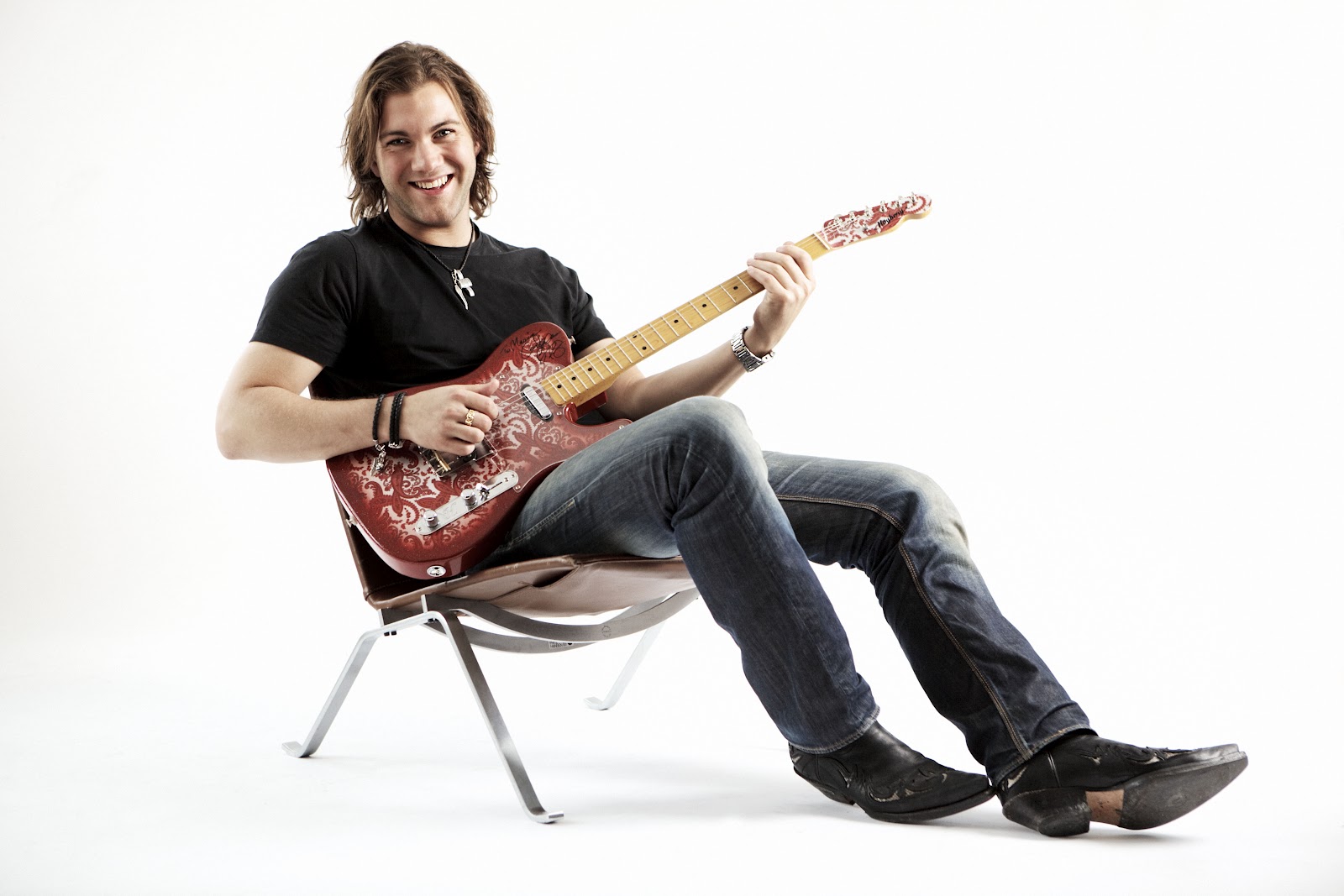 Andersson:  Last year, and a few before that, has been a real
struggle. Trying to complete the album A Brand New Day, with limited
resources, and a full-time day job too, is more than a mouth full for
sure. I decided that a change was needed when I had to spend a night
at the hospital, for being stressed out. I later quit my day job,
’cause there’s no way I’m giving up my
music career. The highlight last year was without a doubt my
nomination in the Hollywood Music in Media Awards, and everything
that has given me so far. It was so much fun making that trip!

Andersson:  It’s called A Brand New Day, and I guess I have
to say it’s doing alright, ha ha! It’s not been officially
released yet and I’ve already been in Hollywood, received
management, valuable contacts and a lot of new fans!

Andersson:  The title of the album comes from the song with
the same name. I thought it was a suitable name an album, and it is
representative for what the album means to me.

Andersson:  Yes, I’ve written everything myself. Lyrics and
music. Not that I wouldn’t co-write with anyone, it was just that I
had a bunch of great songs ready. At least I think they’re great!
Ha ha!

Andersson:  Oh, they have been written over such a long time.
One of the oldest ones ist he song Crazy, which was the nominated
song in Hollywood. I wrote that maybe eight years ago or so. A bunch
of the songs, at least the lyrics, came to when I had a hard time
back in 2009. I was devastated with a broken heart for months,
loosing the love of someone that meant really much to me. That’s
just life, but it sure hurts, when you experience it. Another song
worth mentioning is Trouble On Your Mind, which was written for a
project supporting the homeless people of where I live.

Lamitschka:  Your current single is being played by radio.
What do you feel is special about this song that makes people want to
hear it?

Andersson:  It’s a simple song. By the second chorus you
can sing-a-long, even the first time you hear it. Not every song
should be like that I think, then it gets boring and too obvious. But
for a single it’s a great ingredient.

Andersson:  Another song from the album. You’ll have to
wait and see! Ha ha!

Andersson:  Wow, that’s a tough one… I like to record
different songs, for different reasons. Doing that keeps you on the
edge, keeps it interesting. Very important in the recording process.
You have to love what you’re doing when you record! Otherwise
people can tell that it’s not genuine. And you can tell yourself
too… The hardest ones are the songs that demands the most feeling
and sincerity.

Andersson:  I’m very lucky with this album to have been
able to control it all from the start to finish. Of course I’ve had
other people around me with ideas, and I always listen to what they
have to say. But I’ve been the one with the final decision.

Lamitschka:  There’s a lot of work that goes into a number
one hit. What did it take to make it in your case?

Andersson:  The song wrote itself. I didn’t make it up. But
to make a number one hit, you’re going to need a lot of people
helping you, that has nothing to do with the music itself. A good
song doesn’t make it just because it’s a good song. Unfortunately
a not so great song can make it all the way, being pushed by the
right people. But that’s just the way it goes.

Andersson:  I dont’t walk around seeing myself as something
special, I really don’t. People tell me I have a great voice, and
I’m blessed with the gift of music. But it takes hard work, more
than you’d think, to make it. First on your instruments, but then
later on so many things that has nothing to do with music. The
industry is SO competitive today it’s unbelievable, and you really
have to hang in there, and have patience to make it. Musically,
there’s thousands and thousands of hours of practise to become what
I am today. You know what they say, practise makes perfect. So
there’s a long way to go yet! Ha ha!

Lamitschka:  Tell us about the fan club and how people can
join it.

Andersson:  The fans find everything they need on my website,
www.simonandersson.net. From there they can check out my artist page
on facebook, the YouTube channel, sign up for new letters and so on.
They can also order my CD and get it sent home to their mailbox, or
download it on iTunes. More and more people buy their music, in
different ways, and by doing so they support the making of new music.
It keeps the wheel go round. I have the biggest gratitude towards my
fans!

Andersson:  Help spread my music to your friends and families
and ask for it on your local or national radio station. It helps so
much, just people talking. I sure hope to come and play at a venue
near you soon, and I have to say, I appreciate all your support so
much! Much more than I can explain…