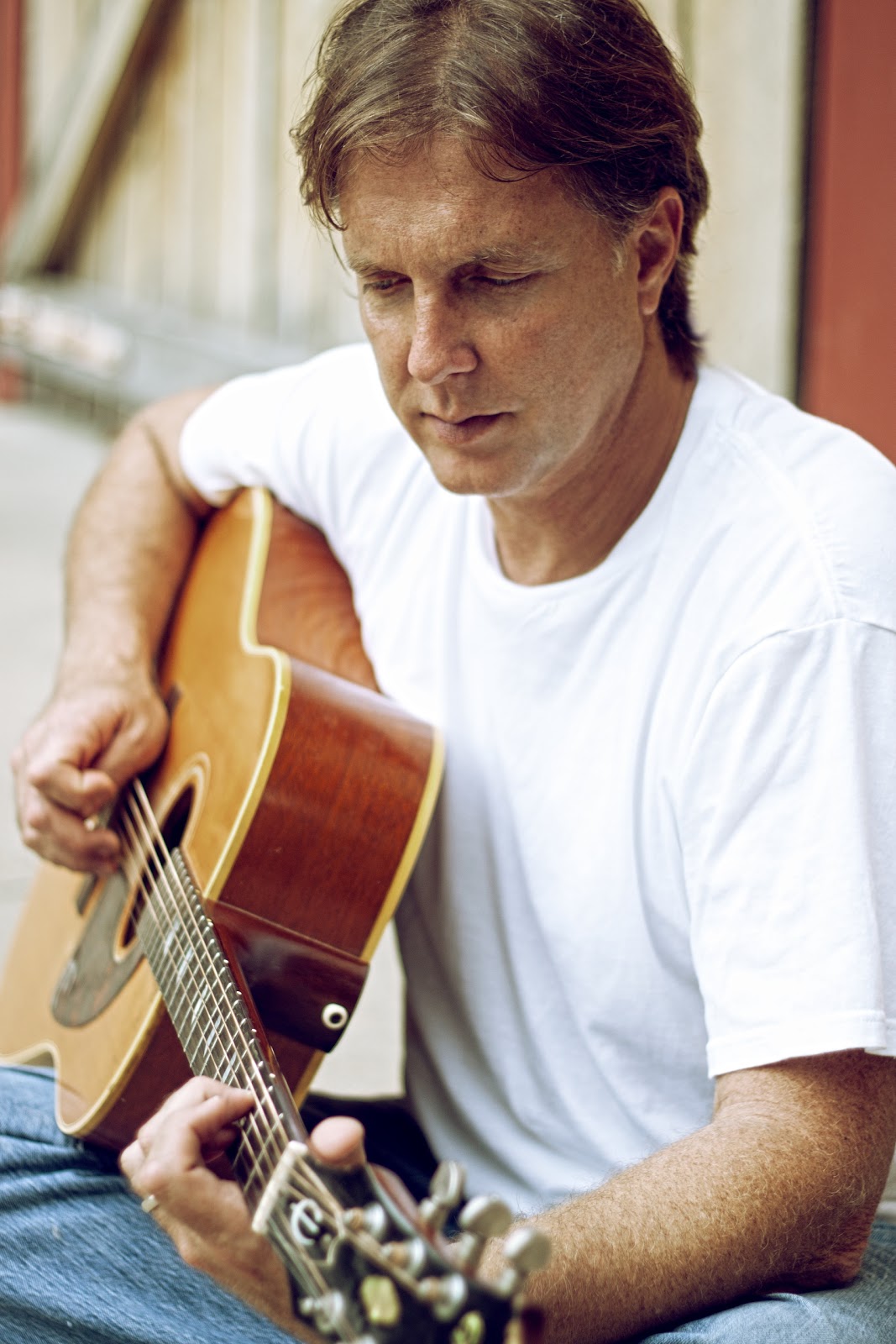 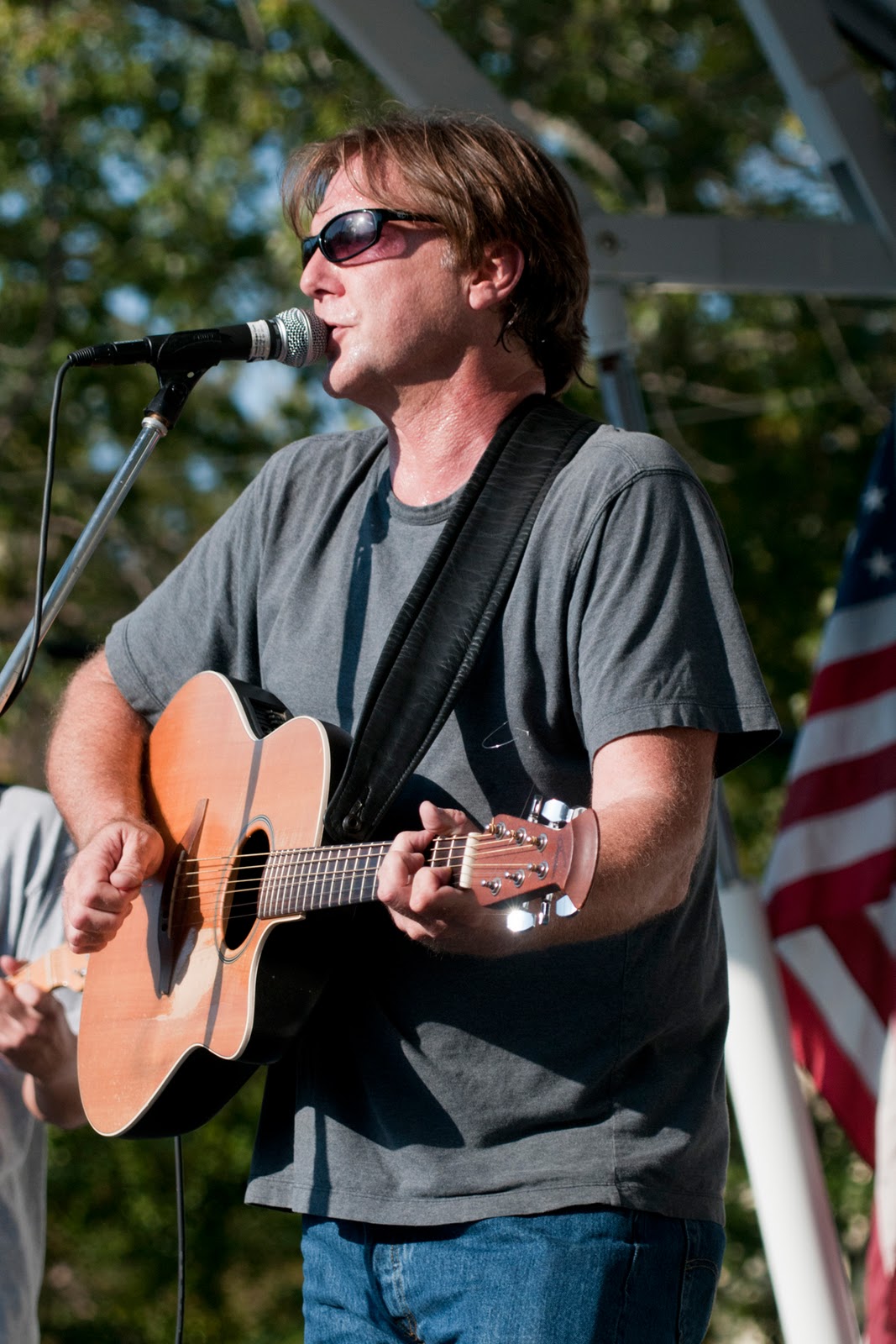 Christian Lamitschka: Country Music has many new fans in Europe, who may be hearing about you for the first time. How would you describe yourself and the music you play to someone who has never seen or heard you before.

Randy Thompson: I call what I do ‘Virginia Red Dirt Roots’ music. It’s a mix of all the sounds of Virginia roots music. Country, Bluegrass, Blues, Folk, Rockabilly, Rock and Old Time

Christian Lamitschka: How was the last year for you? What were the highlights?

Randy Thompson: Its been a great year filled with health, happiness and a lot of traveling. I had a great european tour this year with shows in France, Germany, Austria and Switzerland. We made a lot of new friends.

Christian Lamitschka: What’s your latest CD and how’s it doing?

Randy Thompson: I have a new CD ‚Collected just being released on Jan. 24th, 2012. The reviews are just starting to come in now. So far they have been excellent and I could not feel better about it. The radio response has also been bigger than ever for me. I’v been doing lots of interviews in the last couple weeks. I love it.

Christian Lamitschka: How did you choose the title for the CD, is there a story behind it?

Randy Thompson: The CD is called Collected. It has 15 songs taken from my last three cds as well as a 2010 single release and 3 unreleased tracks and on rerecorded song. It just seemed like the perfect title for a collection of songs over the last 15 years. The cover is just a picture of my guitar case with travel stickers all over it.

Christian Lamitschka: Your current single is being played by radio. What do you thing is special about this song that makes people what to hear it?

Randy Thompson: My new single is called ‘That’s Not Me’. Its an older song of mine that I rerecorded for the new CD. The 2004 version just didn’t fit in with the sound of the rest of the new album. We rerecorded it just a couple months ago and it just seemed like it should be a single. Its just now hitting the American country radio. It was released  on Jan 1st in Europe on the International Hotdisc chart and debuted at # 17. I think it’s a song that a lot of people can relate to.

Christian Lamitschka: What’s your favorite song among all the songs you’ve recorded and what’s the story behind it?

Randy Thompson: When I write a song it becomes part of me and I love all my songs. I think my favourite song right now I’ve written and recorded is ‘Don’t You Remember’ off of Further On and also on the new CD. I just feel like it came together perfectly is exactly what I wanted it to be. It was my final divorce song.

Christian Lamitschka: How much creative control do you have over your music?

Randy Thompson: I have 100%. I record the songs I want to and I produce my own records.

Christian Lamitschka: Who do you look up musically and how deep do your musical roots run?

Randy Thompson: I was spoon fed Hank Williams in my crib when I was a baby. I love old country music from that era and I’ve been obsessed with it my whole life. I grew up hearing a lot of bluegrass and blues. I first learned how to play the guitar from John Jackson(the famous blues singer) who was also from my little town. Some of my favorite all time musicians are Hank Williams, Steve Young, Gordon Lightfoot, Stan Rogers, Jimmie Rodgers.

Christian Lamitschka: What do you think about today’s Country Music versus its roots and where do you see it going in the future?

Randy Thompson: It’s hard to say where it will go from here. I think it always has to go back to its roots or its not country anymore. There is a lot on country radio right now that is just not country. It may be good but it’s not country music.

Christian Lamitschka: If you had the chance to change something about the music industry, what would it be?

Christian Lamitschka: As an artist you have to do so many different things such as recording, touring, doing interviews etc. What do you like best, what’s your favorite activity?

Randy Thompson: There is nothing in the world like doing a show on a good night when everything just comes together. I love to perform.

Christian Lamitschka: Are you doing anything to take country music beyond it’s courrent borders or are you happy where it is?

Randy Thompson: I never really think about what kind of music that I’m playing. Its definetly not all straight country. I really like some of the things I’ve recorded that are like a rockin bluegrass

Christian Lamitschka: What inspired you to become an artist?

Christian Lamitschka: What inspired you to become a songwriter?

Randy Thompson: I have always made up songs even when I was a little kid.  I just do it naturally. I always just thought I was a song writer even back when all my songs were bad.

Randy Thompson: I have a boat and I love to be on the water. I also hike a lot near my house. I live in a great little town with 2 pubs and great friends. There is always something going on around here. I’m not a big fan of sitting still to much.

Christian Lamitschka: Is there anything in your life that you would change if you could?

Randy Thompson:Yes! I think I wasted too much time when I was younger just goofing off.

Christian Lamitschka: Is there any place you haven’t played that you would like to?

Christian Lamitschka: When you’re on tour, do you have time to play tourist?

Randy Thompson: It just really depends on the schedule. Sometimes there is no time at all. It always feels like a shame to go somewhere really incredible and not have time to see it. I love to play tourist. I was born with a natural wonderlust. I like some days off  in between shows. The last tour of Europe I had so many in a row there wasn’t enough time to sit back and enjoy where we were. There was one streatch of 5 shows in 5 nights all in different cities. It was exhausting.

Christian Lamitschka: Many music fans today get their information about artists via the internet. Do you have your own website and what will fans find there?

Randy Thompson: Oh Yea! RandyThompson.Net, MySpace.Com/RandyThompsonJackpotrecords/, I also have a lot of things on You Tube. The website has Photos, Links to buy CDs and mp3s, latest news etc.

Christian Lamitschka: You have a new love in your life, can you tell us something about it?

Randy Thompson: I got married to Julie a few years ago. I couldn’t be happier. We have a three year old running around the house now. Between the two of them they keep me laughing all the time.

Christian Lamitschka: Describe what a perfect day is like for you.

Randy Thompson: Sitting on my boat with Julie, drinking wine and listening to music.

Christian Lamitschka: Most careers don’t last as long as yours, what’s given your career the staying power?

Randy Thompson: Well! I only record an album when I am ready and really feel like I have something in me that needs to come out. I’v only recorded 4 cds in my whole music career and I feel like thats been a good thing. I’m very lucky to have fans who continue to want to hear what I do.