Kayleigh Leith: I had an absolute fantastic
year! The release of my album was like the most amazing feeling ever.
To work so hard on it, and then to set it free and out into the world
was like WOW! I played a lot of really cool shows. The one show that
will stick out for me forever was playing the Bluebird Cafe in
Nashville,TN. It was everything I thought it was going to be. I
played a few places in Nashville as well and wrote some new songs for
my second album I am working on! Played loads of radio shows and
festivals as well here in the Netherlands. Next stop? Germany and
hopefully the USA again soon!!! 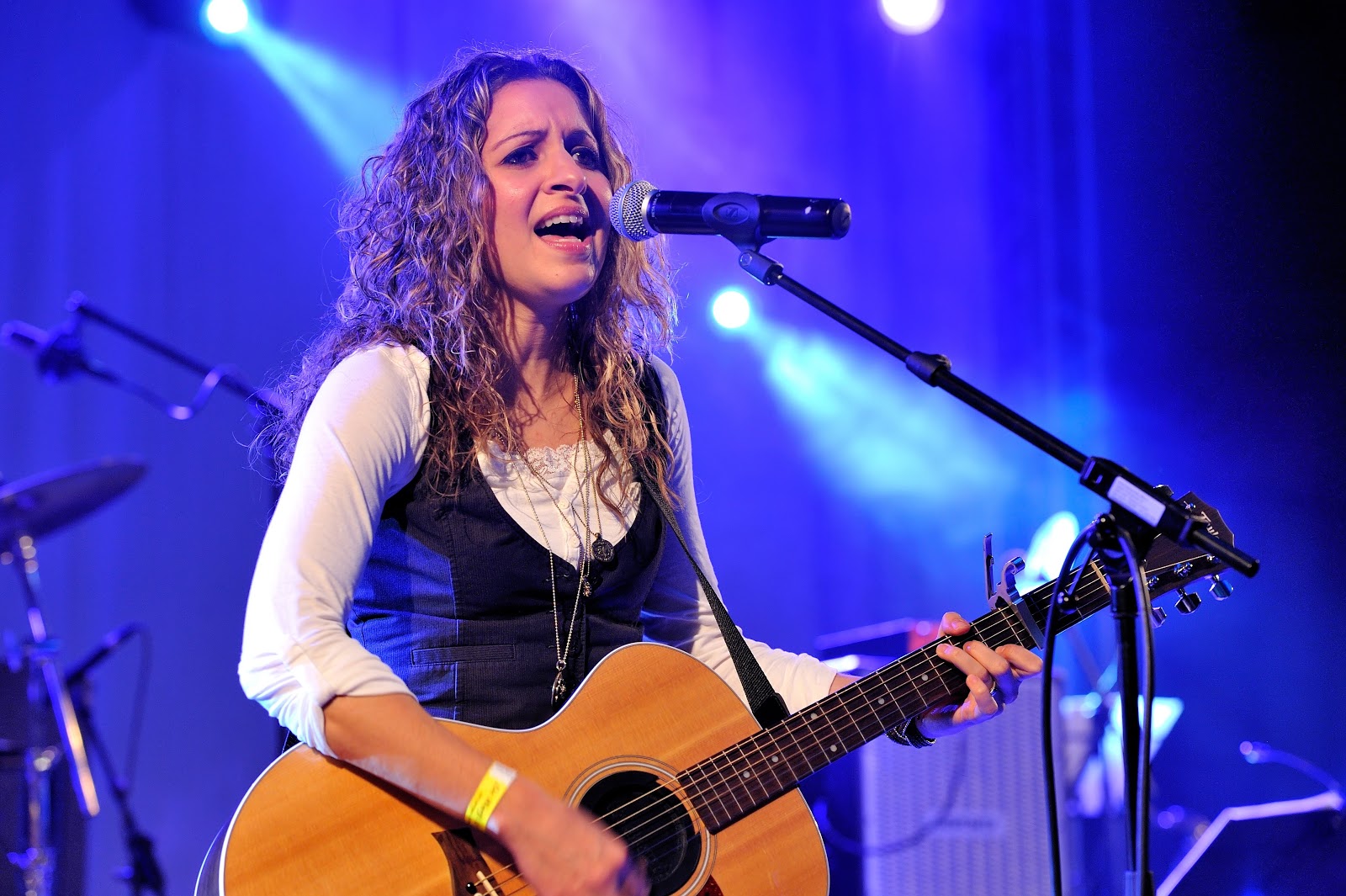 Lamitschka: What is your latest CD and how’s
it doing?

Kayleigh Leith: My latest CD is Miles Away.
It’s doing really well. The songs are being played on the radio in
over 15 countries and has gotten great reviews all over the world.
It’s already 8 months old, so the one year anniversary is coming
up! I was so proud of that album. I can’t wait to get the second
one out, haha, although I have a lot of work to do before that
happens. But I am very busy with it right now.

Lamitschka: Do you write the songs yourself?
If not, how do you go about finding the songs for your CD?

Kayleigh Leith: Yes, I write my songs myself,
but I have found writing with others is an awesome experience as
well! Sharing ideas and feelings and situations rocks! You start to
see that everyone feels just like you do and it takes songwriting for
me to a whole new level of love! I write about what I know or what I
think I know, haha, and about things that affect me. It’s funny
because this next album I am working on is totally my life right now,
very autobiographical. I just love getting honest in my songs and
playing with 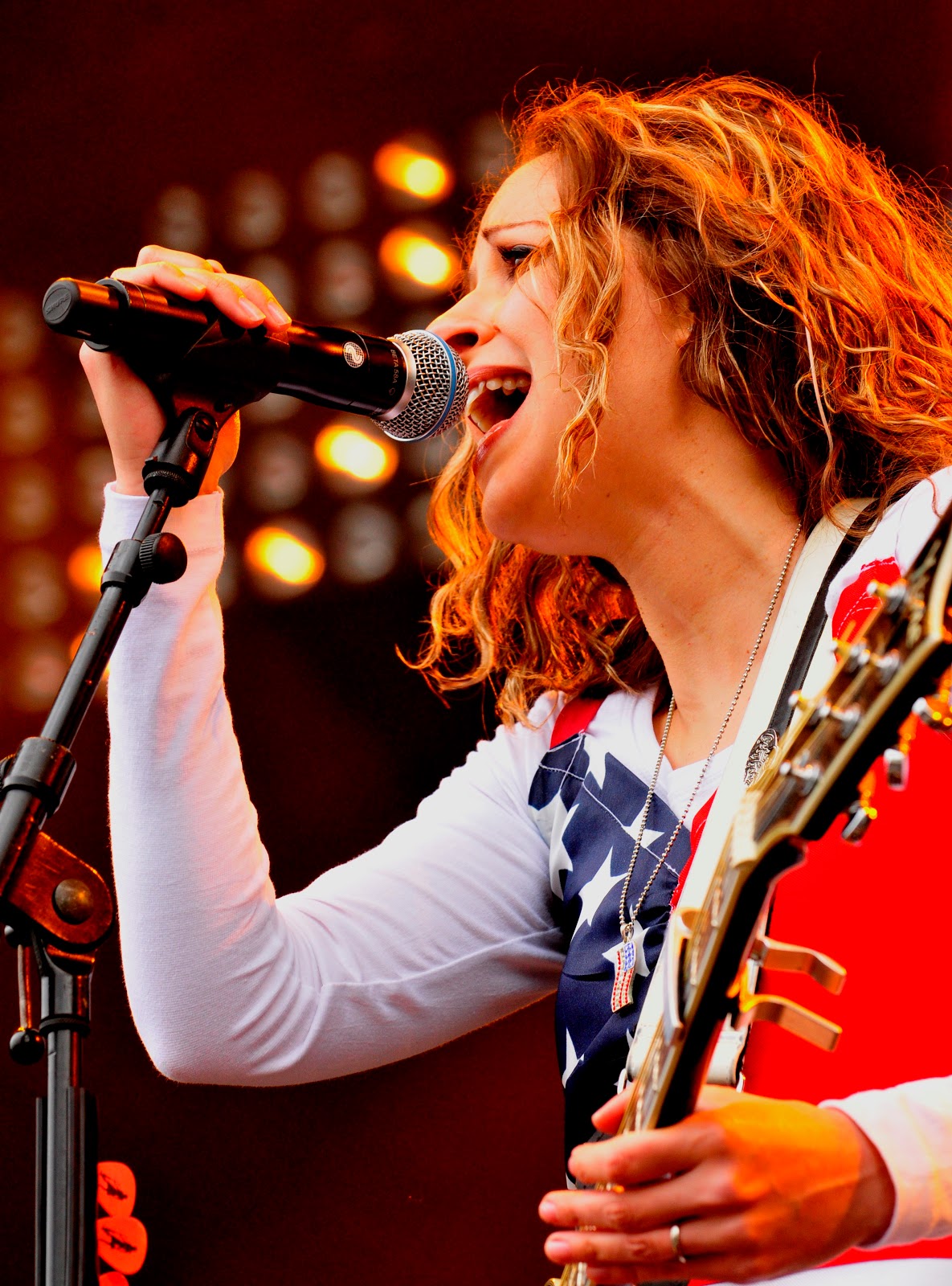 Lamitschka: Your current single is being
played by radio. What do you feel is special about this song that
makes people want to hear it?

Kayleigh Leith: The first time I heard Miles
Away on the radio I almost hit a huge truck in front of me. I was in
my car and had tears in my eyes. Hearing your song on the radio is a
crazy feeling. It’s like you have the world in your hand and
everyone is listening to you. I think a lot of people can relate to
Miles Away because we all miss someone no matter where we are and
it’s not easy to make big decisions without hurting people. But I
always say you can’t stay in one place for the sake of someone
else, no matter how much you love them. 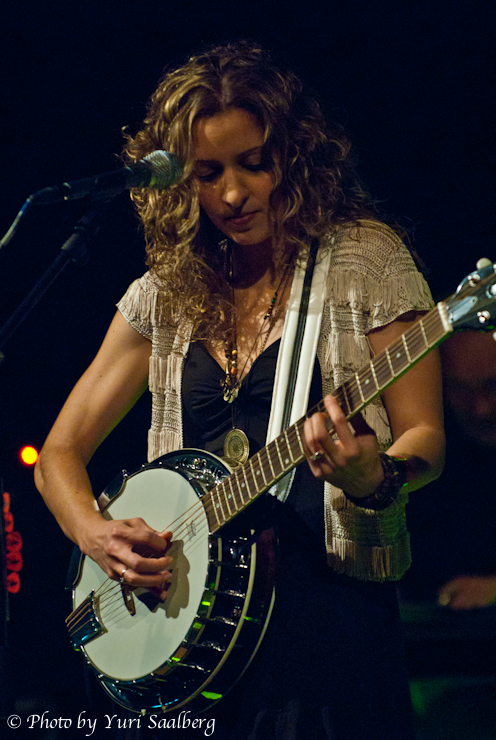 Lamitschka: What is your favorite song among
all the songs you have recorded and what’s the story behind it?

Kayleigh Leith: Actually my favorite song I’ve
ever written isn’t on the album, It’s one I wrote back in March
this year when I was in Nashville. I have a demo version of it, but
it isn’t officially released. The song is called, Feels Like
Letting Go. This is like my song of songs. It’s so weird because I
had a writing session my last night in Nashville and I so didn’t
want to go. Not because I didn’t want to write, but because I was
just hanging out in the city with other singer-songwriters I met in
my week there and I was so sad to leave the city and go back to my
hotel. I took a cab to my writing session and went in the writing
session with a one liner written in my notebook. It said, Feels like
Letting Go. Within like 10 minutes I had written a whole chorus and
one verse, then the second verse came and I just started singing. I
sang exactly how I felt and I don’t think I have ever been so
honest about myself in any song I have ever written and it’s
exactly how I’ve been feeling about everything lately. How to let
go while still hanging on?

Lamitschka: How much creative control do you
have over your music?

Kayleigh Leith: I make all the final decisions.
I say that with confidence because I have to love it first. I put my
heart and soul in my songs and I want to make sure they sound the way
I want them. I am always open to feedback and growth, but I like to
make the final decision.

Lamitschka: As an artist, you so many tasks
such as recording, touring, interviews. What do you like best, what’s
your favorite activity?

Kayleigh Leith: My favorite thing to do is
play. I can play all day long for everyone. I don’t like recording
much because I over think everything I do. I like it all Live! Live
shows, live interviews, Live live live. Being in the moment of
emotions and presence.

Lamitschka: Are you doing anything to take
music beyond its current borders or are you happy where it is?

Kayleigh Leith: I am always looking to go
beyond what I am doing now. That’s mainly because I love challenges
and pushing my limits. I think we all have so much potential, why not
take it as far as you can. I like to experiment as long as it still
remains my sound. One thing I would like to do this year and 2013 is
to broaden my reach in Germany. Play more shows and festivals in
Germany because you guys have a great country scene and I love the
German people.

Lamitschka: Before you became a star, were
your friends and family supportive or was it a struggle?

Kayleigh Leith: I don’t consider myself a
star, that kinda made me chuckle. I am a person just like everyone
else who just dares to dream a dream and make what I want come true.
Some people are afraid to do what they want because they don’t want
to fail. I think not trying makes me fail; trying definitely
qualifies you as successful in my opinion. Everyone in my life has
been super supportive and I feel very blessed for that.

Lamitschka: What moments in your career stand out in your memory
as highlights and achievements which you are proud of?

Kayleigh Leith: I am very proud to have played
in Nashville and to have had so many opportunities to write with such
amazing songwriters. I also played a lot of radio shows to promote my
album and met lots of amazing people on the way. I just heard my
album is also nominated for album of the year by the Dutch Country
Music Association. This alone is an honor. I like to say, it’s not
about the destination, it’s all about the journey for me, and so
far I have been on the best ride ever!

Lamitschka: Is there any place you haven’t
played that you would like to?

Kayleigh Leith: I would love to play in Texas.
I’ve never been there, and that alone makes me want to go and
discover! I heard so many great stories from people who have been to
play and I would like to see what it’s all about! Who knows, maybe
one day!

Lamitschka: When you get time off, how do you like to relax?

Kayleigh Leith: I love to take my mountain
bike out and ride with my husband. We love cycling. I also love yoga
and meditation; it keeps me balanced and feeling refreshed and open.
I’m also a bit of a nerd and love researching about the food I eat,
nutrition and the human body amaze me.

Lamitschka: Many music fans today get their
information about artists online. Do you have your own website and
what will fans find there?

Kayleigh Leith: I sure do! To find more
information about me, you can check my website at
www.kayleighleith.com. I
am also on all the social media websites like Facebook, Twitter and
MySpace. So everyone go to www.facebook.com/kayleighleithmusic,
click like and send me a message. I look forward to meeting you all
online or at a show one day! See you soon!