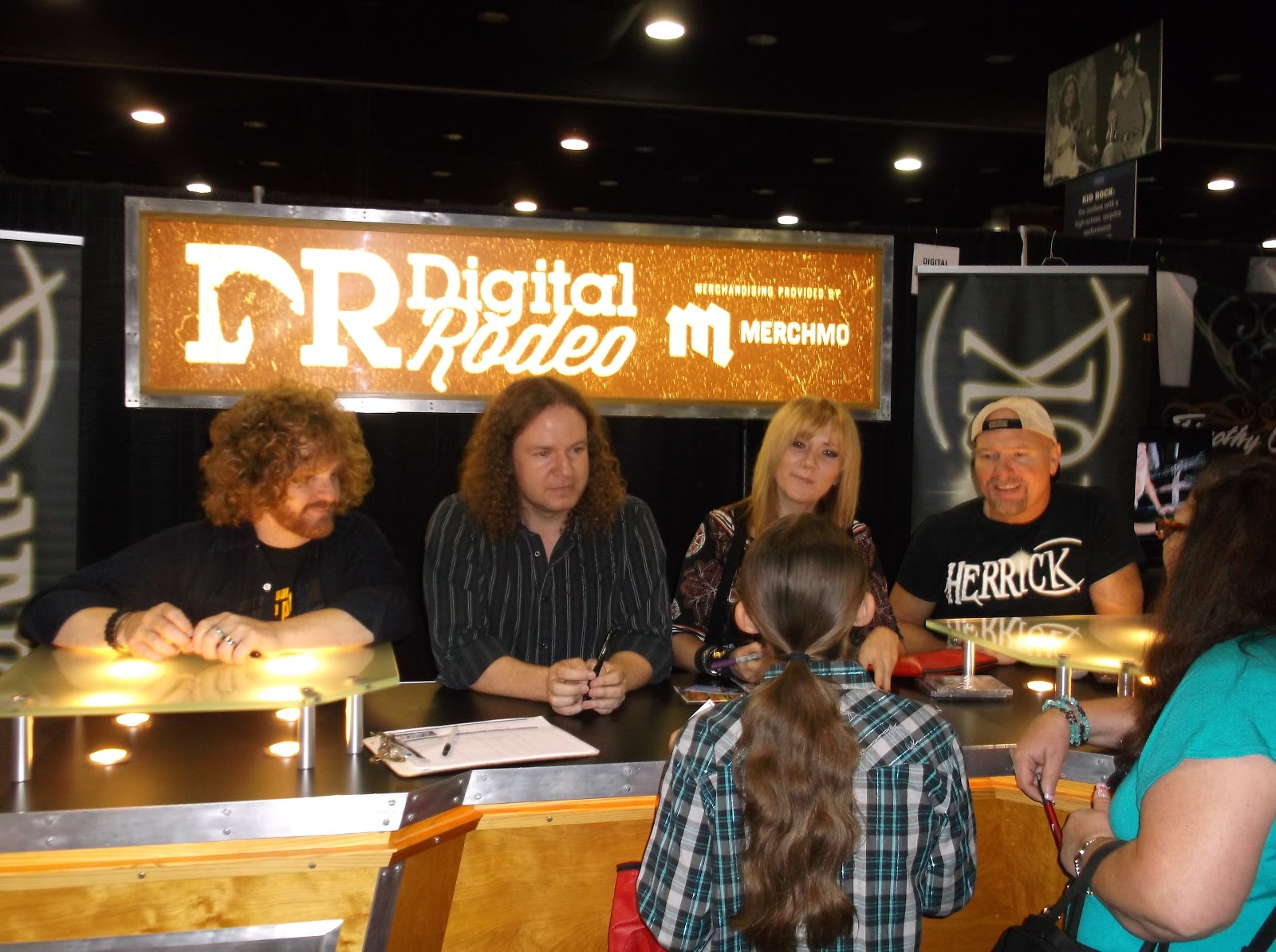 Lamitschka:  Music has many new fans throughout Europe who may be hearing about you for the first time. How would you describe yourself and the music you play to someone who has never seen or
heard you?

HERRICK:  We have been decribed as a sound that merges the best of Country/ rock, folk and blues. The result thereof is a musical style that is all our own, Herrick. We are Alt. Country.

HERRICK:  This year has been a great year for the band. We have been moving forward faster than ever. Our fans are growing with every performance. This year has had so many highlights….Our new
album, New Dance, released in May. Winning our first IMA Award for Best Country Song, Cry Memphis. Beginning our summer tour with being Invited to perform at Bamajam 2012 was just a few exciting happenings.

HERRICK:  New Dance was in the making for four years. We re-recorded this album three times with many twists and turns along the way. But the reviews from the Media and fans have confirmed it was well worth every minute. Our fans fully funded this album. They believe in the music, and that is what makes it worth it. We love our Fans and can’t wait to get out there and share our music with them live.

HERRICK:  Country music has seen it’s share of breakthrough acts that have had to work extra hard in the industry because they had a new, different sound. We choose this name to represent a new sound, a new Herrick, A New Dance.

HERRICK:  Yes, every song is Herrick through and through. Although we did add two songs that we really believe in that are not written by us. Satan and Grandma and Last Words. Both written by hit song writers, Chris Wallins and Craig Monday. We had them in our back pocket for years.

But other than the two songs, we wrote every one on New Dance. We had a hard time chooseing which songs would make the cut. There were 5 that did not make it this time. We write constatly. So that is one of the reasons the album took so long to finish. We kept writing new songs and adding them. Our sound evolved and we wanted to share only the best.

HERRICK:  We write from the ground up. Most Writers start with a lyric hook. We start with a musical hook. Our reason for this? If you don’t feel the musicand dig it, you won’t care about the lyric.

Walk A Mile was co-written by Karen Staley. A hit songwritter friend of ours. We love the grove we put in the song.  Love and Misery; This one is special. We feature Kathie Baillie (Baillie and the Boys) as special guest background vocalist. She is Outstanding! LOVE HER!

Do You Love Me; Our new single was written by Kerry and I. Every relationship gets to a point where you ask that question. Love the vibe of it and it is an awesome song to perform live.

Drive; This tune is a fav of many of our fans. Especailly truck drivers. This song we co-wrote with Jess Brown. It’s very poetic. We love to write in pictures.

You Don’t know what Love Is; This one is really dark. I love that about it. Wrote it in one sitting. I think it took about 2 hours. Every song we write is true to life. This one is about a person we know (that shall remain nameless) that is in a bad relationship.

Pain in My Heart; Wrote this one night when I was really made at Kerry. Never make a songwriter mad, you’ll help write a great song!

Hangmen Hill; is based on a true story about a place in our hometown of Spokane WA.

Heaven Dont Let Me Down; Kerry stated writing this when he was still working a day job. One day he was having a bad day and he just said Heaven Dont Let Me Down, he thought, hmm, that would make a great song. There is a guy that we know that plays an old mandolin out on the street corner for money in Nashville. The First verse is about him.

Cry Memphis; This song has given us 5 award titles. Started writing it years ago. And thought where did that come from? Moved to Nashville and we finished it with our co-writers. Love the minor key and the dark vide. It has opened alot of doors for us.

Too Much Of Too Little; Story of our lives.

HERRICK:  Do You Love Me, Kerry and I wrote. Many can relate to this tune. Kerry and I are married and in the band together. A first in country music here in the US. First, a female fronted Band and second, married to the Bass player. Many people think that this would be a problem. For us, it is our saving Grace. It keeps us connected and purpose driven. And makes for some GREAT songs!

We all go through it in relationships. When you wonder, Do You Love Me?

Lamitschka:  You did a duet with Kathie Baillie from Baillie and The Boys. How did that happen to come about?

HERRICK:  Michael Bonagura, our co-producer is from the band, Baillie and the Boys. Kathie (lead singer of Baillie and the Boys) and Michael have been dear friends since we moved to Nashville. When Michael agree’d to co-produce the Album we knew we HAD to get Kathie’s voice on the Album. We believe she has one of the most reconizable voices in Country Music. So one day we were working on
Love and Misery. All three of us ( Donna, Kerry and Kathie) got in the booth and just had the time of our lives. Singing one part, then moving to another to stake them. It was easy and fast. That’s when you know you are working with a pro!

HERRICK:  Hey Savanna; Because it is so different. There is nothing like it out there. We swear we were not on drugs when we wrote it. LOL

HERRICK:  Years of preperation goes into any project. Fans only see the end result. So many ups and downs. It took alot of sacrific and hard work. But it‘s all worth it when you are up in front of your audience.

HERRICK:  Wow do we. One of our most fav memories is of when we went in to sing for one of the record labels here in Nashville (W won‘t name them)

The lable team was there. All around their big fancy conference table. The stoic look on their face. Crossed arms, trying their best to say with their bodies, prove it! We sang Satan and Grandma. I (Donna) remember looking at them straight in the eye. I got real close to them, in their space. Singing my heart out. Before we knew it, one of the ladies started crying. Then a guy started to cry. Before long, they all were crying. After the song they all apolized, tried to regain themselves as best as they could. It was funny. We made them cry! I wonder if they had had a budget meeting before we went in?

HERRICK:  We are vocally impired when we listen to the greats. Vern Gosdin, Emmylou Harris, Linda Ronstadt, Ann Wilson, Amy Lee. And as a writer, Kris Kristofferson, Mickey Newbury to name a few.

HERRICK:  We are very excited about today‘s music scene. More and more power is getting back into the hands of the music fans. With the internet, it is easy to find great new music that before we could not get. In the future it‘s gonna be all streaming music. But the abilitiy to perform live is now more inportant than ever before. And will be even more inportant in the years to come. WE LOVE IT, because that’s what we love to do. Perform live.

HERRICK:  A high energy show. With alot of interaction with the crowd. All our songs with a few surprises.

HERRICK:  Not usually. We do alot of press and radio when we are on tour. So there is not alot of time for it. But when we do, we just love to walk the city and check everything out.

HERRICK:  We can’t wait to get over there and perform for you!