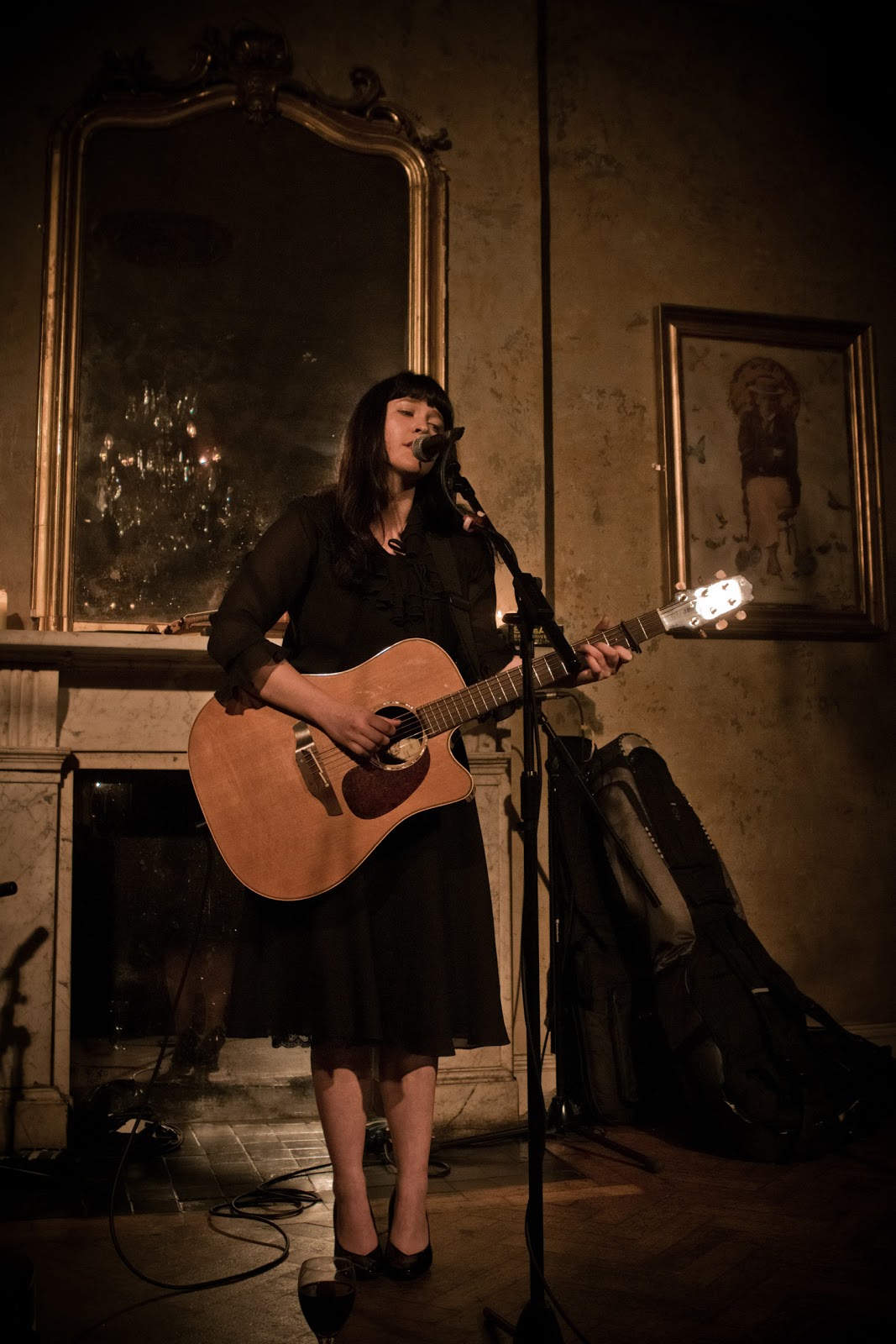 Christian Lamitschka: Folk Music has many new fans in Europe, who may be hearing about you for the first time. How would you describe yourself and the music you play to someone who’se never seen or heard you before.

Flip Grater: I make sad music. Of a kind of indie-folk variety. With a little alt-country thrown in.

Christian Lamitschka: What’s your latest CD and how’s it doing?How did you choose the title for the CD, is there a story behind it?

Flip Grater: It’s called While I’m Awake I’m At War. It’s gone really well at     home and has just been released in Germany. The album is named after a song on it that is about melancholy and the comfort that can     be found with a lover.

Christian Lamitschka: Who do you look up musiccally and how deep do your musical roots run?

Flip Grater: I love all kinds of music and bands but my heart has always been     in folk music. My father taught me to play guitar when I was a child     and he taught me all of his favourite songs like Bob Dylan, Cat     Ste    vens and Neil Young songs.

Christian Lamitschka: As an artist you have to do so many different things such as recording, touring, doing interviews etc. What do you like best, what’s your favorite activity?

Flip Grater: I do all those things and have always been independent in New     Zealand because I run my own label there. I love all aspects for     diffe    rent reasons. I love being at home writing. I love being in the studio     working with amazing musicians. I love being on tour and meeting     new people and playing to new audiences.

Christian Lamitschka: What inspired you to become an artist?

Flip Grater: Hmm.. I never intended to make music for a living. I had learned     guitar when I was a kid and as I got older it was a hobby. When I was     20 years old I met a Swedish guy, fell in love and moved to Sweden.     Eventually he broke my heart, I returned to New Zealand miserable     and started writing and performing music.

Christian Lamitschka: What moments in your career stand out in your memory as highlights and achievements which you’re proud of?

Flip Grater: I played at SXSW in Austin, Texas a few years ago and     performed after Kris Kristofferson and before Luke Zimmerman. That     was cool. Also I’m really proud of this new album.

Flip Grater: I love to cook.

Christian Lamitschka: What can your fans expect to see when they see you in concert?

Christian Lamitschka: Many music fans today get their information about artists via the internet. Do you have your own website and what will fans find there?

Christian Lamitschka: What message would you like to send your European fans?

Flip Grater: Can’t wait to meet you! Keep an eye out online for my tour     dates because I’m coming back to Germany again in summer.