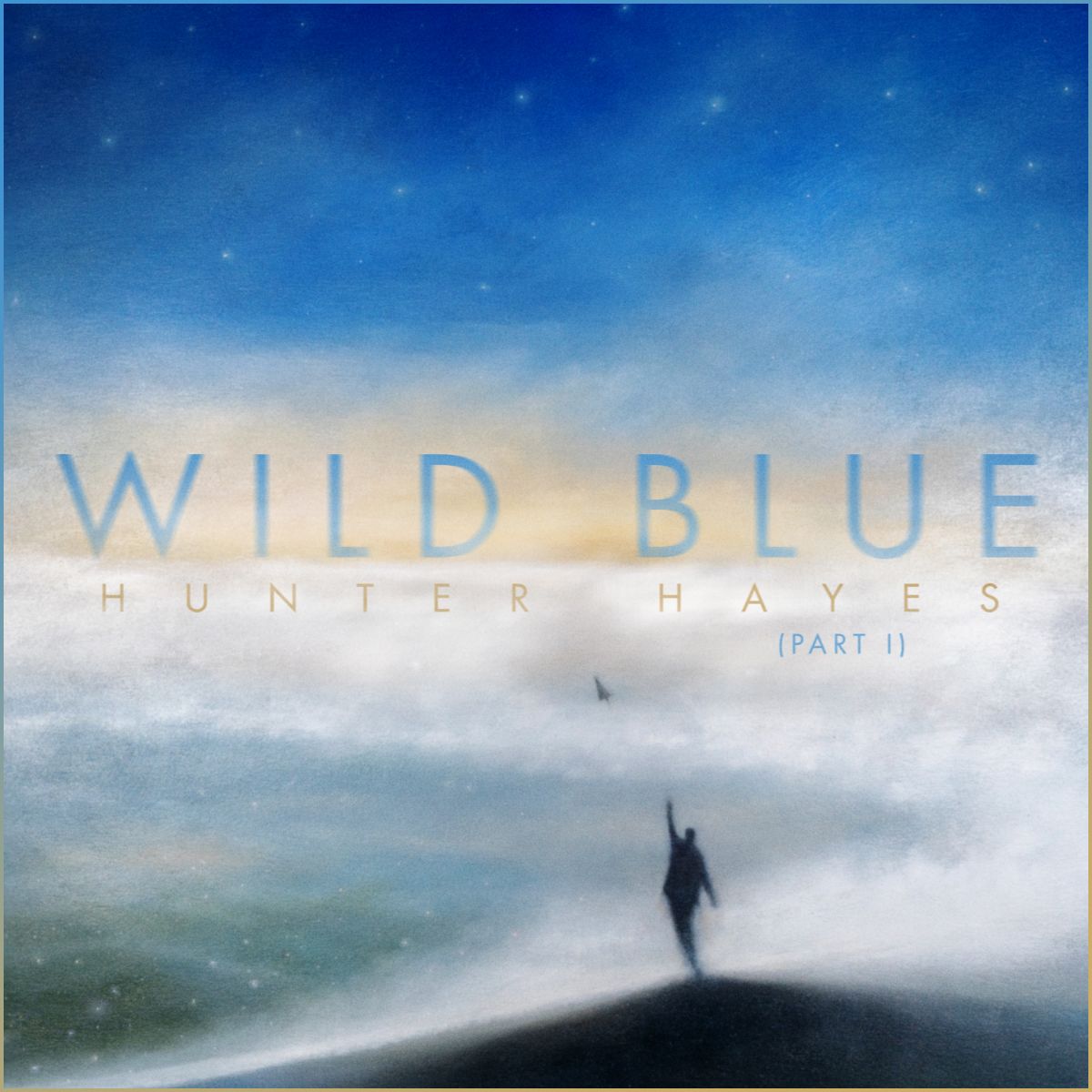 Hunter Hayes to Fans: New Album, “Wild Blue (Part I),” is Yours This Friday

While appearing on stage at 30 Rock to perform his current single “Heartbreak” on Third Hour Today earlier this morning, Hunter Hayes surprised viewers and fans around the world with the announcement that Wild Blue (Part I), – initially rumored to be released on October 11 – will now arrive earlier: this Friday, August 16 on digital platforms everywhere (Warner Music Nashville).

Wild Blue came during a transformative period in Hayes’ life,
and the long-awaited album showcases his journey through the changes he
came to embrace. As he declares in the title track, “I close my eyes, cut the cord, drop the chain and I shed my skin,” Hayes has found a version of himself that is ready to take on the future on his own terms.

The album as a whole is a celebration in every sense of the word, though
it’s not an endless party. It’s a recognition of a difficult period of
growth, the kind of challenge required in a life well lived. Hayes faced
up to change in his real life, and he put it all down in his art.

On his decision to surprise release, Hayes shares, “So, we initially planned to perform on Today and
announce our October album release, however because the album was
finished and because the fans were asking for more new music now, we wanted them to have it as soon as it was ready… and have it all, not just five or six songs.”

Knowing it was time to release the music to the world, Hayes invited The Tennessean
into his home in Nashville, Tennessee which he transformed into a
living/breathing studio so his relationship with music could exist
without the constraints of rented studio time. Instead, Hayes
approached Wild Blue with an attitude of creating whenever
inspiration struck. It’s also why you’ll see Lead Vocals, Background
Vocals, Electric Guitar, Acoustic Guitar, Piano, B3, Bass Guitar,
Strings, Banjo, Mandolin, Dobro, Drums, Programming and Resonator Guitar
adjacent to his name on the liner notes across the 10 Wild Blue tracks.

“I had nothing keeping me from saying what I wanted, writing what I wanted, producing what I wanted,” Hayes told The Tennessean, revealing
his immersive process for what is Part I of III and the most personal,
reflective and vulnerable album the 27-year-old has written, recorded,
produced and released. “I spent a lot of time writing as if the world
was watching, and I decided to make a record as if no one was watching,
and that helped me remove all my filters. Budgets weren’t an issue.
Permission wasn’t an issue. The only thing that wasn’t happening is I
wasn’t speaking my truth and writing it.”

The album title and theme – Wild Blue – is named after the
first song Hayes penned for the project, noting: “As soon as we wrote
‘Wild Blue,’ I went into every conversation or co-write with that
idea in mind and it led to some of the most honest realizations about
myself and how I approach love and relationships. I’m so thankful for
this journey and the path it’s set me on personally and professionally.”

The album includes his four previously-released songs, including latest
single “Heartbreak,” “One Good Reason,” “Dear God” and “One Shot.”

“I hope people hear the hope in its message. There is this sense of flight,” Hayes says of his Wild Blue experience,
“feeling that freedom and kind of loving the starting-over aspect of
it. When you’re holding on to too many things, there’s no way you can
possibly do that.”

And with Wild Blue, he moves into a future that is – happily, wonderfully – unknown.

Wild Blue Track Listing and Songwriters are as follows:

^ Produced and Engineered by Hunter Hayes

Country superstar Hunter Hayes has always been relentless in the pursuit
of making music that speaks to his fans. With the release of his
current single “Heartbreak,” Hayes continues to do just that, as
evidenced by its nearly 30 million on-demand streams to date globally.
The unexpectedly optimistic anthem about enjoying the journey of
searching for a soulmate will be featured on his forthcoming third
studio album and has received praise from outlets such as Rolling Stone, People and Paste,
who describe it as “a love-song’s curveball at the traditional breakup
narrative.” It is one of four tracks Hayes has released recently, which
cumulatively have already received nearly 80 million on-demand streams
globally, in advance of his eagerly-anticipated LP. His first preview of
new music to fans was the personal and introspective “Dear God,”
co-written with Andy Grammar and Dave Spencer, followed by the
fast-paced, rhythmic “One Shot” that features Hayes as the sole writer,
and most recently the emotional and personal “One Good Reason.” The
Louisiana native has achieved nearly 2 billion on-demand career streams
globally since the release of his platinum-certified debut album along
with six gold and platinum-certified singles. With over 50 award
nominations and wins, including five GRAMMY© nominations, the
multi-instrumentalist is on the road now with stops at select fairs and
festivals throughout the summer (full list of tour dates here).