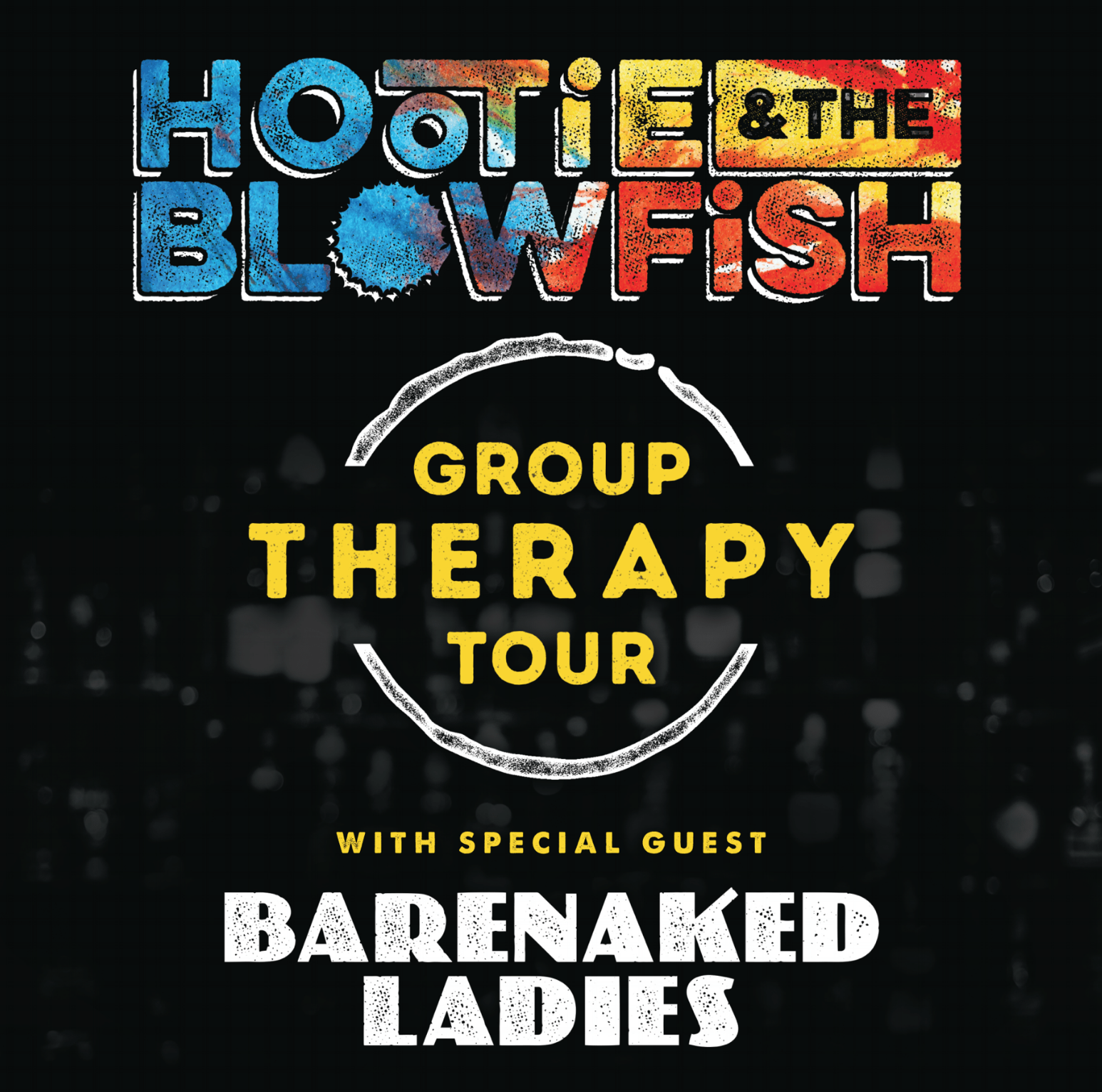 Iconic pop-rock band Hootie & the Blowfish appeared on NBC’s TODAY this morning to announce a highly anticipated return to full-time touring in 2019, as the foursome sets out on the 2019 Group Therapy Tour with direct support from special guest Barenaked Ladies.

The band formed by Mark Bryan, Dean Felber, Darius Rucker and Jim “Soni”
Sonefeld during their time as students at the University of South
Carolina will visit 44 cities on the tour produced by Live Nation,
kicking off Thursday, May 30 in Virginia Beach, Virginia and wrapping
Friday, Sept. 13 with a Columbia, South Carolina homecoming.

Hootie & the Blowfish fan club members can also access an exclusive
pre-sale starting today, Dec. 3, at 10 a.m. local time. Barenaked Ladies
fans who have purchased VIP packages in the past will receive an
exclusive code to purchase tickets early on Wednesday, Dec. 5 starting
at 10 a.m. local time before they go on sale to the general public this
Friday, Dec. 7 at www.LiveNation.com.

“Once the four of us met and started playing shows, we toured for years
before signing a record deal,” reflects Rucker who, in the 10+ year
break since their last formal tour and nearly 15 years since their last
studio album as a band, has charted nine No. 1 singles on Country
radio.

Felber notes, “Having those shows at fraternity houses, clubs and dive
bars under our belt prepared us for success to a degree, and it’s
something we’re proud of – that we put in the work – but what matters to
me the most is that we’re still a band all these years later. We’ve
never stopped being a band.”

“We were content playing clubs and small theaters, so playing to three-,
four- and five-times that size was incredible, and we’re looking
forward to that feeling again on this tour,” Sonefeld echoes.

Bryan adds, “There’s nothing like playing music live. For the first time
in nearly 20 years we’ll be coming back to Columbia, South Carolina
where it all began,” before Rucker interjects, “and we’re ready to
rock.”

In addition to hitting the road on the Group Therapy Tour in 2019, the band described as “beloved” by the New York Times and praised by Billboard for
their “undeniable charm” will also release a forthcoming sixth studio
album under new label home Universal Music Group Nashville as their
debut Cracked Rear View celebrates its 25th anniversary.

Cracked Rear View,
certified by the RIAA as 21x Platinum and the fifth-most certified
studio album of all time, marked the beginning of a whirlwind of success
for the two-time GRAMMY winners who have gone on to sell over 25
million albums and notch 17 Billboard-charting songs to date.

About Hootie & the Blowfish

With the rich, bluesy vocals of Darius Rucker and gleeful harmonies of
guitarist Mark Bryan, bassist Dean Felber and drummer Jim “Soni”
Sonefeld, Hootie & the Blowfish have sold over 25 million records
worldwide to date after their infectious melodies hit the airwaves in
1994 with hits such as “Hold My Hand,” “Let Her Cry” and “Only Wanna Be
With You.”

The quartet met at the University of South Carolina where endless gigs
at frat houses and local bars built a major local buzz. Their blend of
pop, folk, blues, soul and rock made them hard to pigeonhole and easily
accessible to anyone who loved good music.

Atlantic Records, impressed by their regional draw, signed them and released Cracked Rear View in 1994. The album had been out for six months before the band played on the Late Show with David Letterman which sent sales skyrocketing, eventually landing at No. 1 on the Billboard chart the following spring. Cracked Rear View and the band went on to win two GRAMMY Awards, an MTV Video Music Award, a Billboard Music Award, and multiple People’s Choice Awards. Cracked Rear View earned the band Billboard‘s Band of the Year Award in 1996 and the RIAA’s Diamond Award for sales in excess of 10 million units. Cracked Rear View remains the 5th most certified studio album in music history.

The band remained a top draw nationwide and released five more albums for Atlantic: Fairweather Johnson, Musical Chairs, Scattered, Smothered & Covered, Hootie & The Blowfish and The Best of Hootie & The Blowfish, as well as Looking For Lucky on their own Sneaky Long Records and LIVE in Charleston, The Homegrown Concert Event DVD and CD.
The band took a break from full-time touring in 2008, reuniting
annually for a variety of philanthropic events while also pursuing solo
projects. 2019 will mark the band’s first full-time touring year in over
a decade as they embark on the Group Therapy Tour in support of forthcoming new music under a new record deal with Universal Music Group Nashville.

Over the course of their remarkable career, Barenaked Ladies have sold
over 15 million albums, written multiple Top 20 hits (including radio
staples “One Week,” “Pinch Me,” “Brian Wilson,” “If I Had
$1,000,000”), garnered 2 GRAMMY nominations, won 8 JUNO Awards, had Ben
& Jerry’s name an ice cream after them (“If I Had 1,000,000
Flavours”), wrote and recorded the theme song to the award-winning TV
series “The Big Bang Theory,” participated in the first-ever
“space-to-earth musical collaboration” with astronaut Chris Hadfield and
garnered an international fan base whose members number in the
millions. In 2018, the band (vocalist/guitarist Ed Robertson, drummer
Tyler Stewart, keyboardist Kevin Hearn and bassist Jim Creeggan)
celebrated their 30th anniversary with the release of a dynamic new
album, Fake Nudes, a much-deserved induction into the Canadian
Music Hall of Fame (with Rush vocalist Geddy Lee handling the honors)
and a proclamation from Toronto Mayor John Tory declaring October
1st “Barenaked Ladies Day.” The band is currently in pre-production for a
new album due in 2019. For more information, visit www.barenakedladies.com.