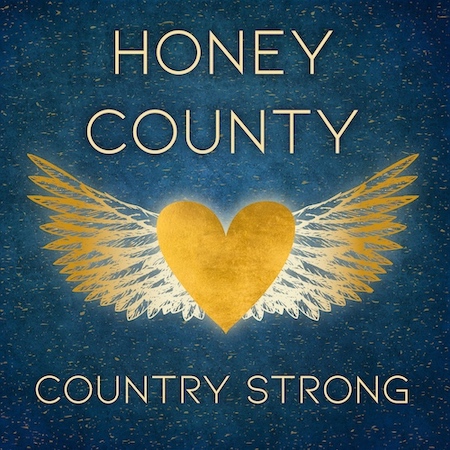 Country trio Honey County
honors the country music community and celebrates those who dance and
sing on in the wake of violence and tragedy in their new single, “Country Strong.” The band, Dani Rose, Devon Jane and Katie Stump, have written, recorded and are set to debut the song at Stagecoach
to commemorate the resilient country community. With the help of
co-writer Kalie Shorr and producer John Spiker, they excelled at the
mission. A portion of the proceeds of the song will be donated to ACM Lifting Lives
to further their mission to develop and fund music-related therapy and
education programs, and serving members of the community who face
unexpected hardships. “Country Strong” can be streamed and downloaded HERE.

Each
year, the HonkyTonk team creates a new Stagecoach dance. 2019’s song,
written by Los Angeles-based Honey County and remixed by DJ Hish, and the dance, created by Stagecoach Dance Captain Anne Marie Dunn with Borderline
dance teacher Kristal Lynn Konzen, will be taught to fans all weekend.
Fans can join in on Saturday at 5:00 p.m. at the HonkyTonk Stage for a
special live music and dance performance with over 100 professional
dancers.

The
country music community is invited to participate, world-wide, by
posting their #CountryStrong stories to social media and supporting live
music in their communities.

“We
were honored to take on this opportunity to write a song that
celebrates our resilient country music community. We have so many
friends that were affected by the tragic events that took place over the
last two years and we hope that with ‘Country Strong,’ we can
contribute to the healing and love that helps to bring us all even
closer together” said Honey County.

The
trio saw much success from their High on the Radio EP release earlier
this year, and several singles as “Love Someone” was prominently placed
on the final season of CMT’s “Nashville” while “Los Angeles” was featured on E! News Weekend and its remix on the NFL Network’s “Total Access.” Follow Honey County on Facebook, Twitter, Instagram and YouTube. Keep up with their tour dates on their website at www.honeycounty.com.

Rooted in three-part vocal harmonies, southern twang, and pop hooks, Honey County
is a female country trio featuring the stacked voices, songwriting and
layered guitar work of bandmates Dani Rose, Devon Jane and Katie Stump.
As one of Rolling Stone’s “Top 10 Artists You Need To Know,” the band
has maintained a busy schedule both onstage and in the studio, sharing
shows with artists like Lady Antebellum, Brett Eldredge, Jake Owen and
Easton Corbin while also crafting modern, melody-based country songs.
With a prestigious placement of their song “Love Someone” featured in an
episode of CMT’s “Nashville” this past summer and the remix of “Los
Angeles” on the NFL Network, the band is excited to be working on new
music and released their EP, High on the Radio, in February 2019.
“Country Strong,” their latest single, is the official song of
Stagecoach 2019. Their music can be heard frequently featured on Radio
Disney Country who was an early supporter of the band. This is
countrywide country music, presented in three-part harmony. Visit www.honeycounty.com for more information on the girls!