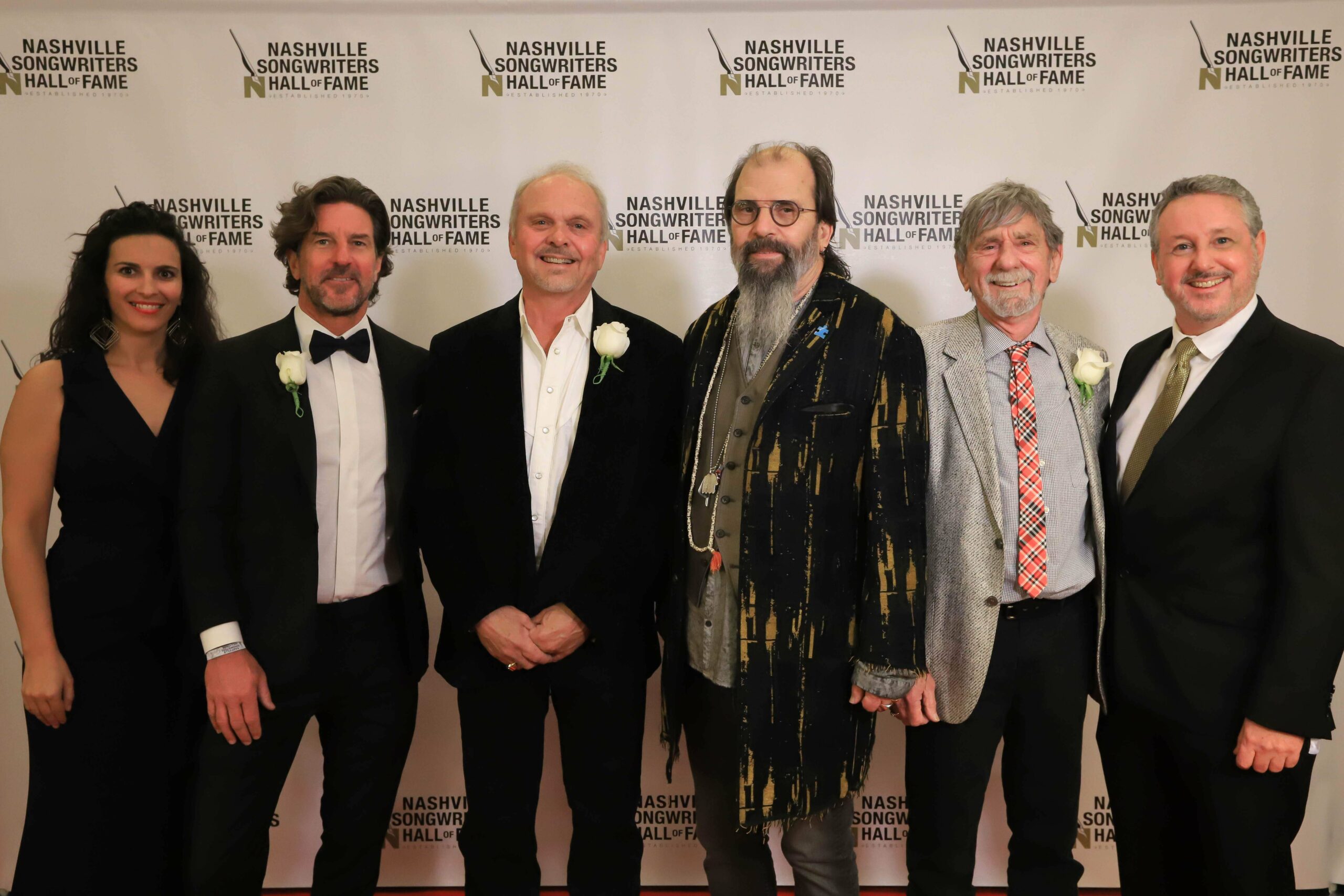 It was a scintillating evening of songs, stars, special memories and – above all – some of the worlds finest songwriters being honored by their peers when The Nashville Songwriters Hall of Fame welcomed ten new members to its ranks.

It was a unique gala: because of the pandemic, the 2020 gala was postponed so it was double the pleasure, double the fun as the Classes of both 2020 and 2021 were inducted at the same ceremony as part of the NaSHOF’s supersized 50th and 51st Anniversary Hall of Fame Gala. The musical contributions of the newest inductees were celebrated through star-studded performances of some of their biggest songs for the capacity crowd at Nashville’s Music City Center.

The inductees and the musical guests who honored them shared so many fascinating stories and insights about how they reached the pinnacle of their artistry.

“I walked into the university for songwriters,” revealed Steve Earle. “and I was lucky to run into Guy Clark and Townes Van Zant.”  Steve had numerous stories to tell about how he hitchhiked his way to Nashville. What I wouldn’t give to spend 30 minutes with him to hear some more of his stories!

“It’s about family,” stated Amy Grant. “It is so special to be a part of this community. It’s an honor. What a great circle to be a part of, because everybody else’s songs have been so impactful in my life.”

It’s hard to believe that a seasoned performer like Rhett Akins could be nervous, but as he said in his acceptance speech, “I am so nervous to be here with all my family and I just wish my grandparents could be here.” 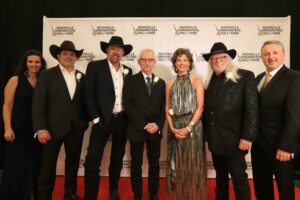 The NaSHOF Galas always feature star-studded performances, and this doubleheader was no exception. Trisha Yearwood brought goosebumps to my neck with her melodic rendition of “Ode to Billy Joe,” honoring inductee Bobbie Gentry.  Hall of Fame member Gretchen Peters spoke on behalf of Gentry who was unable to attend.

Also on hand were John Anderson to honor John Scott Sherrill, singing the Sherrill-penned 1982 hit “Wild and Blue” and Thomas Rhett performing his father’s signature hit “That Ain’t My Truck” as a tribute to inductee Rhett Akins.

Garth Brooks took the stage to present inductee Kent Blazy and also perform their hit “If Tomorrow Never Comes.” Blazy and Brooks met in 1987 and began writing together. This song was not only their first collaboration, but also became Brooks’ first #1 single. In 1989 it was named NSAI’s Song of the Year.

The hits just kept on coming, as they say in radio, and so did the songwriters who penned them, honored by some amazing artists for an unforgettable evening.

Operated by the non-profit Nashville Songwriters Foundation, the Hall of Fame is dedicated to honoring Nashville’s rich legacy of songwriting excellence through preservation, celebration and education.  More information is available at http://www.nashvillesongwritersfoundation.com/.