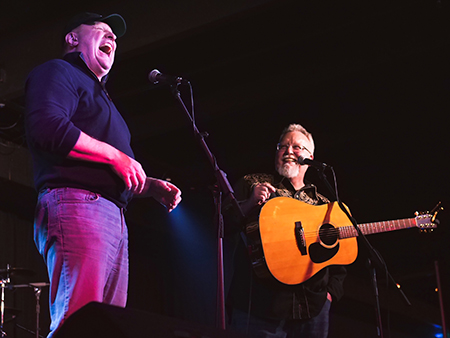 NASHVILLE, Tenn. (March 9, 2018) – Hit country songwriter Max T. Barnes kicked off his International “Steamboat”
Tour with fans at the Nashville Palace and his All-American Band
performing top hits written by both him and his late father, Max D.
Barnes. To fans’ surprise, he brought out special guests Bobby Bare and
Collin Raye, two of country’s most beloved legends. Bare joined Max for
two songs and Raye later came on stage to perform his number one hit
“Love, Me,” written by Max T. Barnes.

“I am
on cloud fifteen!” said Max in regards to the show. “Great band, great
crowd, great venue. My dear friends Bobby Bare and Collin Raye came by
to sing with us. Don’t wake me up til it’s time to do it again June
7th!” 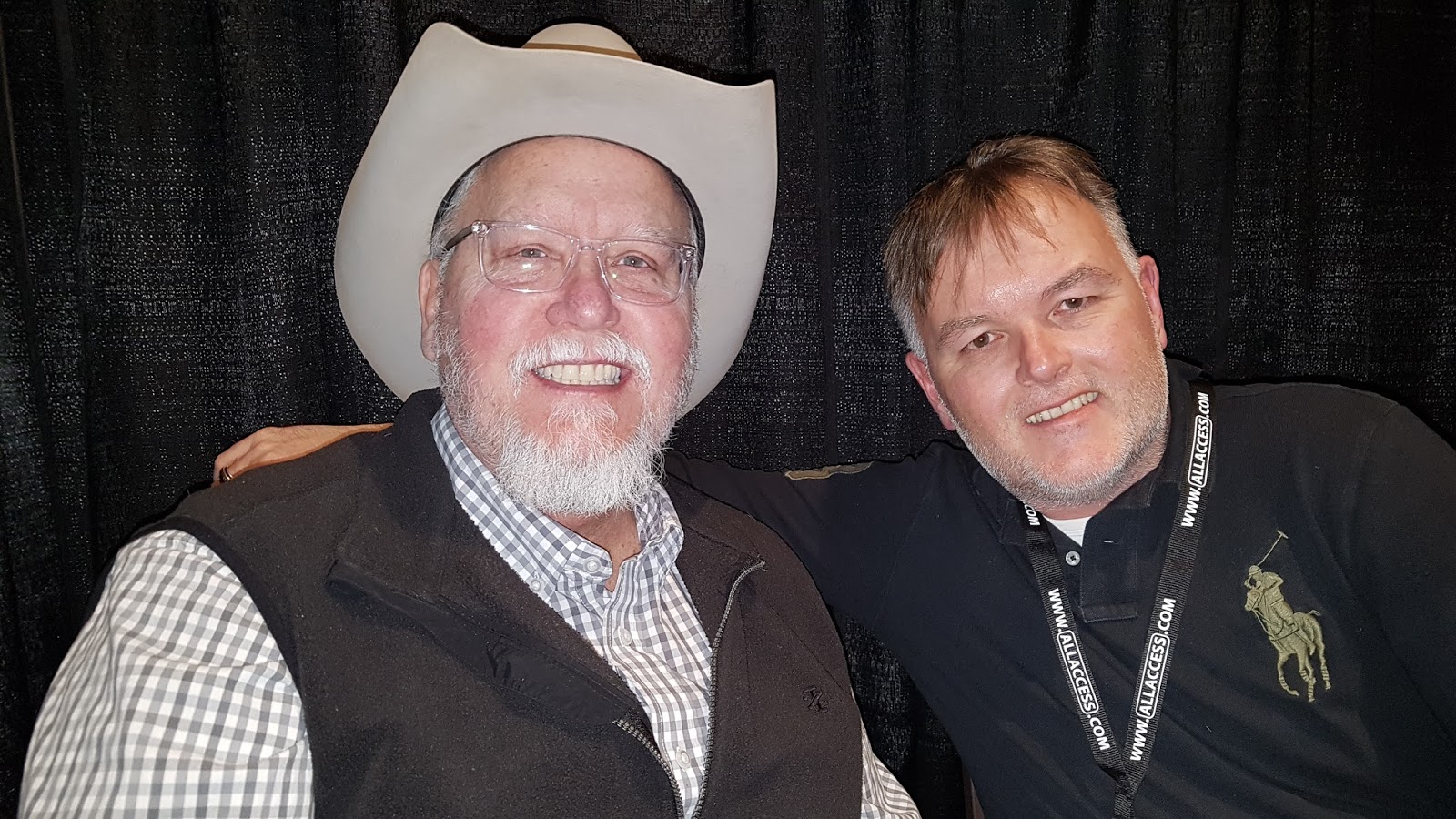 Over
the next two months, Max will be performing across England and Ireland
before returning to the states in May with performances in Branson, Mo.,
and returning to the Nashville Palace in June.

Max T. Barnes
is a second generation hitmaker and son of Max D. Barnes, who wrote
some of country music’s most iconic tunes like “Who’s Gonna Fill Their
Shoes” by George Jones, CMA Song Of The Year “Look At Us” by Vince Gill,
and of course, CMA song Of The Year “Chiseled In Stone” by Vern Gosdin.
Between Father and son they have had 33 #1’s and hits and have sold
over 70 million records. Barnes wrote his first major song at the
age of 19, Vern Gosdin’s “Way Down Deep,” and has been topping the
charts ever since writing “Let Go of the Stone” (John Anderson), “At the
Sound of the Tone” (John Schneider), “Before You Kill Us All” (Randy
Travis) and “That’s How Your Love Makes Me Feel” (Diamond Rio) to name a
few. “Love, Me,” the career launching hit for Collin Raye scored Max T.
a CMA Song of the Year nomination. He most recently scored a cut on
Trace Adkins new album titled “I’m Gone,” and tours frequently in
Australia, Ireland, Belgium, Scotland, England, Sweden, Norway, Canada
and the U.S. His new projects include a duet with Irish superstar Jonny
Brady, a U.K. released single, “Hen Party” and a new single and video
with Marty Haggard called “Way Back In The Mountains” a duet their
fathers, Max D. Barnes and Merle Haggard, written over 20 years ago. He
also produced a new album for Bobby Bare featuring all new songs and an
appearance by Chris Stapleton on an amped up new version of “Detroit
City.” For more information visit maxtbarnes.com.