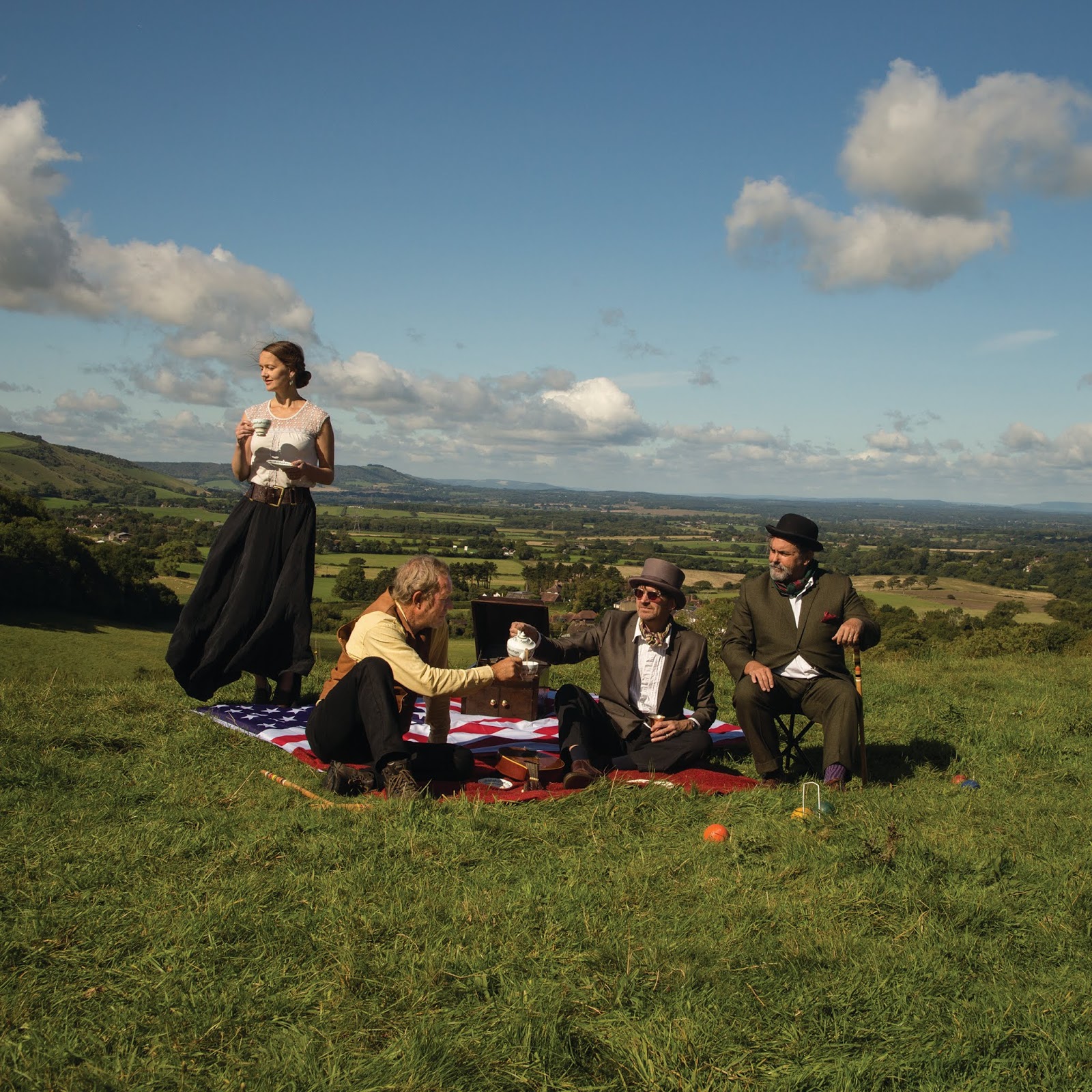 We
love to use our ‘ear trumpet lab’ microphone which is built around old
1940s style ribbon mics. This allows us to play near each other and
offer a more intimate show, as if we were just having
a jam in your kitchen. There are often some energetic manoeuvres needed
to get out of each other’s way!

Many music fans today get their information about artists online. Do you have your own website and what will fans find there?

We can be found at:

What inspired you to become a songwriter?

Songs
are something that we allow to come to us without trying too hard,
ideas grow into something bigger by the sharing process of being in a
band. We are very inspired by lyricists such as
Paul Simon, Tom Russel, Gillian Welch, Josh Ritter, Bob Dylan & Tom
Waits.

As an artist, you do so many tasks such as recording, touring, interviews. What do you like best, what’s your favorite activity?

Each
task brings its own joy, but ultimately we like playing together best.
Touring can be brilliant, seeing new faces and places yet emotionally
exhausting after many days on the road. Recording
can be exciting to embark on, but then tedious perfecting finished
product. We always come back to a sense of peace when we’re sat around
relaxed and feeding off each other’s musicianship.

Do you have any interesting stories about how fans have been affected by your music?

Two
spring to mind. We were wishing to use the song of our second album
Scarlet Ribbon to raise funds for women who had experienced domestic as
that was the subject of the song. Chloe and Phil
visited the local refuge to discuss and play them the track. One minute
in the woman asked that they should stop it. Chloe and Phil were
worried that they hated it but quickly realised that the women who
worked at the refuge were deeply moved.

Secondly
we were contacted by a Professor of English at the University of
Kentucky to use the song Way Up On The Hill as part of her lectures and
showreel on Civil War Death Photography. This
is where photographers would scout battlefields looking for corpses,
make them presentable and send the results to their families, for a fee.
The results were fascinating and are on YouTube.

Obsession
would be an appropriate word for all of us in relation to music. We’ve
all played since very young. Similarly the range of interests is broad
from modern classical through roots music,
rock and roll and ambient music. Direct influences arise from US and UK
folk music. If we had to pin down a single artist around whom we would
all to be it would likely be Gilliam Welch.

What was your big break that got you into the music business?

Hatful
formed and pretty soon were writing and arranging original music. We
went into the studio to record what we thought was a demo and came to
the attention of Union Music Store who signed
us to their label. Six months later we were up at the BBC doing a
session for Bob Harris.

Please tell us about the songs on your album (influences, etc)

All
the songs are by us individually then worked & arranged
collectively. We aim to emotionally connect with people but also
challenge them with difficult subject matter such as abuse or stories
of tragedy, we do miserable quite well.

Your current single is being played by radio. What do you feel is special about this song that makes people want to hear it?”

How much creative control do you have over your music?

We
now have our own record label so we have complete creative control.
This has great benefits, but is hard work, as it’s down to us to cover
artistic direction and admin tasks as well as schedule
keeping for recording and tour bookings.

Music
has many new fans throughout Europe who may be hearing about you for
the first time. How would you describe yourself and the music you play
to someone who has never seen or
heard you?

Hatful
of Rain music has emerged from the culmination of all our interests –
it feels like the best of the hybrid. We are moved by the excitement of
up temp bluegrass, the heartbreak of a Childe
ballad and the intricacies of modern classical composers like Glass and
Nyman. (Who James has played with)

Last
year was fairly quiet on the gigging front so  we spent more time
composing and working on arrangements. All the Hatfuls have side
projects including full on Americana roots outfits, ambient
noise, English folk and Skiffle – all these forms are on the agenda