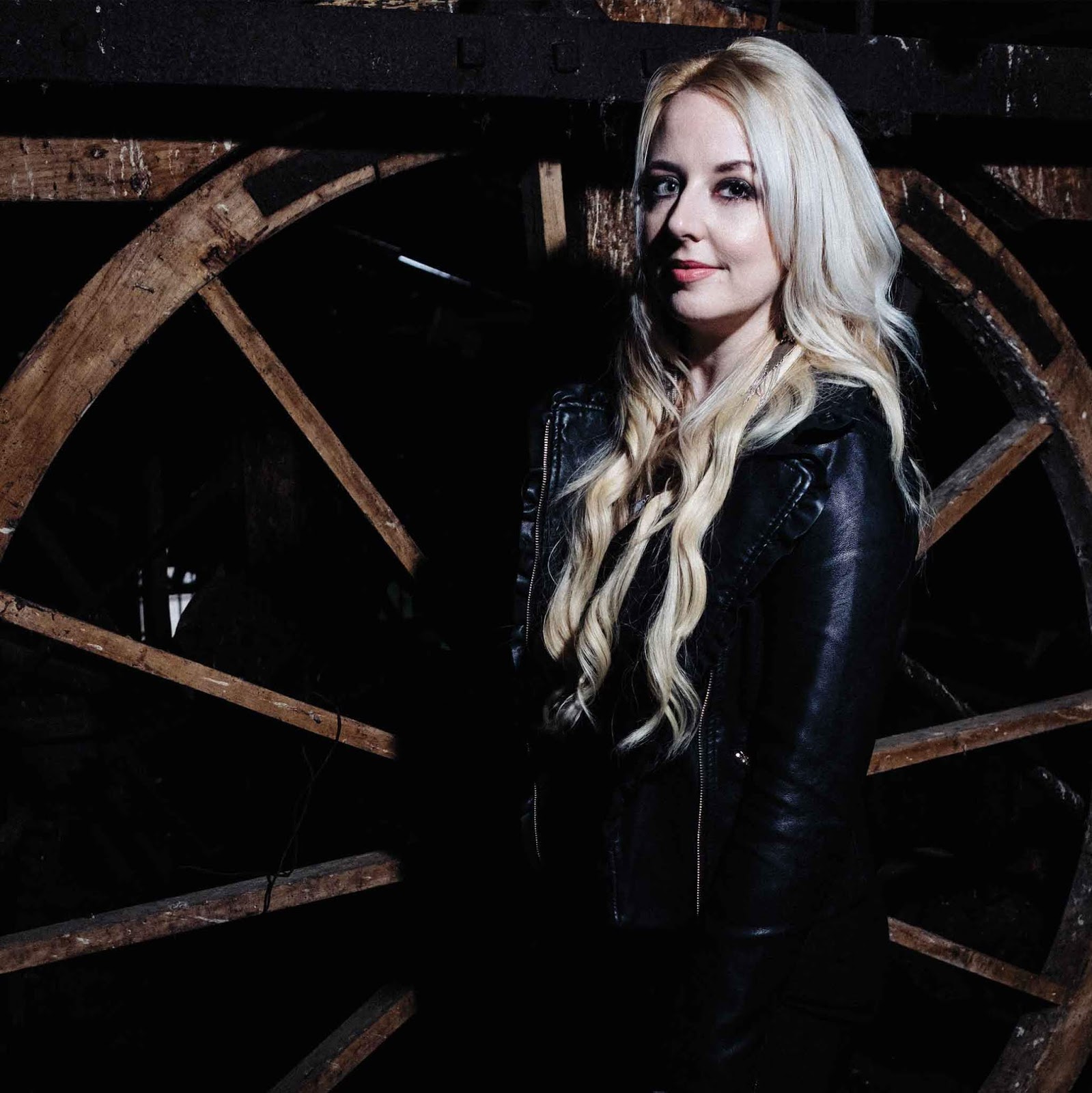 1.
Lamitschka:  Music has many new fans
throughout Europe who may be hearing about you for the first time. How would
you describe yourself and the music you play to someone who has never seen or
heard you?

I would say, folky
rocky rootsy stories with a tinge of gothic blues!

2.
Lamitschka:  Please tell us about the songs
on your album (influences, etc).

Letters Under
Floorboards features 11 tracks of original songs, three of which I co-wrote
with my Dad and the remaining 8 I wrote alone. It is a mixture of stories
inspired by real events (When Audrey Came
to Call – a song about a hurricaine that suprised the town of Cameron in Louisianna in the fiftees, I
Will Tell You When – a song about the locust plagues of America in 1874)
real people (Josephine – a song about
the life of icon Josephine Baker) fictional
stories (Chanel and Cigarettes – a
ghostsly story of murder and infidelity Brooklyn,
New York the tale of a hopeful irish immigrant coming to America) and
perosnal narratives about escaping emotioanlly damaging relationships (To Love You, Checkmate, Sculptor). I am
influenced mostly by good storytelling and roots music. I’m a big Jason Isbell
and Gretchen Peters fan, and I also love the slightly grittier side of
Americana bands such as Uncle Tupleo and the Jayhawks.

3.
Lamitschka:  What is the difference between
your last CD and your current one?

Answer:   My debut record Portraits which I recorded out in Nashville in 2015 is much more stripped
back and simple in terms of arrangements and production. Letters Under Floorboards is more dynamic and  focused around more of a full-band sound.
Also, all of the songs on Portraits are
narratives, whereas there is much more content that comes from personal
experience on Letters Under
Floorboards, as well as the more
storytelling songs that I love to write!

4.
Lamitschka:  You did a duet with Sid
Griffin. How did that happen to come about?

I met Sid Griffin at a gig in London at the
Troubadour. We were introduced by Nashville based bass player Mark Fain who
played on both of our recent recordings. I was pleasently surprised to find I’d
been listening to his music without realising for a long time, as my Dad is a
huge fan of the Long Ryders! We became great friends, and Sid features as guest
vocalist on my track I Will Tell You When.
The song is about the locust plagues
that ravaged the prairie lands in the states in 1874. It’s inspired by authour
Laura Ingles-Wilder‘s (Little House on the Prairie novels) account of experiencing these plagues as a
child. Sid Griffin plays the part of her father who tries to comfort his
frightened child. I co-wrote this song with my Dad, and Sid Griffin is a musical
hero of his! So tohave Sid feature on a song he co-wrote was a very special
thing.

5.
Lamitschka:  What is your favorite song
among all the songs you have recorded and what’s the story behind it?

I think my favourite song on this record would
be Chanel and Cigarettes. It was inspired
by a ghost story I had started to write as a child (I was very strangely
obsessed with ghost stories when I was small!). I came across the writing in a
box of childhood things and it occured to me just how much I would love to turn
it into a song! The main issue was getting all of the detail into a 4 minute
song, it took several drafts to get it just right, and I remeber feeling so
proud when it was finished and I was dissapointed that there was nobody in the
room with me to high five!

6.
Lamitschka:  Do you have any interesting
stories about how fans have been affected by your music?

Last year I released a stand-alone single entilted Sorry which I released for International
Women’s Day. It was a very hard song to write as it comes directly from my
personal experience of emotional and physical abuse in romantic relationships,
which I had been incredibly guarded about up to that point. I was very very
nervous to open up about these things and release the song, however the
response I received was completely overwhelmeing, compassionate and supportive.
I had many listeners (both male and female) write to me with their own stories
and experiences of similar issues, saying that the song had helped them to
share and open up about things that were very delicate to them, it opened a
dialogue and I was incredibly relieved and touched by this. The song can still
be streamed and downloaded, and all of the proceeds go to Women’s Aid, a charity in the UK who do incredible work to spread
awareness of domestic abuse and to support women and children struggling break
free from abuse.

7.
Lamitschka:  Before you became a star, were
your friends and family supportive or was it a struggle?

I was (and am) incredibly fortunate to have a
wonderfully supportive family and network of close friends. My parents are
particularly encouraging and always have been, which has been the firm
foundation for my persistance and
motivation in terms of writing, performing and releasing music.

8.
Lamitschka:  What inspired you to become a
songwriter?

I had always loved to write stories and poetry for as long
as I can remember, and also was always very musical (guitar, cello, a bit of
piano) and it never occured to me to put the two things together! At least, not
until the age of fifteen. An amazing youth worker who would come into my high
school to run music workshops, offered me my first real gig, but only on the
condition that I performed an original song. Her name is Caroline Murphy, her
confidence in me inspired me to write my very first song. We are still friends
now. I owe her a lot.

9.
Lamitschka:  What’s your favorite song that
you wish you could have recorded?

Good question! My answer to this changes all the
time. At the moment I would have to say If
We Were Vampires by Jason Isbell. To my ears it is just a perfect song, the
lyrics, the storytelling, the metaphor, and the slight gothic tinge to the
lyrics. Beautiful, poetic and inspirational.

10.  Lamitschka:
What message would you like to send your European fans?

The message I would like to sned to my European fans
is – thank you, and I can’t wait to meet you! I haven’t done much touring in
Europe up to this point and I am so excited that this record will be released
across Europe, and I am very much looking forward to performing across Europe
and connecting with new people and new listeners!