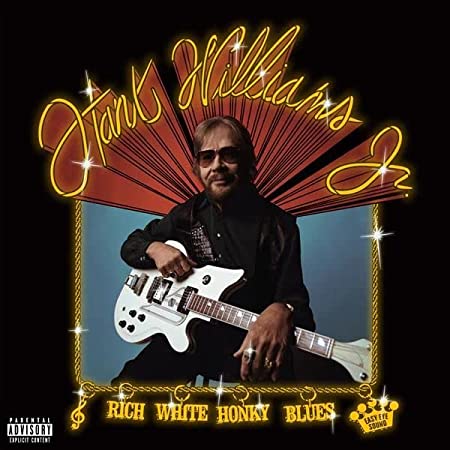 (remake of “My Name Is Bocephus”)

If you’ve been around country music for any length of time, chances are you’ve heard of Bocephus, Rockin’ Randell Hank, the one we know as Hank Williams, Jr., son of the one known as the Heartbeat of Country Music that resided in Luke The Drifter, Hank Williams, Sr.

Hank Williams, Sr. wrote and recorded foundational songs in country music like I Saw The Light, I’m So Lonesome I Could Cry, and Your Cheatin’ Heart, among so many others.

Well, the apple doesn’t fall far from the tree, as his son, Hank Williams, Jr., became another country music superstar internationally. He crooned his country blues in hits like Whiskey Bent and Hell Bound, Family Tradition, then rocked our country world with hits like Born To Boogie and All My Rowdy Friends Are Coming Over Tonight, among others.

Daddy Hank sang the blues and bent those guitar strings to introduce country blues as no other. Hank, Jr. proceeds to tell us about Daddy Hank in Rich White Honky Blues on this CD. Now, I must forewarn you, Rich White Honky Blues has some explicit language that was not edited out. Instead, the flavor of the CD is that Hank and his band broke out the whiskey and maybe a cigar or two, jammed on some of the finest blues and southern country rock rif’s, and laid down these tracks.

Songs include .44 Special Blues, Georgia Women, and My Started Won’t Start feature the soul of B.B. King and other greats.

Throw in some Marshall Tucker Band and you begin to rock with Fireman Ring The Bell, Rock Me Baby, I Like It When It Rains, and TV Mama. Hank also gives himself a new nickname in Call Me Thunderhead.

Last but certainly not least, Hank pays tribute to the spiritual side of his roots with Jesus Won’t You Come By Here.

Rich White Honky Blues is all you’d expect from Hank… blues, southern country rock, and Jesus… recorded with a group of friends letting their hair down and you are right there with them in the party.

So, grab your harmonica, guitar, or get pour yourself some whiskey and jam along with Thunderhead Bocephus, The One and Only Hank Williams, Jr. and his rowdy friends.

Great stuff… destined to be another classic from the master!

Eddie Powell, On-Air Personality, Voiceover Artist, and Spokesperson has many years in country radio, satellite, and television to his credit. He is also an international square dance caller. Reach out to him via Country Music News International or Eddie@EddiePowell.com

This album by Caitlyn Smith is a testament to …

It’s always been my mantra that life is short so why listen to mundane, uninteresting music.

This Floyd, VA native is an absolute sensation awaiting to be massively accepted as a star.

Not only in the US, but across the pond and beyond