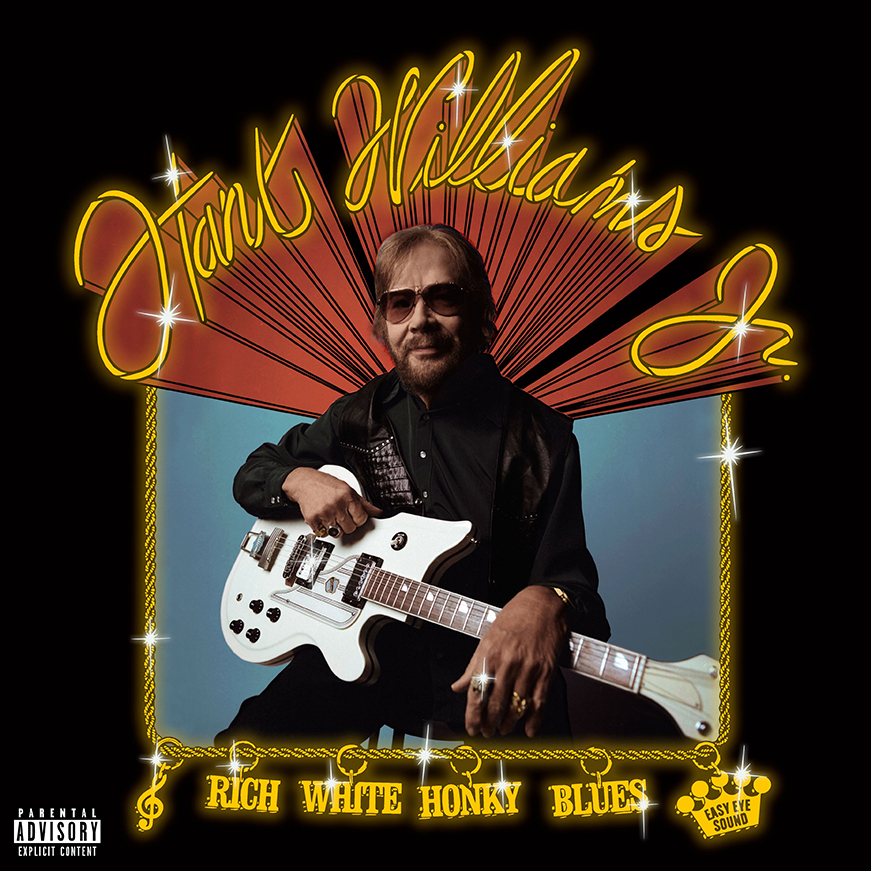 Hank Jr. goes back to the roots music that inspired him and his father

A new album by Hank Williams, Jr. is always going to be an event. When it’s a Hank Jr. album that steps outside the circle where most country music fans feel comfortable, it’s a major event.

It’s been about seven years since he released an album with any original music and the new album features a mix of original cuts and covers of roots blues songs.  Williams smartly preempts sneers from diehard Blues fans with the album’s title: Rich White Honky Blues.  Yeah, he seems to say, I’m a rich, white honky but I can sing the blues if I want to.

Now aged seventy-two, Williams is returning to the music that first caught his attention when, as a child in Greenville, AL, he was hearing country blues from Mississippi and Alabama. Legend has it that his father was taught to play guitar by Rufus “Tee-Tot” Payne, influencing the senior Williams’ unique blending of hillbilly, folk and blues.

Here, we find Williams’ take on songs like Muddy Waters’ “Rock Me Baby” and the Lightnin’ Hopkins tune “My Starter Won’t Start.”  He sets the tone for the album with a brief (under two minutes) nod to Robert Johnson with “44 Special Blues.” In the middle of the album’s title track, he pays tribute to the bluesmen that inspired him:

I was raised on Bo Diddley

I hung out with Lightnin’ Hopkins

And like Bo Diddley and Jerry Lee Lewis, in several songs Williams refers to himself in the third person, using his alter ego, Thunderhead Hawkins.  Listen to the album’s title track at YouTube here https://www.youtube.com/watch?v=TDugOGMAOB4.

The album was produced, essentially ‘live’ in the studio, by Grammy-winning producer Dan Auerbach who brought in electric slide guitarist Kenny Brown, bassist Eric Deaton and drummer Kinney Kimbrough.  Auerbach said, “If you wanted to play this kind of music, you couldn’t have better players,” adding: “The first time I ever saw Hank Jr. on TV, I was a kid raised on Robert Johnson and Hank Williams, Sr. records, and those things came through so clearly watching him. So, I tried to assemble the right parts to just sit in that piece of who he is.”

With “explicit” lyrics and the adult themes and language that are at the heart of the blues, the tracks on this album will never be added at Country radio (and probably not at any terrestrial radio station) but Hank Jr. is at that stage of his life where he doesn’t care about stuff like that.

As Williams has said of this album, “Blues is what it is – and whoever you are, there’s a dose with your name on it. You can let it knock you down, or you can stand up and play the guitar, witness to what happened and throw down hard to get rid of it.”