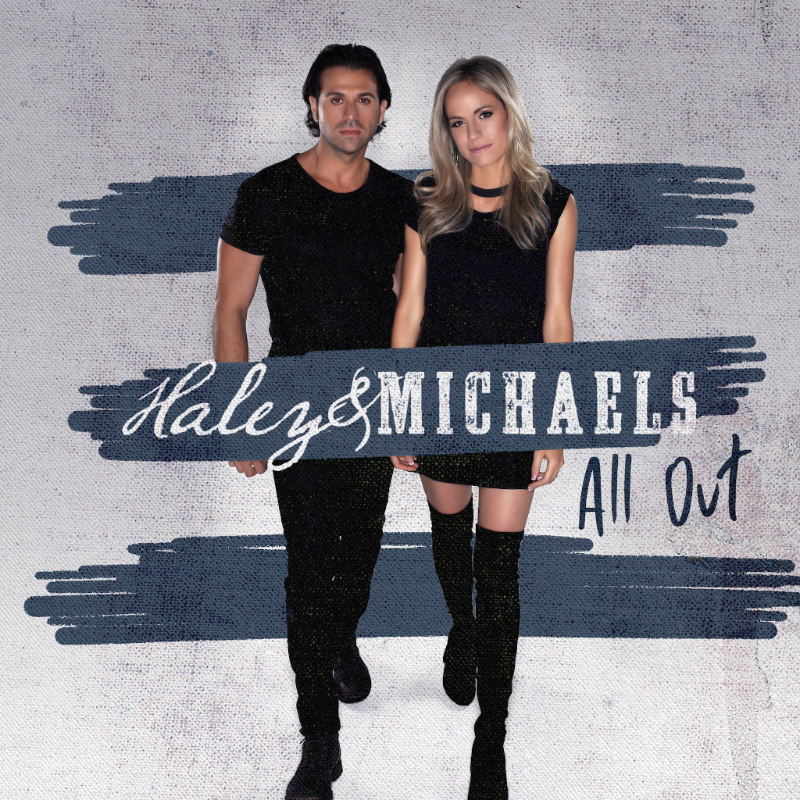 HALEY & MICHAELS CREATE POWER ANTHEM WITH NEW SINGLE “ALL OUT”

HALEY & MICHAELS CREATE POWER ANTHEM WITH NEW SINGLE “ALL OUT”

Available on Spotify and Other Streaming Services TODAY

NASHVILLE, Tenn.— Singer/songwriter duo Haley & Michaels (Shannon Haley and Ryan Michaels) are catapulting into 2018 with their new single, “All Out,” available now on Spotify and other streaming services. The single has already landed on Spotify’s New Music Friday and Wild Country playlists.

Co-written by Haley, Michaels and Matt McVaney, the single evokes Keith
Urban’s brand of adventurous pop-country, with Haley & Michaels
delivering their fresh vocals in a rapid-fire rhythm and an added edge
of rock guitars holding it all together. The song was co-produced by
McVaney with Zach Abend and mixed by Chris Lord-Alge.

“This song is about that moment when you commit to going for something
whole-heartedly regardless of the outcome,” says Shannon Haley of the
song’s message. “It’s largely inspired by our journey in the music
industry as well as our personal relationship,” adds Michaels.

“All Out” is the second release from Haley & Michaels in two months,
following their song “Me Too,” a personal response to the #MeToo
movement that has been sweeping the nation. “Me Too” has Parade
raving that “Haley & Michaels’ song offers both hope and
understanding to anyone who’s been here.” One-hundred percent of the
duo’s proceeds from “Me Too” are being donated to the founder of the
#MeToo movement, Tarana Burke, and her foundation to help victims of sexual harassment and assault.

Haley & Michaels recently signed with Hickory Records/RED Music and
Sony/ATV Publishing and are in the studio working on their debut
full-length album due out later this year. The duo has previously shared
the stage with the likes of Sam Hunt, Brett Eldredge, Chris Young and
Old Dominion and have had performed twice on NBC’s Today, earning a fan in Hoda Kotb.

Haley & Michaels grew up in Northern California just three miles
apart, but didn’t meet until their guitarist introduced them in
Nashville several years ago. They had immediate chemistry and have been
writing and recording together ever since; they were married in May
2015. The duo has been featured on numerous Spotify playlists, and has
also experienced great success on SiriusXM’s “The Highway,” selling more
than 200,000 units independently. Haley & Michaels recently signed
with Hickory Records/RED Music and Sony/ATV Publishing and are in the
studio working on their first full-length studio album due out later
this year. For more information on Haley & Michaels, visit www.haleyandmichaels.com or follow them at @haleynmichaels on Twitter, Facebook.com/HaleyandMichaels.