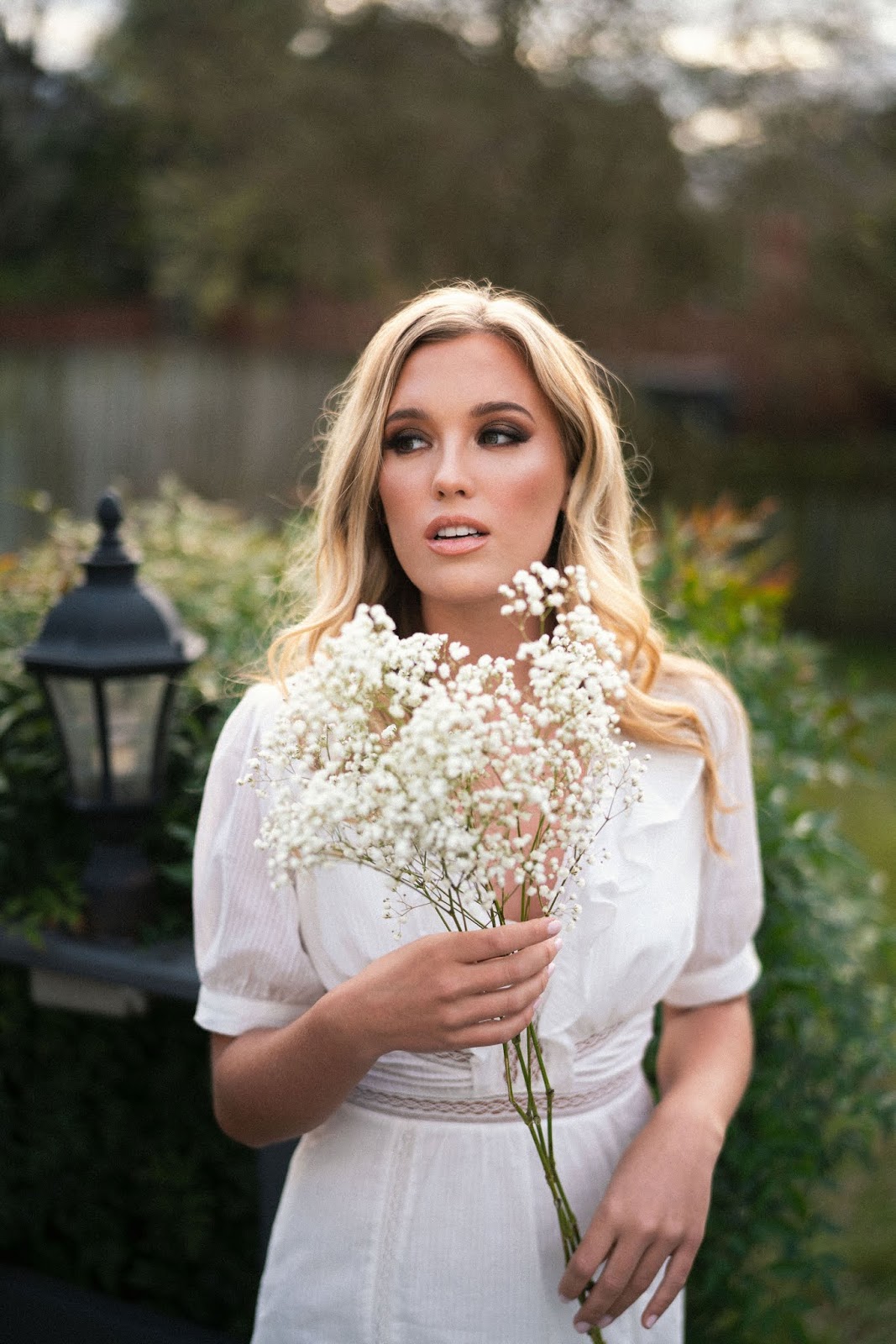 Well, I’m a 19 year old Country singer/songwriter based out of Nashville, Tennessee but originally from Oregon. I’ve had a passion for music for as long as I can remember – and as I grew, my love for it grew. I made it a plan to move to Nashville at 11 to pursue a music career, so when the time came and I was able to graduate high school early and work to save money…I jumped on it. I made the move in late 2018, and the rest is history. I like to describe my sound as Country with a splash of Pop and a whole lot of Soul. I grew up listening to just about every genre there is, and I think it shows. Some of my biggest influences include Sheryl Crow, Miranda Lambert, The Dixie Chicks, Taylor Swift, and Fleetwood Mac. I was never trained classically, and I taught myself how to write. I think a lot of people would consider that a weakness, but I think it’s a strength. It’s helped me to really focus on being myself and finding my own sound instead of following all the “rules” that come with genres and song-writing. I just play/write what feels good. I write most of my own songs, and it’s a goal of mine to be as honest/as genuine as I can with my music. I just want to connect with the listeners and make them feel understood.

My debut single, “The One” is out on April 24th! I wrote it while reflecting on a relationship that was finally coming to an end after two years of ups and downs. It’s a nostalgic yet hopeful twist on the commonly heartbreaking experience of losing your first love. I think it’s often overlooked that your first love usually isn’t your last, because it’s not as romantic as the latter. But being the one to teach someone how to act right when the final “One” comes around is surely just as important. Maybe even more!

I know that people always love a good vibes, party song – especially when it comes to Country. But, honestly I love a good heartbreak song. The songs that made me feel the most, got me through tough situations, and that I would play over and over growing up [and still] were always the sad ones. I think there’s something so cool and vulnerable about recording a sad song. I feel like they’re always so honest, and it always blows my mind how many people can relate. Like…you write a song thinking it’s so specific to you and a situation you’ve faced, and then you play it for other people and they can relate. It might be in a different way, or from a different perspective – but they still connect to it. It’s really cool. To know you might be helping someone through something, or to feel less alone. That being said, it’s a blast to do up tempo songs too!

I’m inspired by any artist who are just genuinely themselves. I love Miranda Lambert, Shania Twain, Sheryl Crow, and Fleetwood Mac. They’re all so different, but also all such strong, powerful, confident artists when it comes to their sound and staying true to themselves. Genetically my music roots aren’t super deep. My aunt is a lovely musician, but other than that – I don’t really know where I got my voice or anything like that! But non-genetically, my musical roots are super deep. Music is a huge part of me, I don’t feel complete without it! I feel like I’m meant to be doing it, it’s the only thing that feels truly fulfilling and I wouldn’t trade that feeling for the world.

I think my earliest inspiration to pursue an artist career was my aunt, Lydia Miller. She had a CD out when I was super young. I remember thinking it was so cool, and telling all of my friends that my aunt was a Country music singer. She ended up deciding the industry wasn’t for her later on, but I think seeing that early on really kick started my interest. I don’t remember a time when I didn’t sing, I grew up with it. My cousins and I would put on these “shows” in my grandma’s living room every Thursday, I would perform in the school plays and talent shows, I would spend hours in my room singing or going on youtube and watching every video I could of the artists I loved performing. I was absolutely obsessed with it. Every time I would think that I should maybe do something else, or that it wasn’t a reasonable career, the universe would get me inspired again somehow. Whether it was going to concerts, or finding an artist that I was totally intrigued with. I just knew it was something I needed to pursue.

Honestly, Taylor Swift. I grew up loving to sing, but I never really knew about songwriting until she started to be talked about. I remember a very specific moment where I was watching an award show on TV, and Taylor was singing “Tim Mcgraw”. I was probably 7 or 8 years old, and everyone was talking about how impressive it was that she wrote almost every song on her album. I was instantly mind blown and inspired. She was a young girl, telling her own story, with her own words and people were listening. I wanted to do that. I had always loved to write, but I never realized that there was a way to combine singing and writing. I think it was learning that, that opened my mind to the idea of it. I started trying to write without an instrument and it was hard. So, eventually I picked up guitar and that was it. I haven’t stopped writing songs since.

Answer: I’m not afraid to experiment with sounds, or to say exactly what I want to. I’ve never tried to fit myself into a box, in any area of my life – and I want that to show in the way I make music. I really want to embrace everything about myself that’s different. It’s not always easy – but it’s something I’m striving for. I think as an artist, it can become easy to feel like you need to talk about certain subjects or make a certain type of music in order to be successful, or for people to accept you. I never want to succumb to that. I want everything that I put out to feel like an extension of myself and what I feel or believe in. I don’t want to be like anyone else, and I hope that makes me stand out.

So many places! The two places that would probably be the most magical to play for me would be the Grand Ole Opry and the Ryman Auditorium. They both are such iconic venues when it comes to Country music, and they both hold a very special place in my heart. The Opry is somewhere that I think every aspiring country artist dreams of playing. I’ve actually been backstage at both venues, and it just made me want to be on that stage even more! Other than that, I think it’d be a blast to play Bridgestone Arena, and eventually the Arena in my hometown – Matthew Knight Arena.

I do! My website is haileyemillermusic.com. You’ll find all sorts of good stuff there like new music, show dates, press, photos. Maybe even some merch in the future! You can even reach out to me on my contact forum. I’d love to hear what you think about the new music! You can also stay up to date with me through other socials like Facebook and Instagram @haileyemillermusic.

Oh, this is a hard one! Hmmm, I’m going to have to go with either Dreams or Landslide by Fleetwood Mac. Those are two of my absolute favorites. They just feel so raw – both the lyrics and the way they’re performed. I think Fleetwood Mac is absolutely genius. Personally, I feel like don’t overcomplicate things, yet it’s still such interesting music. I’d love to put out music like that.