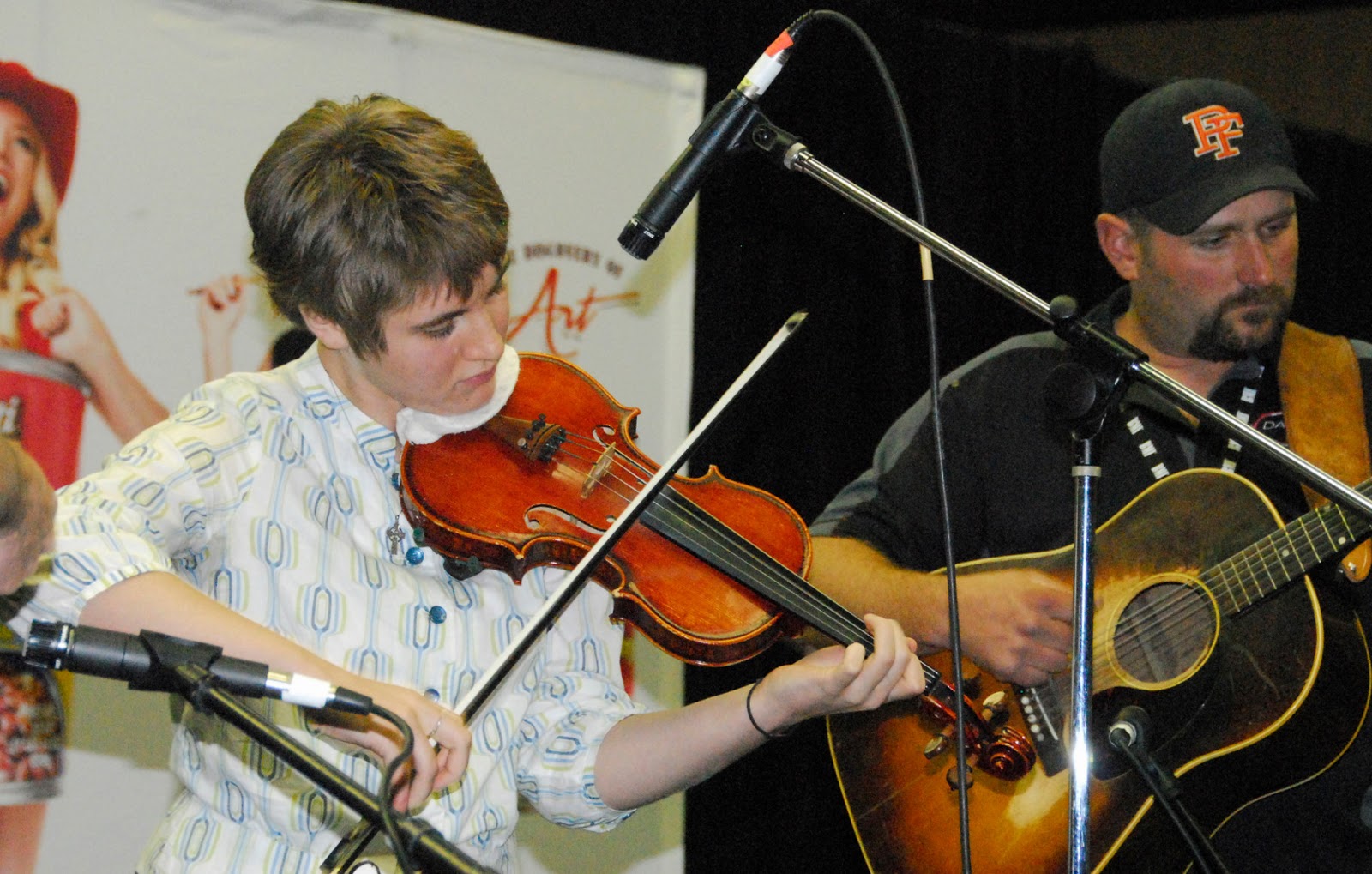 Photo by Randall Franks
The Country
Music Hall of Fame® and Museum’s welcomes the Grand Master
Fiddler Championship, Inc. to its Ford
Theater Aug. 30-31 (Labor Day
weekend). The championship draws competitors from around the world and includes past
participants such as Grammy®
winners Alison Krauss and fiddle master
Mark O’Connor.
“The Grand Master Fiddler Contest win I
had at age 13 counts as one of the most amazing experiences I ever had in
competition,” O’Connor said.
This contest, the premier fiddle
championship of its kind in North America, was originally held in conjunction
with CMA Fan Fair from 1972 through 1997 sponsored by the legendary WSM AM 650 Radio and the Grand Ole Opry. With the help and
advice of long-time supporter E.W. “Bud” Wendell, former CEO of Gaylord
Entertainment and head of the Grand Ole Opry, the event was re-established as a
501(c)(3) nonprofit in 2005 by Howard Harris and Ed Carnes.
“The purpose of the Grand Master Fiddler
Championship is not only to recognize the top fiddle player in North America or
even the world; but to also educate about and perpetuate fiddling as an art
form and cultural treasure,” said Howard Harris, chairman and CEO of the Grand
Master Fiddler Championship and the son of the late Perry F. Harris, M.D.,
D.D.S., F.A.C.S., founder of the contest.  “Collaborating with the Country Music Hall of Fame and Museum will
enable us to maximize our shared mission to support this music, and given our
educational goals, it just makes sense to all involved that this move will help
preserve this style of music for future generations.”
With the new youth division added last year,
and recognizing that the average age of the Top Ten is less than 20 years of
age, the new date will allow more young people to attend and compete during
the Labor Day school break, according to Harris.

“We are
pleased to host the Grand Master Fiddler Championship as part of the
educational offerings in the Country Music Hall of Fame and Museum’s Ford
Theater,” said Jay Orr, vice president of museum programs. “Henry Ford loved
fiddling and staged contests of his own in the early years of the last century,
and fiddling was featured on many of the first recordings of country music. To showcase
some of the best players in the world, in partnership with the Grand Master
Fiddler competition, is in line with our goals of encouraging a love and
knowledge of the music, especially among young people.”

Celebrity host
for the event is film star and International Bluegrass Music Museum
Legend
Randall Franks, “Officer Randy Goode” from TV’s “In the Heat of the
Night.” Franks is also known as the Appalachian Ambassador of the Fiddle
and is a past participant at the event.

After eight years as part of the International
Bluegrass Music Association (IBMA) “Fan Fest,” the move to the Country Music
Hall of Fame and Museum was partially in response to the IBMA changing their
events from Nashville to Raleigh, NC, in 2013.

“Logistically, this move was creating
quite a challenge for us in terms of scheduling, financial and operational,” said
Ed Carnes, Grand Master Fiddler Championship vice chairman and EVP.  “Our staff is 100% volunteer, so keeping the
event in Nashville is important.”
“The IBMA has been an excellent partner
for the Championship and we would not have been successful without their support
for the past eight years,” Harris added.
“We will miss working with them during “Fan Fest” and are excited for their
future plans for the World of Bluegrass Convention and Fan Fest Sept. 24-28 in
Raleigh, N.C.”
For more information, visit www.grandmasterfiddler.com.

About the
Country Music Hall of Fame® and Museum