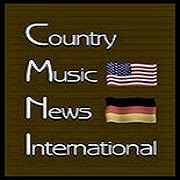 In
2005, Southern Gospel Music FanFair launched its inaugural event in
Chattanooga, Tennessee. The event moved to Pigeon Forge, Tennessee in
2009. The following year, Wilds & Associates launched the Country
Gospel Music FanFest, adding even more variety for Gospel music fans.
As
announced earlier this year, SGM FanFair and CGM FanFest have been
combined into one event, beginning with the 2014 season. Gospel music
fans can now enjoy a variety of traditional and progressive Southern,
Country, Bluegrass, Inspirational and Urban Gospel music at the new
Gospel Music FanFair.
Scheduled to take place May 12-17, the all new six-day mega event will
premier at the state-of-the-art theatre of the Center for Rural
Development in Somerset, Kentucky. The prestigious Center is located in
the heart of the beautiful Lake Cumberland. The theatre is the “crown
jewel and showpiece’ of The Center, where some of the top names in music
have performed including the world-renowned National Symphony
Orchestra.
On-site
parking and plenty of nearby hotel accommodations will ensure
convenience to artists, vendors, and fans. And in addition to all the
outdoor fun of Lake Cumberland, Somerset offers a wide variety of shops,
restaurants and attractions suitable for the entire family.
The
week of Gospel Music FanFair will feature morning worship services,
afternoon matinees, daily showcases, evening concerts, and talent
search. Presented by Christian Voice Magazine, the Gospel Music Fan
Awards program will be held on the final evening of the event.
With great anticipation of their 10th anniversary
event, Wilds & Associates has announced yet another major change –
no admission charge for general seating. While tickets are still
required for artist circle seating, a recent vote among the Gospel Music
FanFair Board of Directors resulted in a “no admission charge” policy
for general seating. Instead, love offerings will be received each
evening throughout the week.
Wilds
& Associates president and CEO, Randall Wilds, states, “By choosing
to operate on a love offering basis, we believe this will make it more
economically feasible for families to attend. We also believe that
Gospel music fans are loyal and will support the event with their
generous financial contributions. We feel great about this decision, and
we look forward to celebrating our tenth year with Gospel music fans
and their favorite artists.”
Nearly
100 artists are scheduled to appear throughout the week, including The
McKameys, The Dixie Melody Boys, The Freemans, The Greenes, Wilburn
& Wilburn, The Hemphills, Phil Cross, The Roarks, Ann Downing, The Shepherds, John Lanier, Sunday Drive, Eternal Vision, and many more.
Everyone
is cordially invited to join us for this special 10th anniversary event
as we continue the tradition of Gospel music, fellowship and family fun
– creating wonderful memories for years to come.
For more information, visit www.gospelmusicfanfair.com or call Wilds & Associates at 205-662-4826.
Dear Gospel Music Fan,

Christian
Voice Magazine has merged their awards programs formerly known as the
Southern Gospel Music Fan Awards and the Country Gospel Music Fan
Awards. The change was made to coincide with the new six-day Gospel
Music FanFair event being held this spring in Somerset, KY and to
accommodate a broader spectrum of Gospel music sub-genres.

Voting began in early
February with the open nomination ballot where fans listed their choices
in 25 categories. As a result, Christian Voice Magazine has just
announced the top ten finalists for the 2014 Gospel Music Fan Awards.

Jason
Crabb leads with nominations in eight categories. In addition to
‘Favorite Male Vocalist’ and ‘Favorite Crossover Artist,’ Crabb’s “Love
Is Stronger” CD has been nominated for ‘Favorite Album’ and his hit
radio single, What The Blood Is For, is among the top ten for ‘Favorite
Song.’

The
Roarks and Tim Livingston come in together with five nominations each
while Marty Raybon, Brian Free & Assurance, Ava Kasich, and
newcomers Ashley Repass and Jesse Reece each nab four nominations. Karen
Peck & New River, Triumphant Quartet, The Dixie Melody Boys, and
The Parish Family all have multiple nominations as well.

Gloria Gaither, Archie Watkins and Gerald Wolfe are among the top nominees for ‘Living Legend.’

Awards will be given as winners are announced at the 2014 Christian Voice Gospel Music Fan Awards program on May 17, 2014, during the 10th annual Gospel Music FanFair at the Center for Rural Development’s Performing Arts Theatre in Somerset, KY.